You might not be used to seeing the word “chicken” in a vegetarian recipe.

However, the term “chicken-fried” just means that the noun/food (in this case, maitake or “hen-of-the-wood” mushrooms) is breaded and fried like you would fried chicken. So don’t worry — I haven’t regressed on my twelve years of vegetarianism.

If you didn’t know what chicken-fried meant, don’t worry — I didn’t either, until I was recommended this recipe by none other than the creator herself, Carla Hall.

Hall — a famous, kooky and totally awesome celebrity chef known for her captivating cookbooks, wild style and appearances on food TV shows such as “Top Chef” and “The Chew” — visited Miami University on Nov. 14. She captivated an audience at Hall Auditorium with her hilarious and shockingly relatable tales of her childhood and rise to fame, but even better, I got the opportunity to chat with her before the talk.

I explained to her the concept of the Weekly Veg and asked if she had any recipes to recommend.

When the first excited suggestion out of her mouth had “mushrooms” in the title, I was instantly hooked.

Those of you who know me, or who are avid readers of the Veg, are well aware of my love for mushrooms. If a menu item has mushrooms in it, I will likely order it just for them. The pasta bar at Maplestreet is used to my order of “as many mushrooms as you are allowed to give me, please.” Out of the 10 Weekly Veg articles published since its beginning in late Feb., two have contained mushrooms, and I have plans for more. (Consider yourself teased, readers!)

Some people are mushroom-haters, and that’s okay. But I’m proud to say that this recipe, a Carla Hall original in collaboration with plant-based brand Califia, turned at least a few of the more anti-fungi The Miami Student staff members into, at the very least, tolerators of the ‘shroom.

Though it sounds complicated, with more ingredients than most other previous recipes covered in the Veg, it’s really mostly spices and flours — onion and garlic powders, cayenne, paprika, all-purpose flour and rice flour. You’ll also need some basics like milk (the recipe recommends plant-based, but I used cow’s milk), oil, salt and pepper, and pepper gravy is a must, though I just got the powdered stuff from Kroger and that worked just fine.

Big grocery chains like Kroger and Walmart simply do not sell them here. Though I found online that shiitake or portobello mushrooms can be substituted for a “similar” flavor, I wanted to stay true to the recipe — so I made the 35-minute drive into Fairfield to visit Jungle Jim’s International Market, where I easily found them sold in half-pound containers in the iconic mushroom section.

It was worth the drive.

As for the actual cooking, once you get the hang of it it’s pretty simple. It’s only a matter of setting up your dredging stations (aka the cornstarch, milk and flour you dip the mushrooms in, in that order, before frying) and frying station, then timing it right so you’re dredging and frying without taking your eye off of the stove or running out of dredged mushrooms.

After originally making it for The Student’s Friendsgiving dinner, I actually ended up frying up some more a week later and found it much easier the second time. (This time, I used portobellos from Kroger, and I have to say that the maitakes fit the flavor profile better — but the portobellos were still delicious!)

Speaking of Friendsgiving, I think it’s safe to say that this recipe was generally beloved by The Student’s staff — mushroom lovers and haters alike. Seven of us tried the mushrooms and rated them out of 10 points.

Jake Ruffer, The Student’s photo editor, loved the recipe, giving it a 10/10 rating.

“I ate three of them with frightening speed,” Ruffer said.

Even Luke Macy, assistant Campus & Community editor, who is also known to be an avid hater of mushrooms, rated the crunchy, slightly spicy maitake bites an 8/10 — the lowest rating of the night.

When asked about his decision to be the only ranking under 9/10, Macy simply said, “I don’t like mushrooms.”

But he ate all of his — and that speaks volumes of this recipe. 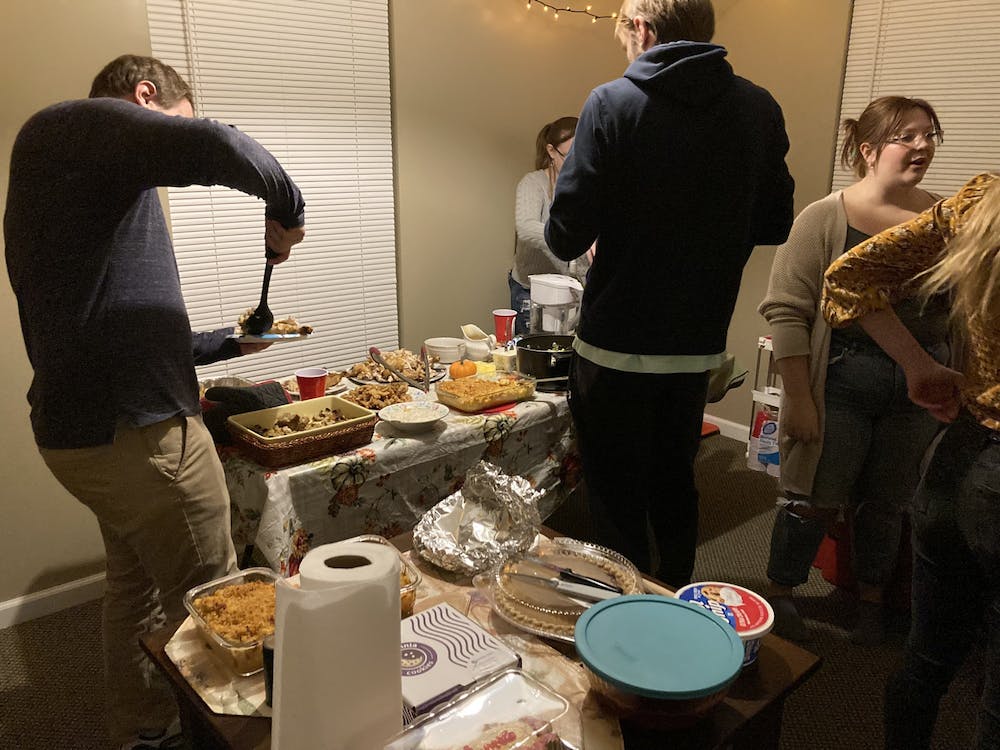 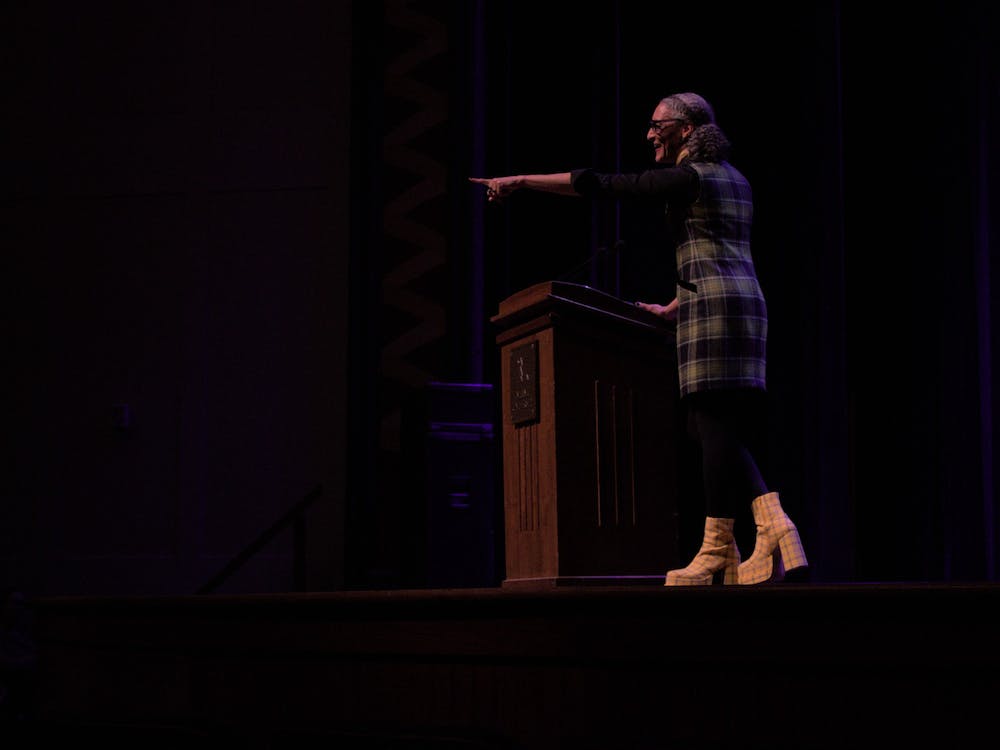 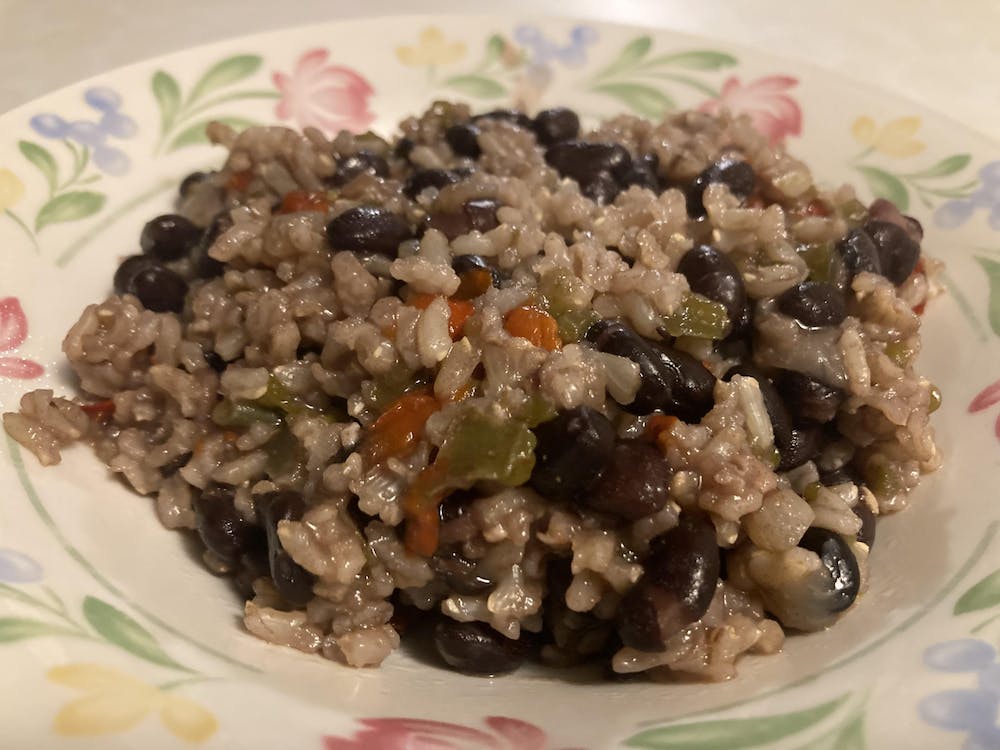 Arroz congrí is so much more than just beans and rice tossed in a pot and cooked. Try this recipe — journey to my childhood with me. You won’t regret it.