Ever since I found out why Miami University is named Miami, after the Miami Tribe of Oklahoma whose land the school is built on, I have wanted to learn more about the Myaamia people; luckily for me, one of my roommates this year is Myaamia.

Her name is Abby Strack, and she is a senior primary education major, as well as a wonderful friend and a fantastic cook.

When I asked if Abby would be willing to teach me a traditional Myaamia recipe for the return of the Weekly Veg column, she was happy to do so!

And so, I present to you the recipe she showed to me: pawpaw bread.

Pawpaws are a green-skinned fruit with large black seeds and a mushy yellowish inside texture similar to a soft banana, and though I had never heard of them before making pawpaw bread, the Myaamia people have historically used them to eat raw and to cook in many different recipes.

They can be a little hard to get in your typical grocery store, since they’re not stocked at Kroger, but Abby managed to procure some pawpaws for the bread, which is similar to banana bread but not as powerful of a taste, allegedly.

I’m allergic to bananas, so this was my first time ever trying some kind of fruit-bread, and I was hyped!

The recipe we followed was from a blog called Alexandra’s Kitchen, with a few changes suggested by a Myaamia friend of Abby’s with whom she had first baked the bread. For instance, instead of the called-for 2 cups of sugar, we only used 1 cup so as not to overpower the bread with sweet; we also increased the vanilla measurement from ½ of a teaspoon to 1 full teaspoon.

Overall, the recipe was ridiculously easy and made two of our small loaf pans’ worth of perfectly browned and risen pawpaw bread.

The hardest part, in my opinion, was just getting the mushy inside out of the pawpaw and sorting out the seeds — but that wasn’t too difficult. The seeds are coated in some kind of skin, so once you really get your nails into it, the fruit will slip completely off the seed in one piece. It’s a fun texture to play with, too — squishy, but not gross.

Best of all, we saved the seeds and Abby is going to try to plant them somewhere and grow her own pawpaws. They’re currently sitting in a bag on top of our fridge, wrapped in a wet paper towel, as we try to get them to sprout.

Other than the pawpaw preparation, it’s a pretty normal bread recipe, and most of the hour-or-so that this recipe takes is just waiting for the bread to bake in the oven.

I tend to shy away from longer recipes for the Weekly Veg normally, but time in the oven for your food is a great time for you to be productive — do some homework, clean your room or just watch the bread slowly rise through the glass door. It’s up to you.

Once the bread was done, Abby and I gave it some time to cool before tearing in. She suggested we each cut a thick slice and butter it before eating, and I followed her recommendation — thankfully, because it was delicious.

The bread itself was sweet, but not overpoweringly so, and slightly tangy from the pawpaws. The buttery spread added a perfectly complementary lilt of salt. And while the inner part of the bread was soft and moist, the outside had crusted and caramelized to what was easily my favorite bread crust ever.

The only bad thing: it turns out that I am mildly allergic to pawpaws, so I did have a mild allergic reaction after eating the slice. But it was so good that that did not stop me from popping a Benadryl and going back for a second slice.

(I do not recommend eating things you are allergic to, by the way. Don’t try that at home.)

All in all, I wholly recommend pawpaw bread to anyone who can get their hands on some pawpaw fruit. This was a fantastic recipe — easy, quick and mouth-wateringly good — and I will definitely be making it for friends and family when next I can find some pawpaws.

Even better, it’s a great way to celebrate Myaamia culture and food, especially now, in our 50th anniversary of collaborating with the Myaamia Center. 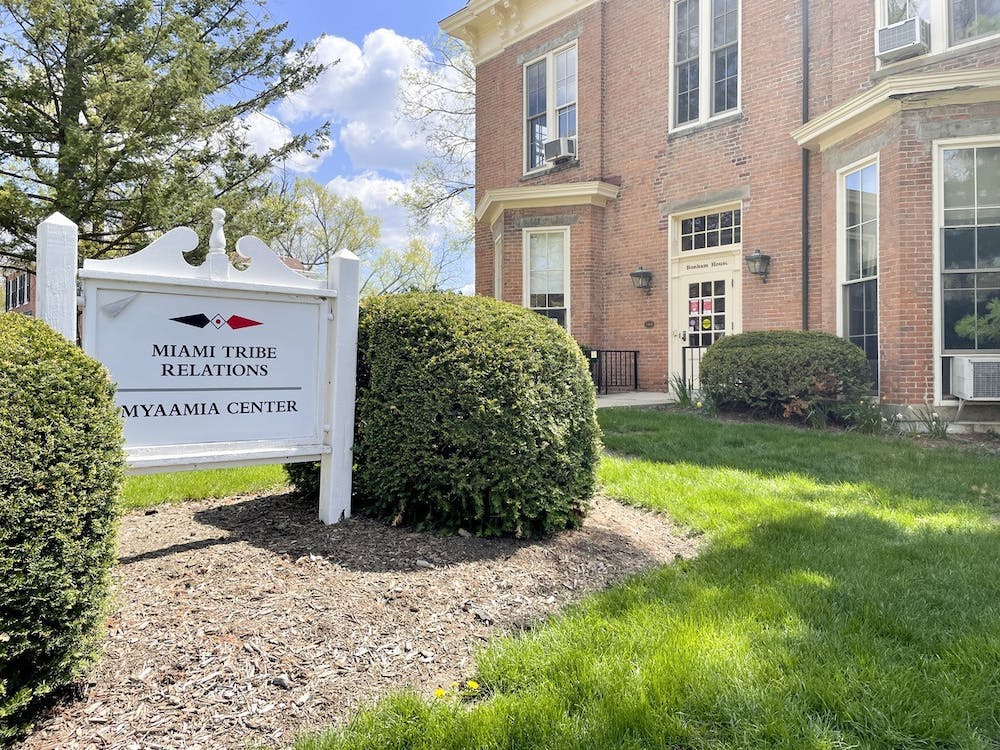