Changes have come to the Armstrong Student Center over the summer in the form of new food court restaurants. Returning students may notice a certain lack of familiar names like Sumeshi, Sundial and Toasted Bagel (RIP), and in their places, new spots like Field to Fork and Eiffel Pizza.

This is all due to a dining overhaul that occurred over the summer after the Aramark Corporation took over Miami dining on June 1, in which Aramark set a goal to improve the quality of dining on Miami’s campus.

Of course, I wanted to test out these so-called improvements. I was already pretty happy with Sundial and Sumeshi, though Curve definitely needed some work (read: flavor). To make up for the loss of these foods which I held so dear, Aramark was going to need to dream big.

So during the first weeks of school, I took it upon myself to eat lunch or dinner at every one of the four new restaurants in Armstrong: Field to Fork, Evergrains at Haines, Eiffel Pizza and Kabar. Let’s see how they did.

Field to Fork offers only one option: a build-your-own salad for $8.25 a pop. This comes with a drink, and you start from the bottom up, first choosing a base (I went for baby spinach) and then adding as many toppings as you desire. I took advantage of this, choosing shredded carrots, feta cheese, black olives, green peas and marinated artichoke hearts, seen in the photo above.

Overall, it’s very personalizable and reminiscent of a (slightly) cheaper Dividends — and the portion matches the exorbitant price, thankfully.

The salad was good, too. It’s a salad, so it’s hard to mess that up. I was a little disappointed that, on day 2 of school, Field to Fork was already out of some items I wanted, such as corn and French dressing, but overall, a solid option — and healthy, too.

However, I still have my complaints, and they’re big ones. I hit Field to Fork during the Armstrong lunch rush, at 12:30 p.m. on a Tuesday, and it took 20 minutes to put together a salad because of how backed up they were. With only two people working the assembly line, it was incredibly slow — a third person working refills alone would have sped it all up by a lot.

Finally, I found something in my salad that didn’t look anything like any of the toppings I ordered — small and brown, I still haven’t figured out what it was. But it was likely a different topping that, in the Field to Fork employees’ rush to serve, landed in a wrong topping bin. Seeing as how Field to Fork serves allergens such as cheese and eggs, this cross-contamination could be a serious problem.

Overall, it’s good, but the wait, the lack of topping availability and the cross-contamination issues almost make Field to Fork more trouble than its 8-dollar salads are worth.

Nooo, they changed Red Zone! There go my cheat days of nacho cheese fries and veggie burgers, though at least they kept the fried pickles, thank goodness.

Haines was closed, the Kabar line was crazy and Eiffel was already out of vegetable pasta on Tuesday night for dinner. I went straight to an old favorite, only to find out that the Red Zone menu also got a refresh. Its vegetarian option is now a BBQ sandwich of pulled oats, so naturally, I had to try it. And, making my Southern roots happy, it serves hush puppies now, too! You know those went straight onto my order.

Though the plating left something to be desired and used way too many boxes to be good for the environment, I am excited to say that Red Zone will remain a favorite.

For the BBQ sandwich, the sauce was sweet and tangy, the bun a great cross between crispy and soft and the “meat” wasn’t dry at all. It also came with curly fries, which were an excellent surprise and delicious (if a little soggy from sitting under the sandwich). The fried pickles remain the same, as yummy as ever.

Best of all, the hush puppies lived up to my Southern roots and expectations. They are fantastically crunchy and taste as corny as a hush puppy should; I wish there had been more than five. I did not get a sauce with them, but I should have, as they can get a little dry at the end — but overall, a definite win for Red Zone.

I’d heard Evergrains, or Haines’ as it’s better known, described as a “Mediterranean Chipotle,” and I think that works pretty well for this build-your-own-bowl-style Armstrong restaurant.

Personally — are you ready for this? — I asked for hummus, feta cheese, kalamata olives, falafel and chilled roasted sweet potatoes, all atop a bed of romaine lettuce. I also bought a one-dollar side of pita, for the heck of it.

And, you know, I was pleasantly surprised. The bowl, albeit much smaller than a Field to Fork salad, had a great ratio of toppings to lettuce, and I wasn’t just left eating plain romaine at the end. (The exception to this was the feta, of which I could only find a couple of pieces.)

It also tasted pretty good, but the sweet potatoes could have used more flavor and the falafel was really dry. I didn’t end up eating the last piece — I just couldn’t get through it.

On the plus side, they give you a lot of pita for just $1.

I then got COVID and missed a week of possible lunches and dinners, but when I returned, I was determined to finish out the list.

Eiffel has been out of their vegetable pasta every time I’ve tried to eat there, so finally, I caved and just ordered veggie pizza and cheese sticks Tuesday night. I had not eaten pizza on campus since a very bad experience with dining hall pizza during my first month of first year, so I was expectantly wary.

Surprisingly enough, the veggie pizza was kind of a win. The vegetable mix that tops it is, I’m pretty sure, the same as the vegetables that are used in Dividends’ veggie panini — which I love, so the taste was pretty solid and the texture was that of normal pizza instead of cardboard, although the slice itself was kind of cold.

As for the cheese sticks, let me just say — I miss Sundial’s bosco sticks, and I think I’m not alone in that regard. Whereas Eiffel’s pizza is a pretty solid hit, Eiffel’s cheese sticks are a swing and a miss — cold, far too crunchy and topped with badly congealed cheese. Also, it doesn’t automatically come with marinara sauce — shame on you, Eiffel. I had to eat my cheese sticks plain.

By the look of the Kabar line throughout the weeks, I maybe should’ve guessed that Kabar would have a strong showing. But after Curve’s lack of flavor during my last few years on campus, I didn’t have high expectations.

If I had, though, Kabar would’ve surpassed them.

I am a big fan of many Asian foods, so I ordered three in the hopes that one would be good: the vegetable spring rolls, vegetarian potstickers and fried rice topped with tofu. Complaint #1, right off the bat, is that I didn’t get the latter; instead, I got some kind of tofu and vegetable stir-fry on white rice, drenched in a delectable sauce. It was delicious, but not what I ordered — and worst of all, I have no idea how to order it again.

The vegetable potstickers tasted good and were crunchy in parts and soft in others — but they were a little cold, and the sweet chili sauce tended more towards chili than towards sweet.

The winner here, hands down, was the spring rolls. Crunchy, tasty and the perfect temperature, they were reminiscent of Garden’s veggie spring rolls from my underclassman dining-hall days — of which I would eat literal platefuls. I will definitely be returning for these.

But be warned: Kabar is expensive. $6.49 for four spring rolls? Seriously?

Of course, I have my complaints outside of these new restaurants. Pulley Diner no longer serves breakfast after 10:30 a.m. (bring back my 6 p.m. dinner omelets!), and neither Bell Tower nor the Panera Bread that is taking over Toasted Bagel’s old home will open until fall of 2023 — as a Bell Tower groupie and longtime Panera lover who will have graduated by then, I’m not thrilled about that either.

There are good and bad about the new Armstrong dining options, but in the end, I think I’ve found some new favorites. Catch me getting lunch in the student center more often. 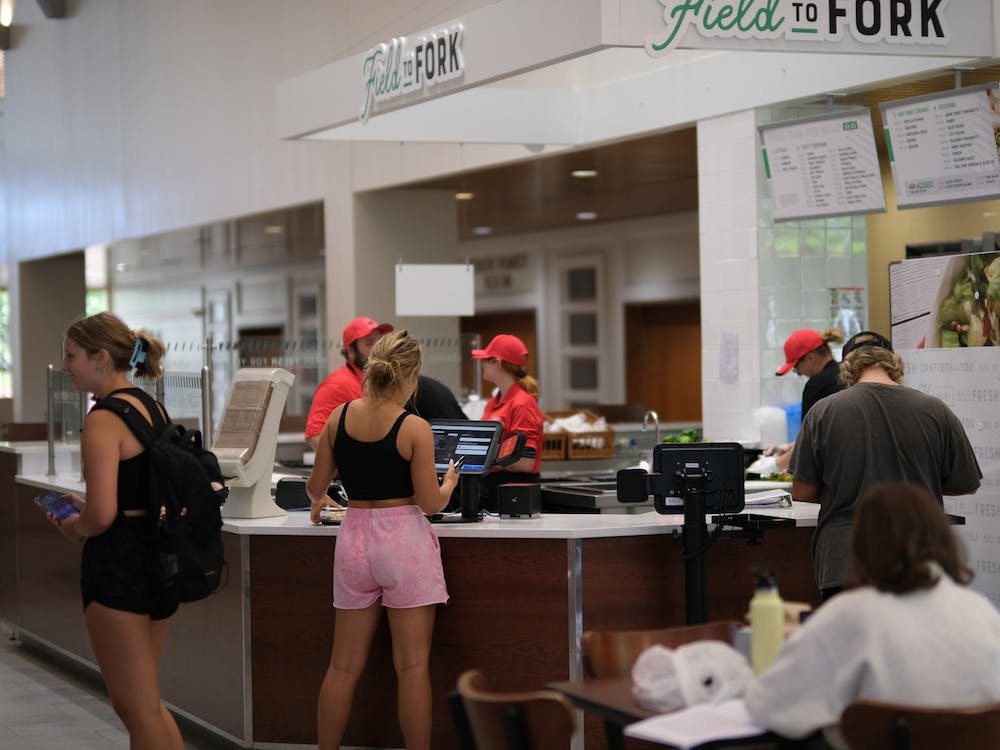 What are the best places to eat on campus?

The menu for the dining hall can make or break my day. Every day is a gamble. Unless you know where to eat. 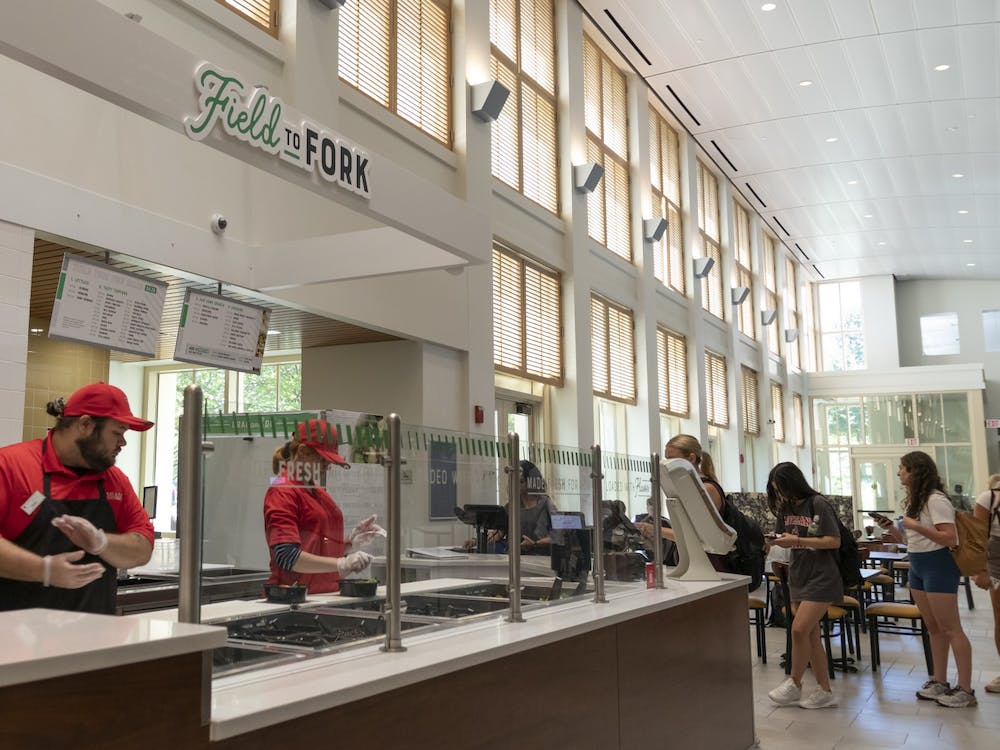 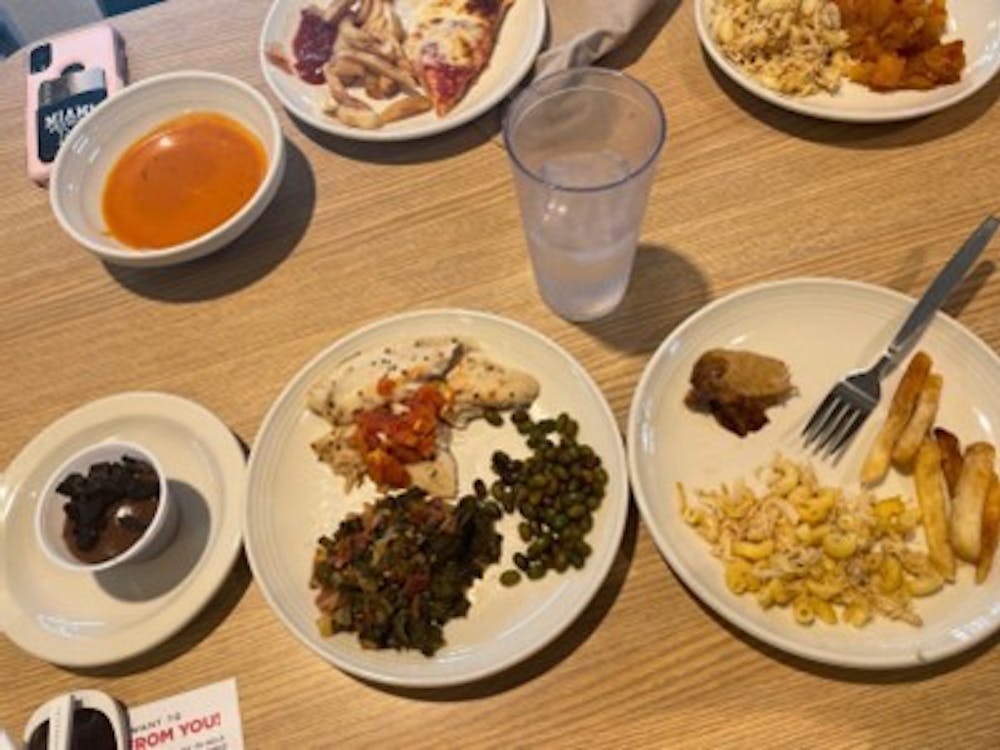