Born in Edmonds, Wash., he spent much of his childhood abroad in Singapore and South Korea where he only had one program in English available to watch after school with his friends.

Who is Ken Jennings?

As a part of the Lecture Series, at 7:30 p.m. on March 7 in Wilks Theater in the Armstrong Student Center, Jennings gave his lecture “All the World’s a ‘Jeopardy!’ Stage.”

Jennings has been named the “Greatest of All Time” champion on “Jeopardy.” His original 74-win streak took place from June to November of 2004. During his initial run, he won $2.5 million.

His streak was significant because up until 2003, “Jeopardy!” champions could not win more than five games.

Since his rise to game-show-stardom, Jennings has written 13 books, appeared on several other game shows including “Who Wants to be a Millionaire?” and “The Chase,” and has been serving as alternating host of “Jeopardy!” with Mayim Bialik after the passing of Alex Trebek.

“I was surprised to be asked because it's a very different skill set,” Jennings said. “And I assumed as a non-broadcaster, I did not have a chance at that job.”

Not many people can say they have served as both host and contestant of their favorite game show. Since coming into the role, Jennings has learned about how much of the show falls onto the host’s shoulders.

“Alex made that job look easy,” Jennings said. “Every weeknight for 37 years, so you might just assume that the host of “Jeopardy!” is doing nothing. The host almost has a harder job than the contestants in a lot of ways just because of the speed and the intensity of the game. Alex just did it with such grace that we didn't know.”

When Jennings auditioned for the show in 2004, the process was a lot different than it is now. Today, you can take the test online and have your casting call over Zoom.

In 2004, you had to wait for them to come to you. The show had a “Brain Bus” that stopped in shopping malls across America for people to visit and audition for the show.

“The ‘Brain Bus’ never came to my mall,” Jennings said. “So I actually drove down to L.A. with a friend just to try out for “Jeopardy!” which they tell you not to do.”

Jennings sat in a hotel room and took a 50-question test that consisted of harder material that would appear on the bottom of the “Jeopardy!” board. After grading everyone’s papers, the casting directors would cut people who got the lowest scores.

Jennings and his friend both made the cut. From there, the producers led them through a mock game. Johnny Gilbert, the announcer, would read out a clue, and the contestants would have to write out an answer quickly before moving on to the next one.

“And then it's like, ‘Don't call us, we'll call you,’” Jennings said. “You're in the contestant pool for a year or two at that point.”

Jennings would soon receive the phone call that would change his life.

“I was programming for a healthcare staffing company,” Jennings said. “It had been almost a year since I had auditioned, so I had  forgotten all about it. And then suddenly, it's like, ‘Hey, Ken, this is Bob from ‘Jeopardy!’ We'd like you to be on in three weeks.’”

While Jennings did talk about his time on the show, he spent the majority of his lecture discussing the life lessons he learned from being on the show.

First and foremost, the show taught him the importance of obsession.

“Obsession really is destiny in a lot of ways,” Jennings said. “The story of ‘Jeopardy!’ does not begin in 2004, because I've been a huge game show nerd my whole life. In hindsight, you can see the straight line to the weird kid I was at 3 years old.”

Watching the show growing up, Jennings was always in awe every game to see three players who seemingly knew everything. However as he got older, he felt he had to be ashamed of all the knowledge he knew.

“We kind of live in a culture that doesn't always privilege the acquisition or the possession of information,” Jennings said. “We use the word ‘trivia,’ the same word that used to mean unimportant stuff, for the practice of learning general knowledge. With the distrust of expertise you see in a lot of corners of American science, people not trusting climate scientists or people not trusting epidemiologists about medicine, we are wary of know-it-alls, for better or for worse.”

The show taught him to never stop being curious.

“Jeopardy!” contestants seem to have a crystal-clear memory, but Jennings sees diverse interests as the most important ingredient.

“That reframes the question from ‘How do I train my memory to stuff all these facts in there?’ to ‘How can I get interested enough in a subject that the stuff just sticks?” Jennings said. “I promise it does. You remember things you care about without even trying to.”

Anna Martin, a sophomore architecture major, came to Jennings’ lecture in her Alex Trebek socks. She said “Jeopardy!” makes her excited to learn.

“It's probably an ego thing,” Martin said. “I love knowing stuff. I love getting knowledge and always acquiring it. I can pick something and learn from it and use it to connect to people.”

Anna Whiteside, a sophomore marketing and entrepreneurship major, watches “Jeopardy!” every night with her family when she is at home. She loved Jennings’ sentiment of the importance of obsession.

“It's so nice to hear that and be able to say maybe this could go towards something actually valuable,” Whiteside said.

While “Jeopardy!” is a competitive show, Jennings doesn’t see his contestants as his opponents.

Love, Ames: I promise I’m not a cynic

I am, however, going to do my best to remember why I never liked this holiday in the first place, instead of focusing on the whole “newly single and annoyed at love” mindset. 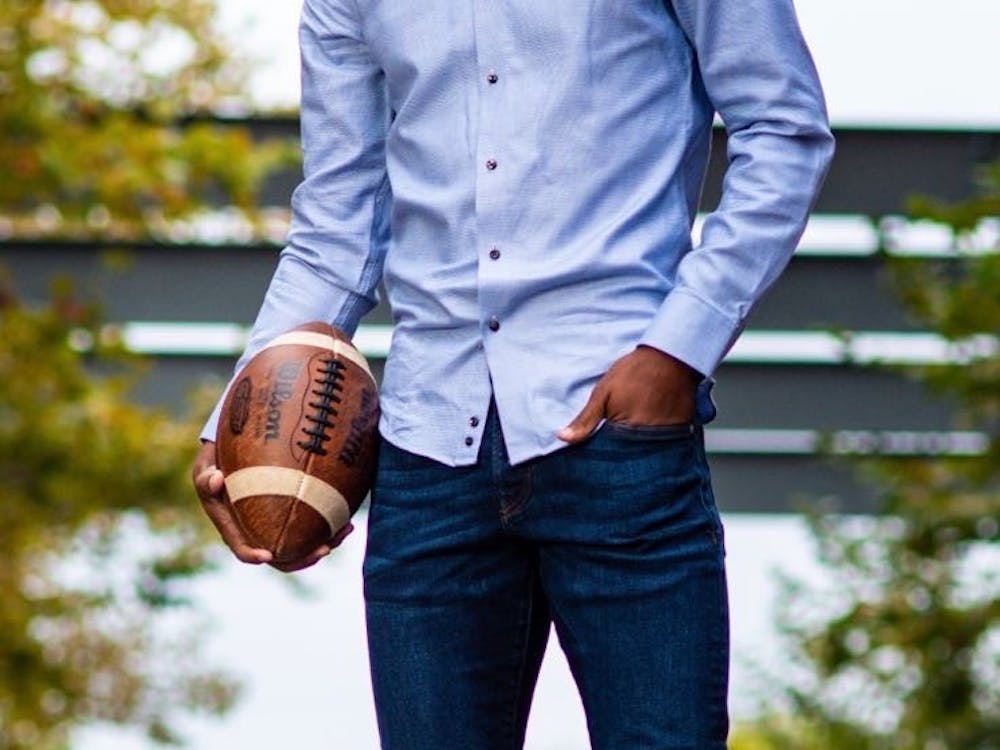 Blaiden Kirk, a software engineering major from Columbus, is a rising star in the sports realm of social media. He dedicates hours a day to creating content, most notably for his TikTok and for his podcast, Stay Hot.