Each year, Miami presents the award to a leader in civil rights and social justice. The name references the Mississippi Summer Project of 1964, when the Western College for Women, now a part of Miami, trained 800 college students to register Black voters in the South.

Hudlin’s career in film began in 1990 with “House Party,” a film he wrote and directed about Black teens throwing a party.

Since then, he has worked as a producer on Quentin Tarantino’s 2012 movie “Django Unchained” and directed and produced “Marshall,” a 2017 film featuring Chadwick Boseman as Thurgood Marshall, the first Black Supreme Court Justice.

“This is only the sixth time that Miami has had the honor of presenting this award to an extraordinary individual who has dedicated their life to advance diversity and inclusion, changing the fabric of our society,” Crawford said. “Each time I’ve presented this award, I have been humbled by the courage, the innovation and tenacity of the recipient.”

Hudlin thanked the university for the award and spoke about the history of Freedom Summer.

“That Freedom Summer is an incredible legacy … and I am humbled to be given this award,” Hudlin said. “The work I do is my lifetime’s commitment. It’s a joy to do every day, and it’s great to be acknowledged for doing that work.”

Author and Miami alumnus Wil Haygood led a discussion with Hudlin after he was presented with the award. Attendees also received copies of Haygood’s newest book, “Colorization: One Hundred Years of Black Films in a White World.”

“The man who I am about to share the stage with this evening has been a profound influence on changing how we view cinema in this nation,” Haygood said. “Reginald Hudlin’s entire career has been about correcting what was done 100 years ago.”

Hudlin and Haygood discussed a range of topics from Hudlin’s specific projects to the state of Black cinema and education today.

“We’re currently in an incredible upswing where there are more Black movies being made with bigger budgets, wider distribution, bigger audiences,” Hudlin said. “But it takes 20 year cycles. Things get better over time.”

At his annual State of the University address, Miami University President Greg Crawford revealed that 82% of students have submitted proof of vaccination, international student enrollment is down 35% from last year and welcomed Christina Alcalde as the new vice president of institutional diversity and inclusion. 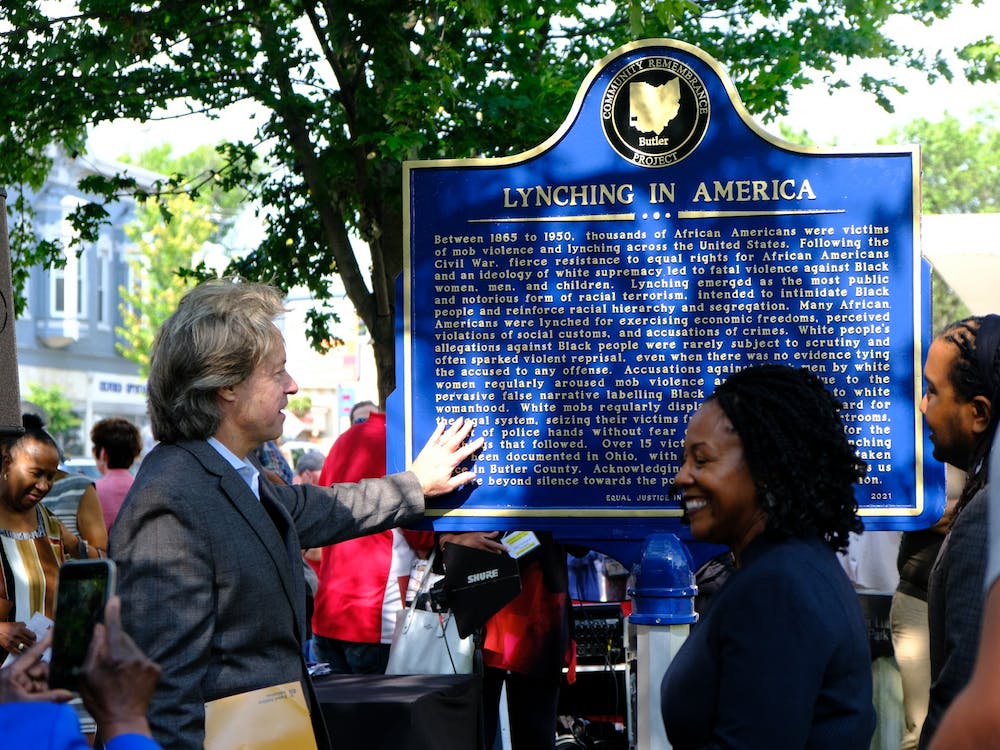