In an email sent to department chairs obtained by The Miami Student, Christopher Makaroff, dean of the College of Arts and Science, wrote that chairs should plan for cuts to 50 percent of all visiting assistant professor (VAP) positions within their department. VAPs are professors who teach on one-year contracts that can be renewed for up to five years.

Provost Jason Osborne said the numbers of positions being cut are unclear at this time. It will vary by department and is dependent on enrollment for next fall, but it’s likely that many contracted professors, such as VAPs, instructors and adjuncts, will not have their contracts renewed. Instructors are similar to VAPs but do not have the highest possible degree in their field. Adjuncts are hired per course and are often not full-time employees.

In fall 2019, Miami had around 220 full-time VAPs and instructors, which made up more than 22 percent of all full-time professors, according to data provided by the university.

Julie Alexander, a VAP in the Farmer School of Business, doesn’t know when she will find out if she’ll have a job in the fall. But this is typical, she said, as the nature of a VAP position is one of uncertainty and mainly depends on enrollment from year to year.

Alexander said she would have prefered if the announcement had not come during spring break, though, at a time when professors were trying to figure out how to move their classes online.

“I’m concerned for all of my colleagues who, throughout the university, are having to continue working very hard and adjusting to this new mode of delivery — which some of them may never have done before — while being concerned about whether or not they’ll have a job next academic year,” Alexander said. “I think it’s just stressful for everyone involved.”

Basak Durgun, a VAP of global and intercultural studies, urges the university to look beyond the numbers.

“Visiting faculty at Miami are not just numbers. We don’t treat our students as numbers either,” Durgun wrote in a blog post on the website of Miami’s chapter of the American Association of University Professors (AAUP), an advocacy group for professors. “I am worn down from reading about number crunching in budget updates from the university administration, when the number crunching takes into account a limited vision for the future of the university and students I [have] come to love dearly.”

According to a survey conducted by The Chronicle of Higher Education in late March, more than half of university presidents expect to lay off staff and implement furloughs, as they are experiencing financial difficulties because of the coronavirus. But Ohio University (OU) is doing the opposite. OU is pausing already planned personnel cuts in an attempt to provide healthcare and stable income during the pandemic, according to The Columbus Dispatch.

Because Miami is issuing refunds for room and board, meal plans, parking passes and portions of the general fee after students had to move off campus mid-semester due to the coronavirus, the university is preparing to lose tens of millions of dollars.

These refunds are part of the auxiliary enterprises budget, which is separate from the educational and general budget. The projected position cuts are not a result of these refunds but are instead due to the loss of money from study abroad cancellations and refunds as well as projections of a lower incoming class and a decline in the financial market after the pandemic, said David Creamer, senior vice president for finance and business services and treasurer.

Along with cuts of contracted faculty members, professors are also being required to teach more courses next year. In 2008, Miami outlined that tenure and tenure-track faculty members on the Oxford campus should teach three courses each semester or three courses one semester and two courses the other if they hold a research position.

The standard for teaching, clinical professors and lecturers (TCPL) and visiting faculty is nine to 12 credit hours per semester, which is typically three or four courses.

There were exemptions to these standards, though. For example, if faculty members served in an administrative role in their department, mentored a significant number of students or did significant research, they could get a course release allowing them to teach a lower amount of classes.

For the 2020-2021 school year, the number of courses faculty are expected to teach — three each semester for tenure and tenure track and four a semester for TCPLs on the Oxford campus— will remain mostly the same as before. The change is that there will be less exemptions offered going forward.

“Miami faculty, a lot of us are very committed in the classroom and care very much about doing right by our students, and it becomes much harder to do right by your students when your workload increases,” said Cathy Wagner, president of Miami’s chapter of AAUP.

Osborne said there are still nuances to the policy, and it cannot be standardized across all departments, as some courses are more or less than the standard three credit hours. Faculty members will still be given exceptions to the policy in certain circumstances such as if they have grants for their research or other work, fellowships by the government or outside agencies or endowments from donors.

Osborne also said faculty members may request an extra year for the tenure-track timeline, or for promotion of non-tenure-track faculty. The ability to request an additional year is not a change of policy. The university is merely making faculty aware of this option, Osborne said.

He added that teaching evaluations from this semester will “be evaluated in the context of this global catastrophe.”

Miami is trying to reduce nonessential expenditures and is asking each department to decide which courses are necessary for its curriculum.

“Instead of going from where we were last year and cutting from that, we’re starting kind of from a blank page and saying what do we need to do, how do we do that and what are the resources we need to accomplish those goals,” Osborne said.

Some class sizes will increase in the fall but not by large amounts. Osborne speculated that courses may go from 10-15 students to 20-25 but said classes that used to be 20 students will not be turned into large, 200-person lectures.

Graduate assistant (GA) position appointments have been paused, as has hiring across the university. Graduate assistantships will be assigned once departments determine where there is a need. Many GAs serve on a two-year timeline, so most returning GAs will keep their positions.

Many of these decisions need to be made before students register for classes because many GAs teach their own courses. Registration will begin on April 22 after being delayed two weeks. Some faculty changes are dependent on the size of the incoming class, though, and the acceptance deadline has been extended until June 1.

AAUP is circulating a petition in favor of trying to retain VAPs and of including faculty members in decisions that affect them.

All of the decisions about faculty workload and position cuts were made without being reviewed by University Senate. University Senate is made up of faculty members and approves changes to curriculum. Over other academic matters it serves in an advisory capacity, meaning oftentimes changes affecting faculty are brought to senate to hear its opinion, but senate does not have the power to pass legislation regarding these matters.

University Senate approved the faculty workloads in 2010 but was not presented with the changes for the upcoming academic year.

“In these fast-moving and chaotic times it has been challenging to find enough time to communicate with everyone as much as I should,” Osborne said. “I have been updating senate each time we meet, and I have spoken with senate about teaching responsibilities for next year.”

Madelyn Detloff, chair of the English Department, said herself and other department chairs are preparing for a worst-case scenario.

Overall, these are all temporary measures.

Correction: A previous version of this article gave incorrect numbers for the amount of VAPs in fall 2019. It has been updated with the correct data. 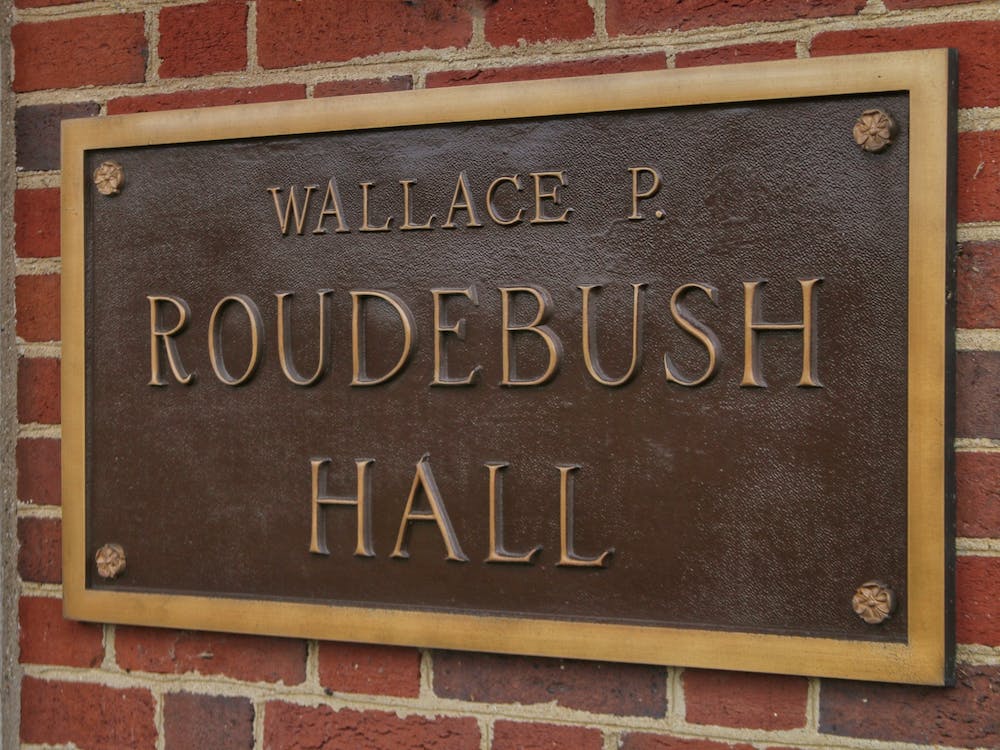