Statue of Sean McVay to be erected among Cradle legends

Sean McVay will be the latest coaching great honored with a statue outside Yager Stadium, Miami University President Greg Crawford announced during his State of the University address on Sept. 28.

When his Los Angeles Rams won the Super Bowl last year, McVay cemented his future status as a legend. And he’s only 36 years old.

Miami’s coaching lineage is genuinely remarkable. To be honored with a statue, a coach must have graduated from Miami. Non-graduate Woody Hayes coached at Miami and won five national championships at Ohio State. Sid Gillman, who many call the father of the modern passing game, also started his head coaching career in Oxford.

Sean McVay was never a star at Miami. In three seasons as a receiver he recorded 39 receptions, 312 yards and no touchdowns.

He made his mark on the football world soon after as a coach. In 2017 at 30 years old, McVay became the youngest head coach in modern NFL history when he was hired by the Los Angeles Rams. In his first season, he was named NFL Coach of the Year.

The next year, he brought Jared Goff and the Rams all the way to the Super Bowl where they lost 13-3 against the Patriots and the greatest quarterback of all time. In 2022, McVay became the youngest head coach ever to win the Super Bowl.

“We are in the process of working with Coach McVay on planning for the creation and installation of the statue and hope to celebrate this addition to campus soon,” said Miami spokeswoman Jessica Rivinius. 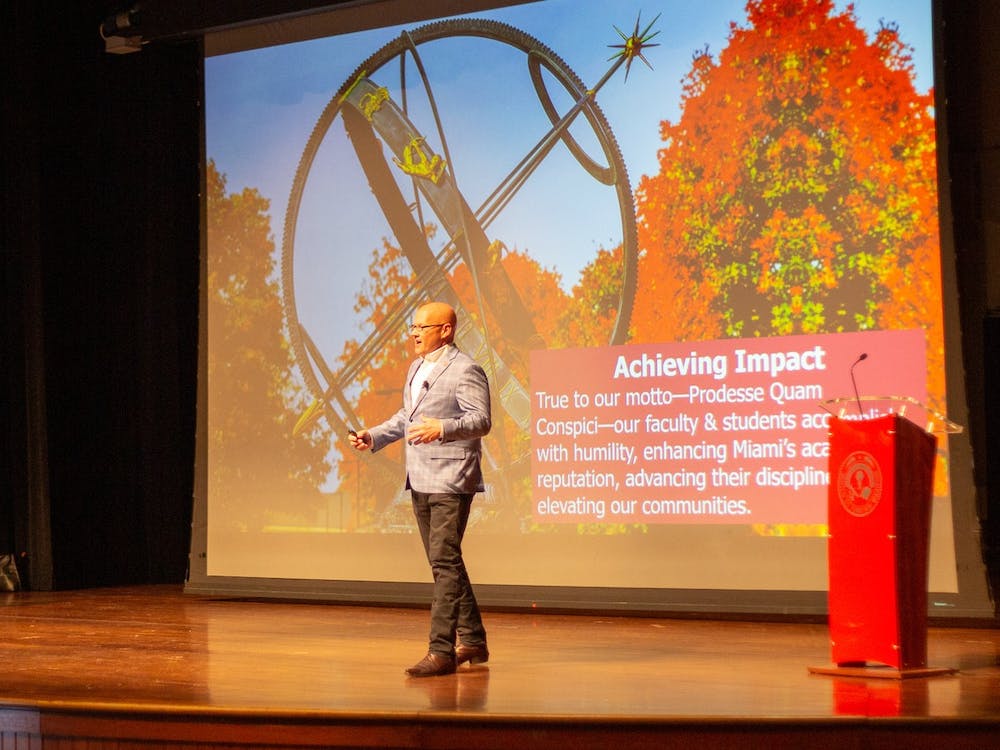