For meat eaters, the Fourth of July usually means a fantastic grill session, complete with hot dogs and hamburgers. My family likes to add grilled corn on the cob to the mix, and for the past 11 years, black bean burgers have also been on the menu just for me.

But hot dogs and hamburgers can get overrated after a time. Sometimes, you just want to try a new messy finger food that works perfectly for a federal holiday outdoors. As such, I present to you these spinach and feta turnovers.

Like the last “Weekly Veg,” this recipe comes from food magazine Taste of Home and, right off the bat, seemed to be the simplest “Weekly Veg” recipe thus far in terms of the number of ingredients. There are no fancy spices, unusual vegetables or unheard-of proteins in this one. You literally only need spinach, eggs, feta, pizza dough, pepper and garlic.

Who knew six ingredients could be thrown together so quickly, easily and deliciously?

The portions are also gigantic. I was skeptical that one canned Pillsbury pizza crust would only make four turnovers, and you certainly could make them smaller if you so choose — but I found that the four portions are perfect for a hearty four-person meal.

In terms of ease for these turnovers, they are ridiculously simple. This entire recipe can be summed up in the following one sentence: “Combine everything (except dough) together, wrap the mixture in the dough, brush with egg and bake.” No fancy skills needed.

Honestly, the most difficult part of this recipe was figuring out how to prepare the spinach ahead of time. You can use either fresh or frozen spinach, so — knowing that I had to chop it at some point later in the recipe — I used a pre-chopped frozen block. I had no idea that, to quickly defrost this spinach in the microwave, it would take seven minutes! That ended up being seven minutes of sitting around, as I had already done everything else I could do at that moment.

Additionally, when the spinach came out of the microwave, I needed to press the extra water out of it — and nearly burned my hand doing so, as the scalding water quickly soaked through the paper towel I was using. Be careful when pressing spinach that’s fresh out of the microwave!

Finally, a quick note — feta comes in 4-ounce containers. The recipe calls for 6, which I didn’t check ahead of time, and I ended up making this recipe with ⅔ of the feta required. I will remember next time to check my amounts at the grocery store!

No other problems arose from this recipe, though, and it was smooth sailing from then on, from wrapping to baking. A tip I found: when pinching your dough at the edges of the turnovers prior to baking, I suggest actually rolling the edges inward so they don’t come undone in the oven and spill spinach all over your pan. I did this, and it worked perfectly.

My mother and I taste-tested these together to see if they would make good hand-held vegetarian dishes at a Fourth of July celebration, and I can confirm that they would.

The turnovers, despite being gigantic, baked to golden-brown perfection and held together well in my hands. There was no spillage of spinach or feta overflow, even after a few bites. As mentioned before, they’re also filling and — best of all — delicious.

Not to make grand claims, but I think these might even be my favorite “Weekly Veg” recipe so far.

The spinach and feta pair together fantastically, giving the illusion of spanakopita without the phyllo. There are no other spices needed for this recipe — the feta, garlic and pepper combine to burst with flavor in your mouth. I ate my entire turnover in about three minutes flat — that’s how amazing this was. My mom also loved it, rating it a 10/10. We even ate them plain, since we don’t like the (optional) tzatziki.

Perhaps the best part of this recipe is the variety of ideas it gave me. Honestly, you could put pretty much anything in a square of pizza dough, pinch the edges and bake it to create a turnover. Spinach and artichoke dip would work to create a very similar version of this recipe in a pinch, if you don’t have the time to defrost frozen spinach.

Or you could always just put whatever leftovers you have in the fridge in some dough and bake it. Spaghetti turnovers? Veggie turnovers? Casserole turnovers? Putting it in pizza dough makes anything exciting, and your only limit is your imagination.

These turnovers will definitely become a staple of my diet in the coming months. I can’t wait to make them again, perhaps for every coming holiday!

Have a recipe you’d like to see on ‘The Weekly Veg?’ Email it to me and I’ll be happy to test and rate it. 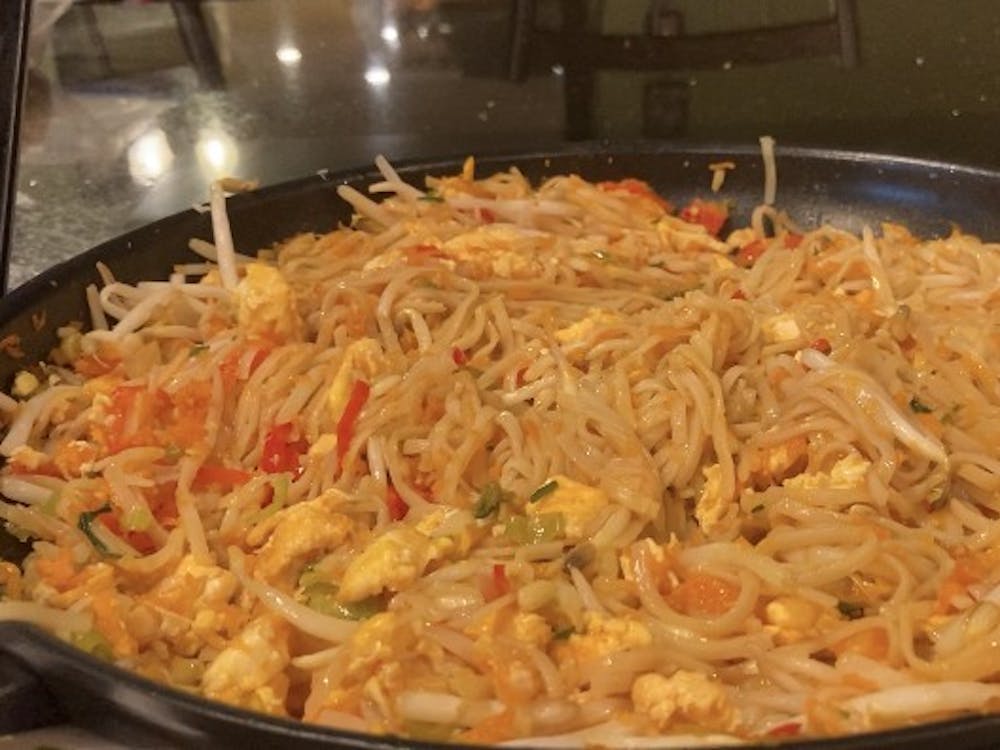 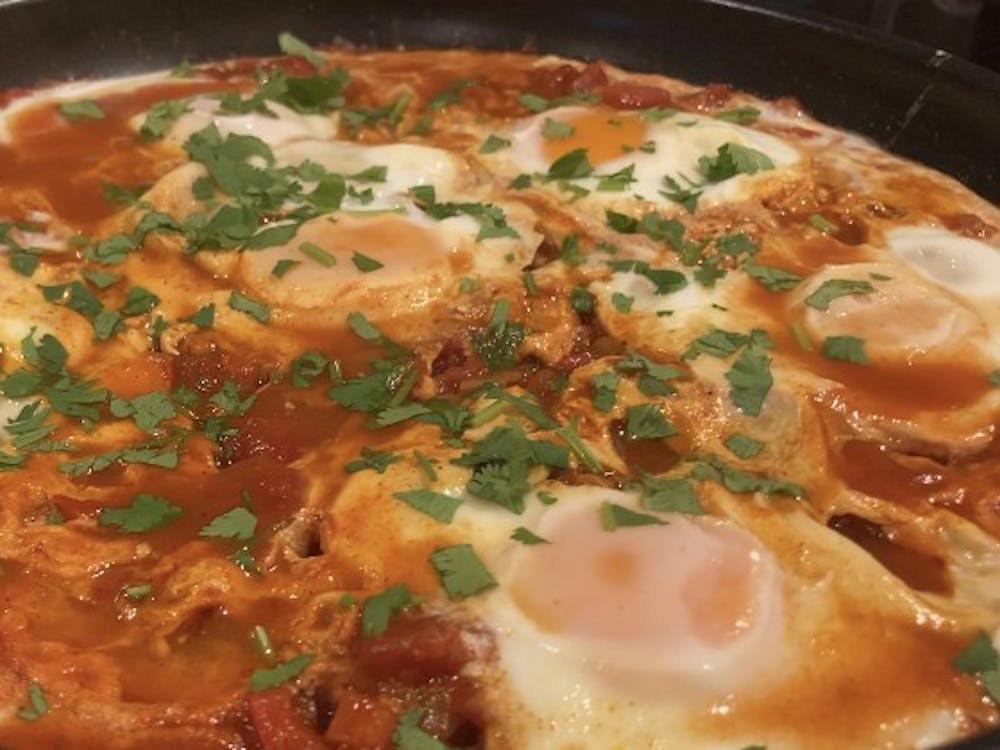 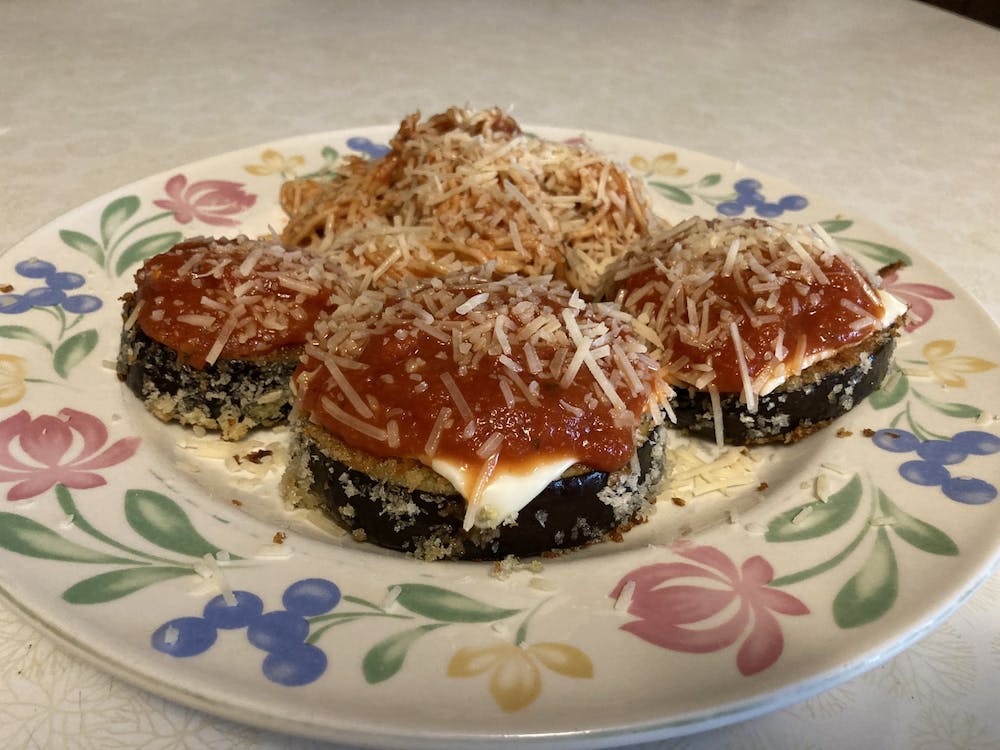