Partners of this month's programming include the Office of Student Wellness, the Center for Student Diversity and Inclusion (CSDI) and the Student Counseling Center (SCS). Many student organizations are also involved, such as Feminists Working on Revolutionary Democracy (F-WORD) and Sexual Assault Survivor Support (SASS).

Together, the organizations and Miami departments have planned 11 student-targeted events to raise awareness and educate on Sexual and Interpersonal Violence (SIV).

“We’re really trying to do programming that is innovative and different … stuff that they might not have ever seen before,” said Morgan-Allison Moore, assistant director of SIV Prevention and Outreach.

“A lot [of the questions] had to do with what fell under Title IX jurisdiction,” said Josie Carter, president of SASS and senior psychology major.

Carter said the importance of the event was in providing students the opportunity to discuss matters of sexual and interpersonal violence.

“I think the biggest thing is allowing for people to feel comfortable and in not only knowing about these resources but being able to seek them out if they themselves or someone else they know has experienced sexual assault or interpersonal violence at Miami,” Carter said.

The Clothesline Project, hosted by Student Wellness and CSDI, will be an ongoing event throughout the month. Historically, this project has been an in-person, interactive event displaying t-shirts with written messages about the impacts of SIV.

This year, however, the Clothesline Project will be offered as a virtual event. Jamie Kuhlmeier, a graduate assistant in CSDI, said these changes were due to student feedback.

“[Students] came up to us, and they said … this feels more triggering than it does honoring to our experience,” Kuhlmeier said.

In years previous, students sensitive to its content might have accidentally stumbled upon the event while walking on campus. Now, by adapting the project into a virtual format, students can choose whether or not they want to expose themselves to potentially triggering content. The project will be available on YouTube and will show years of collected shirts.

Other events this month include a “Coping With Triggers” training session hosted by SCS, and “Lowkey Feelin’ Myself: Black Women, Honey Pots, and Knowing Yourself,” where students will be invited to converse about boundaries, safe spaces and sexuality in women.

F-WORD will host its annual “Take Back the Night” march on Monday, April 18. This event has been recurring at Miami since 1984. As is tradition, students will march in support of SIV survivors, this year beginning at Armstrong Student center at 7 p.m.

Harper Sutton, president of F-WORD and junior psychology major, said the purpose of the event is to support survivors of sexual assault and call for change.

“[We] try to really uplift survivors but also call out the campus culture that facilitates this,” Sutton said. “So anybody who attends has the opportunity to speak out and share their story, and their experiences.”

Wilk’s Theater will screen the movie “Promising Young Woman” on April 20. Moore said the film was less a documentary and more a creative take on sexual assault.

The next day, the Miller Center for Student Disability Services and Student Wellness will host a virtual talk about disability and sexuality. This hour-long event will give participants the chance to learn and discuss statistics, misinformation and sexual advocacy resources. Although catered toward students with disabilities, the event is open to anyone.

April 27 is globally recognized as Denim Day, which was created in light of the idea that clothing plays a role in a person’s chances of getting sexually assaulted. In rebellion of this idea, participants of the Denim Day campaign wear denim to support sexual assault survivors.

“Denim Day has a huge history,” Kuhlmeier said, “and it’s actually been done at Miami before, but we’re doing the programming again to be more of an educational piece for the entire community.”

Student Wellness and the CSDI have invited students to come to Academic Quad from 11 a.m. to 3 p.m. wearing their denim in support. There will also be free denim bucket hats and denim patches at the event.

To close out the month, Student Wellness and CSDI will partner together on April 29 at 3 p.m. in McGuffy Hall to host “Good Vibes: Ask a Sex Educator.” Kuhlmeier said the purpose of this event is to provide an open, honest educational environment by giving students the opportunity to ask questions.

“There’ll be an anonymous way to ask a question and just having conversations around sex positivity and that sort of thing … we’re really excited just to have some questions,” Kuhlmeier said.

Through the month’s programming, Moore said she hopes students recognize that Miami is listening to their feedback.

“I really hope that students see that Miami is really trying to hear them and center them in the conversation of sexual interpersonal violence,” Moore said. 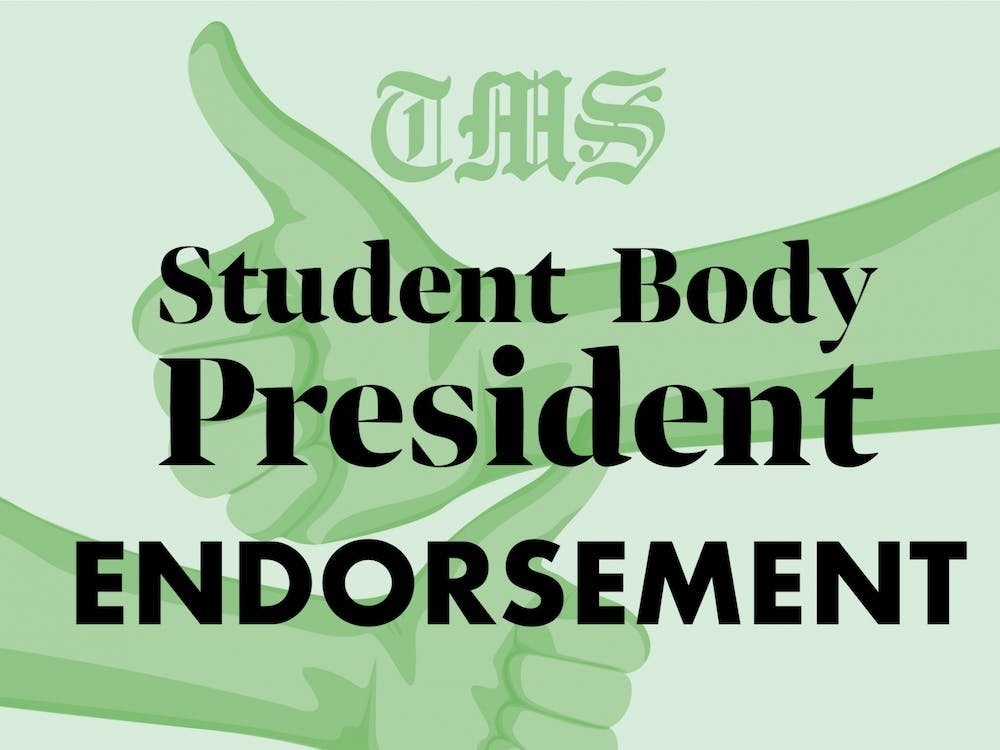