With the Rams and Bengals facing off in Los Angeles, a city well known for producing some of the biggest stars in hip-hop, it was the perfect year for the National Football League to finally embrace the genre and bring out an all-star roster of formative artists.

The combination of Dr. Dre, Snoop Dogg, Mary J. Blige, Kendrick Lamar and Eminem were enough to get any rap fan excited about the show with its announcement alone. While a bit overstuffed and predictable at points, the show was a bona fide hit parade of all-time great tracks performed with the fire of talent who still feel they have something to prove.

No halftime show is complete without a stage, and this year’s provided a unique take on how to segment the performers. Built in the style of a city block, each artist took one area to focus their efforts, including a recording studio rising up to introduce Dre at the start.

The setup helped establish the overall mood of the performance while containing multi-phased transitions and transformations that kept the show moving and feeling fresh throughout its 15-minute runtime.

One addition that was incredibly welcome was the use of a live band accompanying multiple tracks – not a new innovation to the halftime show, but one that played especially well with the hip-hop stylings of the background instrumentals. Horns, guitars and a surprise appearance from Anderson .Paak on drums accentuated each song nicely, and helped some of the transitions between tracks feel more natural.

While Dre was the first face seen on stage, he really only served to introduce Snoop for a performance of their collaborative track “The Next Episode” from Dre’s “2001.” Snoop’s natural charisma and additional vocals from Dre helped keep the energy high, although it did feel odd for Snoop to only perform one song, and for it to not even be one of his own.

Snoop then passed the mic to Dre for his verse on Tupac’s “California Love,” a fairly popular and predictable choice but one he performed admirably well. Dre may not be viewed as a top-tier rapper or performer, but his ability to command attention was on full display as his gruff and focused delivery mixed with ad-libs and dance moves from Snoop kept the show moving.

One line that stuck out was an update to the original “California Love” where he now rapped, “I’ve been in the game for 30 years making rap songs,” which may seem innocuous but points to how long Dre has been one of the most influential figures in his genre.

A great deal of the songs performed across the show would not exist without him, either due to him producing them, featuring on them or directly inspiring the artists who would create them, which as a result helped tie everything together nicely even when Dre wasn’t on camera.

Things took a slight downturn with 50 Cent appearing alongside a stage set-up mirroring the music video for his hit “In Da Club,” which he then performed a decent rendition of despite coming off a little stiff. Unannounced guests are not uncommon for the halftime show, but with five artists on the main bill another showing up and taking up a decent chunk of time contributed to some segments feeling unfortunately brief.

Luckily the show immediately bounced back with Blige showing up to deliver a standout performance. Kicking off with a dancer-assisted “Family Affair” before moving into a dynamic and affecting vocal performance for “No More Drama,” Blige served as a perfect middle portion, keeping the energy high while bringing an emotional resonance that was missing up to this point.

The blaring intro of “m.A.A.d city” introduced Lamar, whose yelpy vocals and odd sound effects punctuated a sudden tone shift. Never one to conform to expectations, Lamar chose not to go with his highest charting tracks and instead switched into the Black Lives Matter-adopted anthem “Alright” from “To Pimp a Butterfly,” which he performed with all the vigor and urgency needed for a track as relevant as it was in 2015.

Unfortunately, Lamar’s segment seemed over before it had really begun, as a short transitional moment brought in Eminem, who similarly opened with a quick version of “Forgot About Dre” before moving onto “Lose Yourself.”

Eminem is still an excellent performer and the song is a proven hit, but it was easily the safest moment of the show, and another quick transition back to Dre left Lamar and Eminem both feeling just as much like guests as 50 Cent.

Dre returned to center stage, giving a piano interlude before launching into the final song of the show, “Still Dre.” Much like earlier with “California Love,” Dre gave a compelling performance with similar levels of intensity, making the message of the song work just as much as it did when originally released.

While not as technically impressive or flashy as past halftime shows, this year showed that quantity doesn’t have to mean a lack of quality, with each performer showcasing what makes them crucial to the modern music landscape.

As Dre, Snoop, 50 Cent, Blige, Lamar and Eminem stood next to each other at the end, it sunk in just how big of a moment it was, and reminded how impossible it really is to forget about Dre. 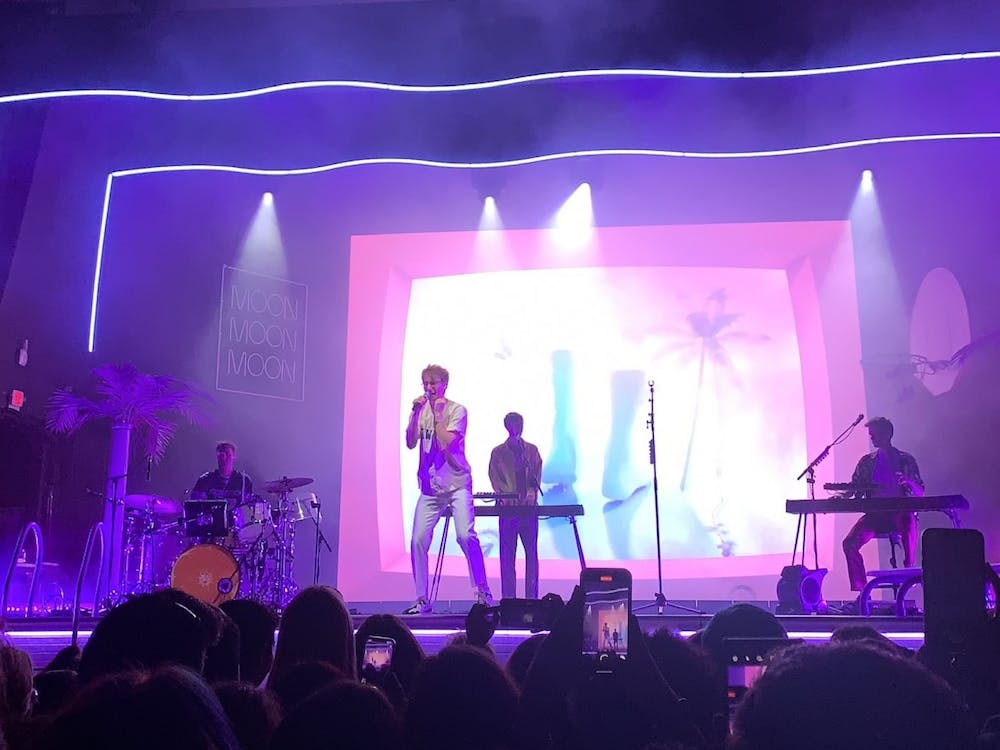