Miami University students shared their sidewalks and facilities with students of a shorter kind Thursday afternoon.

“Are you a sophomore?” one group of Fairview-Clifton German Language School sixth graders asked in English to every college student that passed, to varying answers.

Some college students got compliments instead.

“Oh, thanks,” she responded, flustered, before scurrying off to her next class.

The 11- and 12-year-olds from the Cincinnati Public School were on campus courtesy of the Department of German, Russian, Asian, and Middle Eastern Languages and Cultures (GRAMELAC). Faculty members led four groups of around 20 students each on campus tours with help from undergraduate students, Fairview teachers and parents.

When the magnet school’s Resource Coordinator Allison Sears reached out and suggested a field trip to the university, professor of German Nicole Thesz and her colleagues jumped on the opportunity.

“The idea is that we tell them what college is even about,” Thesz said. “Let them meet with some Miami students so that they can get an idea from younger people what the real experience is, and then, hopefully, get them interested in finding a major that connects somehow to German.”

From Pre-K through sixth grade, students at Fairview spend an hour each day in a German language class. During their visit to Miami, the professors-turned-tour-guides infused the foreign language throughout the day’s activities.

After arriving on campus at 11:15 a.m., the students got drawstring bags and bingo sheets to fill out during their campus tour. Sears helped keep the day moving on schedule after holding up her hand for the energetic kids to quiet down.

Audible gasps followed her statement that lunch would be late if they didn’t get started on time.

John Jeep, professor of German, started his tour with a “Guten Morgen” (good morning) before leading his students through the Bibliothek (library) in Alumni Hall.

At the statue of George Washington, students learned a new word in both German and English for the wide open round dome above their heads: Rotunde or rotunda. Several parents accompanied their children but didn’t speak German themselves, making the tour a learning experience for everyone involved.

Next, it was off to King Library, where communication specialist Shawn Vanness was waiting with German books and newspapers.

On the way from King to the Seal, the tour group crossed paths with Newton Crawford and his mom, Renate.

Instantly, a swarm of screaming sixth graders surrounded the four-legged resident and his First Lady assistant.

After the excitement of seeing the dog died down, it was back to the regularly scheduled programming.

At the Seal, one student had a single goal: Ask Jeep how to say every sport in German.

“What about tennis?” Tennis.

“What about football?” Football.

“What about volleyball?” Volleyball.

As it turns out, most sports keep the same name in English and German.

The tour concluded with a pass through the Karl E. Kemper Geology Museum and a bathroom break in Armstrong Student Center.

One student remarked that they’ve wanted to attend Miami since fourth grade, and seeing the flags hanging in the window at the Center for Student Diversity and Inclusion confirmed her decision.

Outside Upham Hall, Jeep switched into English to instill some philosophy into the young students’ minds as they contemplated John 8:32, “Ye shall know the truth and the truth shall make you free.”

“I wrote on a test in second grade that there were eight planets, and they marked it wrong,” Jeep said. “Today that’s right, but when I did it, it was wrong. So was it true or was it not true, what I wrote on the exam?”

“So should I go back then and get the points?” Jeep asked.

The jury’s still out. 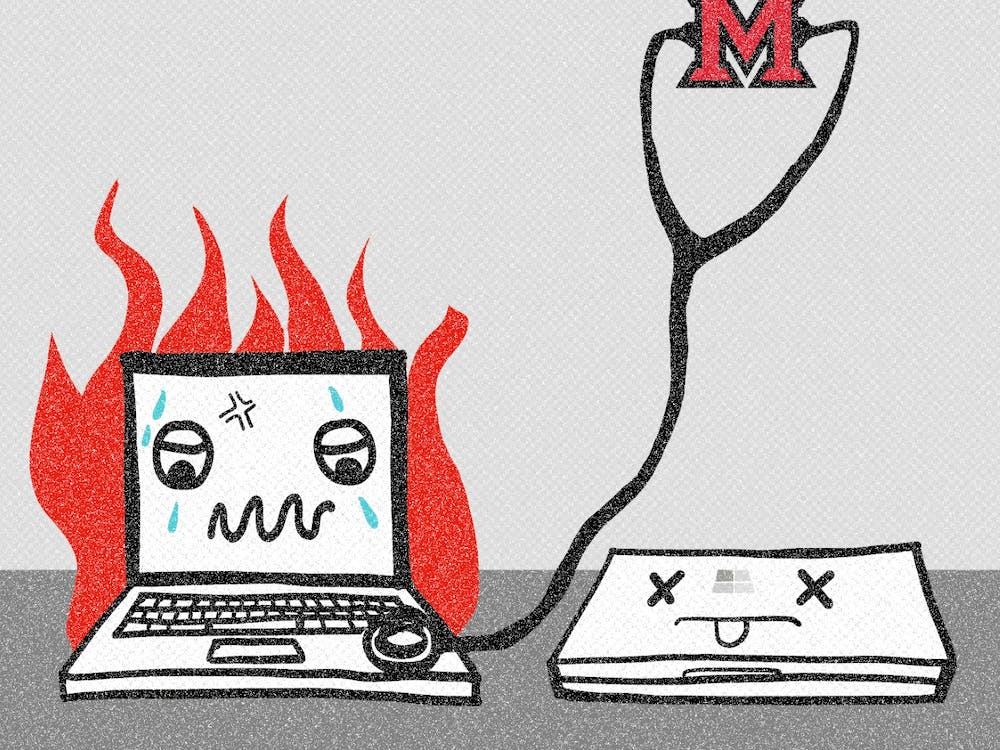 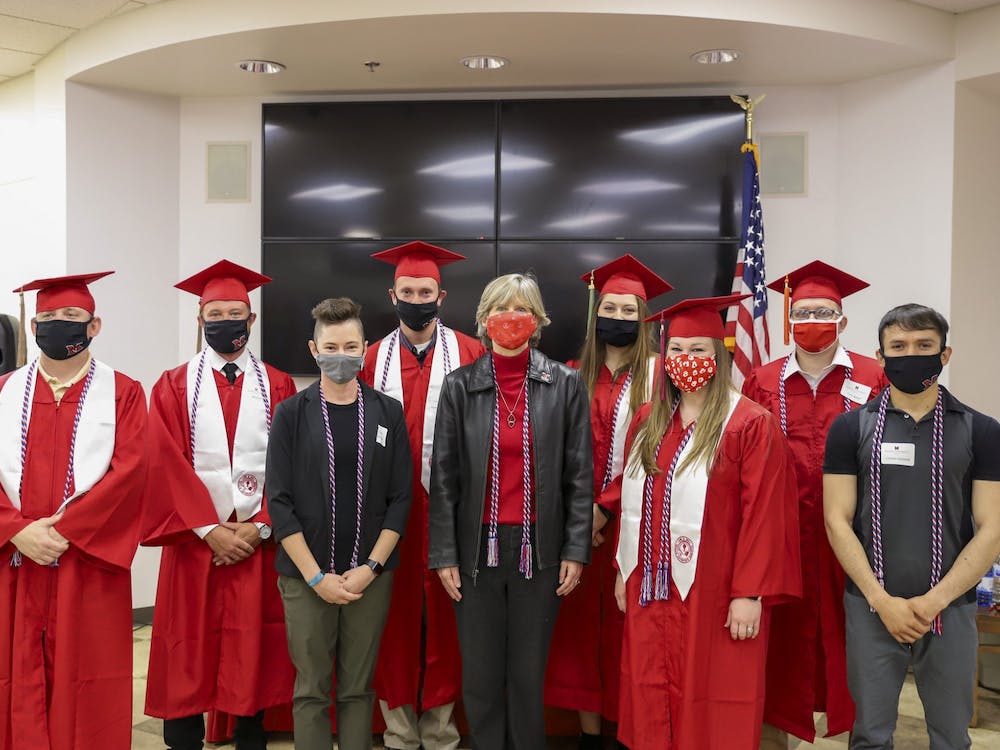