After the UN Climate conference, what hope is there for meaningful change?

The 26th United Nations Climate Change conference (COP26) wrapped up its scheduled two-week meeting time in Glasgow, Scotland on Nov. 12. These summits bring together leaders from countries around the world to discuss plans to tackle climate change at a diplomatic level.

The official statement from the United Nations (UN) reads, “The COP26 summit will bring parties together to accelerate action towards the goals of the Paris Agreement and the UN Framework Convention on Climate Change.” The Paris Agreement was signed in 2015, meaning that this is the 3rd conference to have taken place since then, as they occur every two years.

It’s always the same story at these climate summits. Countries make promises to move funds towards slowing climate change, but it is never enough.

The funds are insufficient and often take too long to actually be directed towards meaningful change. Yet world leaders will hold on to any small progress made toward climate change, even when it is not as much as experts advocate for.

The United States made headlines on June 1, 2017, when former president Donald Trump left the Paris Climate Agreement which Barack Obama had signed. Current president Joe Biden has recently rejoined, so while the United States can’t necessarily be judged on keeping the promises signed in 2015, the dozens of other countries that signed the agreement are in the hot seat.

The Paris Agreement’s long term goal is to keep the rise in mean global temperature to well below 2 °C above pre-industrial level, with the ideal temperature rise being at or below 1.5 °C. At the time of signing, there was optimism that such a large agreement would yield meaningful results. But as we stray further from its initial signing, the trends are becoming clear.

According to Climate Action Tracker, only Gambia has been sufficient in regulating its carbon emissions to comply with the Paris Agreement. While it is still a work in progress, many environmental activists and experts have voiced their concern about how effective it will actually be at the rate many countries are continuing with their emissions.

These unkept promises have not gone unnoticed, as over 100,000 protestors descended upon Glasgow during the summit demanding that world leaders take much more drastic action on the climate crisis, as The New York Times has reported.

It’s sad to see how the responsibility or urgency has fallen into the hands of the masses to take action to protect our future. Leaders meet over and over with the promise of change, but there has not been nearly enough. The insufficient aftermath of these meetings has been seen both visible and numerically.

What many people fail to realize is that the effects of climate change are not just going to impact the nature lovers and romantics of the world. It impacts all facets of life, even us living in America.

In fact, on Oct. 7, 2021, over 20 federal agencies released plans on how to tackle climate change and the specific impact it has on their agencies. Even the industries thought to not be affected by climate change, like: agriculture, defense, and homeland security released statements.

However, we as citizens of the United States have the right – and as it is becoming more apparent, the need – to speak up and hold our elected officials accountable for their actions, or rather the lack thereof.

This issue goes beyond party lines, though it sadly seems to get stuck there. It cannot be said that all Democrats are scrambling to do everything in their power to fix the issue, or that Republicans are crazy about stopping all efforts to help the environment. Rather, it seems that it has become an issue that our Congressmen and women like to talk about but often fail to take action on.

It can be very overwhelming to take in all of the dejecting news about climate change, but there is always hope. It is important to realize the strength that can be found in numbers. While it is always better to be as conscious as possible about your individual actions, the real change comes when people come together with a goal in mind.

With large-scale efforts based on slowing and eventually reversing climate change, those at the top have to listen. The focus needs to be on putting real pressure on the people who decide where our money goes and that they keep the promises they make.

What’s also encouraging is that Miamians can take similar steps.

Similar to the governments of the world, Miami University has joined hundreds of other universities by signing The Presidents’ Climate Leadership Commitments which aims for carbon neutrality, among other sustainability goals.

Furthering their transparency, Miami’s sustainability page lists many other steps that the university has taken, including LEED certified buildings, climate cafes, and more. Most notably is the plan to move away from steam-powered buildings, an enormous step towards achieving carbon neutrality.

Although I am usually very critical of institutions, I can say that Miami has put in the effort to become a more sustainable university. There is always room for improvement, and the future holds countless opportunities for our home to do even more to become a truly green campus that can set an example for other universities.

However, Miami is not perfect in its efforts in sustainability, as can be seen in dining halls where reusable china was only recently introduced, and plastic utensils and paper cups are still being used. As I have mentioned in this article, it is so important for us as students to ensure that Miami continues on this greener path and that we never become complacent.

Most college students are not ready to participate in large-scale global protests, but if we start by holding our own university accountable, the benefits will be immense. It is important to recognize who holds the power in our communities and to continue to make sure that those who have the most ability to do good are held to their promises.

As Margaret Mead stated, “Never doubt that a small group of thoughtful, committed citizens can change the world; indeed, it's the only thing that ever has.” From Miami University to global governments, it is up to the devoted people like us to ensure that our planet remains as beautiful and healthy as it can be. 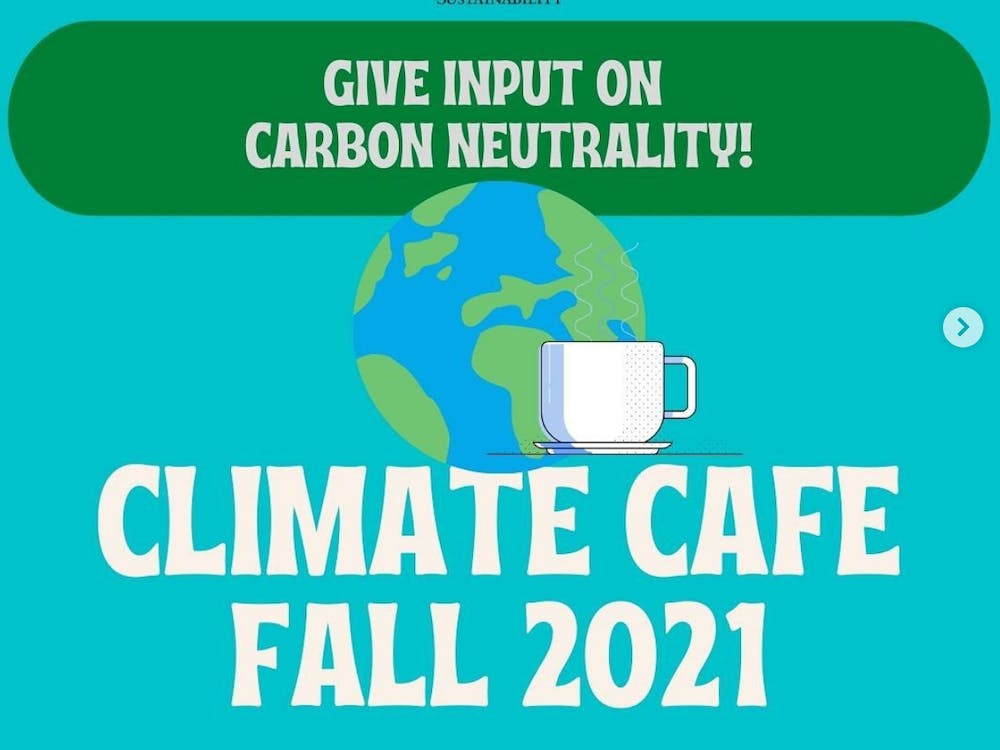 With two sessions down and three more to go, members of the Climate Action Task Force (CATF) and other presenters have opened up to the Miami community to chat about topics like student engagement, transportation, diversity efforts and more.