The agreement totals $250,000 and covers the cost of preliminary engineering, environmental documentation and multiple design phases for the proposed station. Though the city’s goal is to become an official stop for the Amtrak line from Washington, D.C. to Chicago, Amtrak has not formally agreed to incorporate the platform to its existing route.

“We’re somewhat concerned about not having a commitment in hand from Amtrak at this point and beginning to spend money on the project,” Mike Dreisbach, director of Public Services, said. “We will write in points of separation should it become clear that, for whatever reason, we’re not able to bring the project to fruition.”

Dreisbach added that the project includes considerable risks. Amtrak will not pay for any part of the platform or shelter, including costs the company itself incurs if it agrees to the project. Construction of the platform may disrupt the railroad schedule as well, adding to the city’s expenses.

Despite the risks involved, Councilor David Prytherch said he’s excited the city is moving forward with the project.

“We’re making a long-term investment here, and it’s not without risks, but the rewards are potentially really great,” Prytherch said. “To be honest, I think that we’ve struggled to get commitment from Amtrak without ourselves having skin in the game.”

While the platform would initially only see trains stopping three times a week, President Joe Biden’s infrastructure package sets aside $165 billion to modernize public transit and expand the nation’s rail network. Prytherch said the federal proposal could lead to increased train services in Oxford in the future.

“I’d love to see this platform in its design express something about Oxford, about its creativity, about its life,” Southard said.

Many of Oxford’s future projects are centered in the Chestnut Fields area, including the Amtrak station, an extension of South Main Street, future phases of the Oxford Area Trails, an intermodal transport facility for Butler County Regional Transit Authority and potential renewable energy projects.

As the city moves forward on various projects, Council discussed how each one will fit together.

“So far, long range visioning of this Chestnut Fields area has been pretty limited,” Prytherch said. “We’ve been moving forward on some projects in the short term … but the question is, have we exhausted and done our due diligence to make sure that we’ve optimized that these short term investments are leading toward the best long term vision for this area?”

As each project moves forward individually, Prytherch suggested taking three to five months before the design phase to make sure the final products come together effectively.

Assistant City Manager Jessica Greene said adding an exploratory phase to review the city’s long-term goals for Chestnut Fields will take time and money, so Council will have to prioritize its goals and potentially cut out initiatives elsewhere.

City Manager Doug Elliott added that moving forward with so many projects might require the city to buy properties like SDS Pizza, which could cost up to seven figures.

Councilor Jason Bracken said he hopes by having different projects work together, the city will be able to incorporate renewable energy into each.

“There might be opportunities for solarizing these facilities and the parking areas, and these goals line up with Miami’s goals as well in wanting to solarize,” Bracken said. “So that could mean not just the roofs of the facilities but … putting solar over the parking area.”

The next City Council meeting will be streamed on YouTube at 7:30 p.m. Tuesday, May 4. 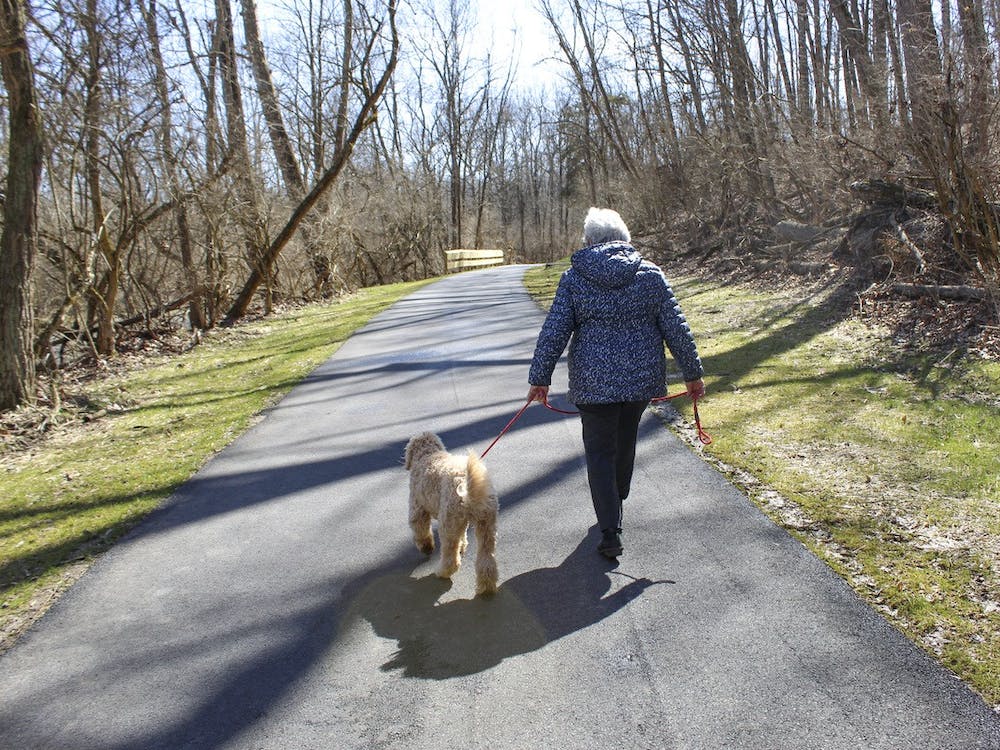 The Oxford Area Trails (OATs) are considered an outdoor safe space by many in Oxford, loved for the simple pleasures the trails offer within their wooded paths.