With Saturday’s win, the No. 18 RedHawks clinched their fourth consecutive Mid-American Conference (MAC) regular season title. The team is undefeated in conference games.

Last May, the MAC got rid of conference tournaments for multiple sports, including field hockey, for at least the next four years due to budgetary concerns surrounding the COVID-19 pandemic. So, the ’Hawks will receive the conference’s automatic bid to the NCAA tournament as well.

Freshman midfielder Paula Peña started the scoring for Miami. She put the ’Hawks on the scoreboard just over five minutes into the first quarter with a one-touch shot into Appalachian State’s net. Peña would score again in the third quarter.

Saturday’s win was Miami’s ninth straight vs. Appalachian State, and was marked by a commanding defensive performance. Miami had eight penalty corners and again held the Mountaineers to zero. Sophomore goalie Isabele Parese had an easy game — the RedHawks outshot Appalachian State 16-0.

Miami’s offense exploded for three goals in the first quarter. Less than four minutes in, Joyner threaded a ball to Garcia. The striker flung a shot into the net to start the scoring for Miami.

Then, with just one second remaining in the quarter, the RedHawks inserted the ball to Berlie during a penalty corner. Berlie took a shot on net, and senior midfielder Neely Lochmoeller deflected it in.

Miami would go on to score four more goals. Joyner and senior back Laurel Dortch each scored, and senior forward Lexie Nugent had two. Garcia and Berlie each chipped in two assists.

The RedHawks take the MAC’s automatic NCAA tournament bid with the win. Their first-round opponent will be announced on April 24.

Miami finishes its regular season next weekend with two games against Ball State University. The ’Hawks travel to Muncie, Indiana, and play at 1 p.m. Friday and 1 p.m. Saturday. 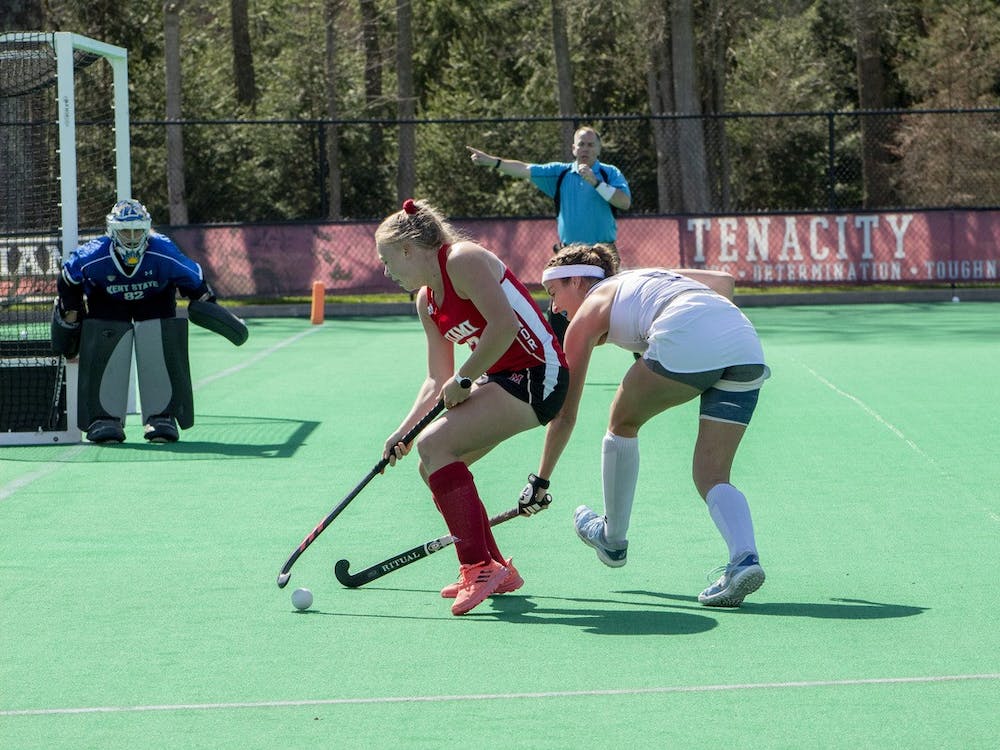