A Feb. 2 incident at Bogan Elementary has some parents worried about the safety of their children.

Shauna Koch, the parent of a kindergarten student at Bogan, said her child was sent outside unattended when none of the approved guardians for the child’s pickup were there.

The mix-up followed a possible COVID-19 exposure that caused several children, including Koch’s daughter, to be quarantined per the school’s pandemic plan, at around 10:25 a.m.

Koch said she got a message from her daughter's teacher explaining that her daughter was being sent home. Koch called to confirm with the school around 11:30 a.m. and picked her up about 10 minutes later.

Koch later found out from a friend, who was in the school office at the time, that her daughter had originally been sent outside to the wrong parent.

The other parent, whose child shares a first name with Koch’s daughter, had come to pick up his child when Koch’s daughter was sent outside by mistake. He then had to knock on the school window to tell the office that he had the wrong child.

“I was just really upset because you never know who that other person could have been,” Koch said. “It could have been anybody … It's a lot of what-ifs, but the what-ifs are what happen now. And since the incident, we found out that it happened the week before as well with another child. They sent another child out by himself to the wrong parent.”

Although the Elementary Student Parent Handbook doesn’t specify a district-wide pickup policy, Koch said Bogan has all parents fill out “final forms” that specify who is allowed to pick up a child from the school, and that ID is required before a child is released to someone.

“If you go to pick up your kid early, they're supposed to ID you, and you're supposed to sign them out,” Koch said. “And, since COVID, nobody's allowed in the building, so they’re supposed to bring the kid out to you.”

Although Koch said the school never formally notified either her or her husband of the mix-up, Principal Jeffrey Winslow responded to an email she sent two weeks later after receiving no communication from the school about the incident.

“[Winslow] said the mix-up came because they had a positive COVID student,” Koch said. “So they were doing contact tracing, and two kids had the same first name. So when the dad came to pick up his daughter, they sent my daughter out. But nobody was ever ID’ed.”

Winslow forwarded The Miami Student’s request for comment to the Talawanda School District Communications and Public Relations Director Holli Morrish, who said she could not comment due to an ongoing investigation into the incident.

Koch didn’t receive any further replies from school officials until she wrote a social media post on Feb. 21, detailing the incident in the Oxford Talk (OHIO) Facebook group. The next day, Koch got a call from the school’s human resources director Dennis Malone and an email from school board member Rebecca Howard.

Many other parents expressed concern in the comments of Koch’s post, and she said many parents and teachers from other schools in the district reached out to her individually to discuss their concerns.

Koch and her husband said that as things stand, they don’t feel comfortable sending their kids back to Bogan. However, if they pull them, there aren’t many other options.

“There's nowhere else to take them,” Koch said. “Schools are either full, or they don't do open enrollment in the beginning of the year.”

Koch said her concerns with school safety are entirely related to the pickup problems and not to the teachers.

“When I say I don't feel like my kids are safe at the school, it's not the teachers by any means. I completely trust their teachers 110%,” Koch said. “I feel completely safe – it's just letting [students] out of the building by themselves.” 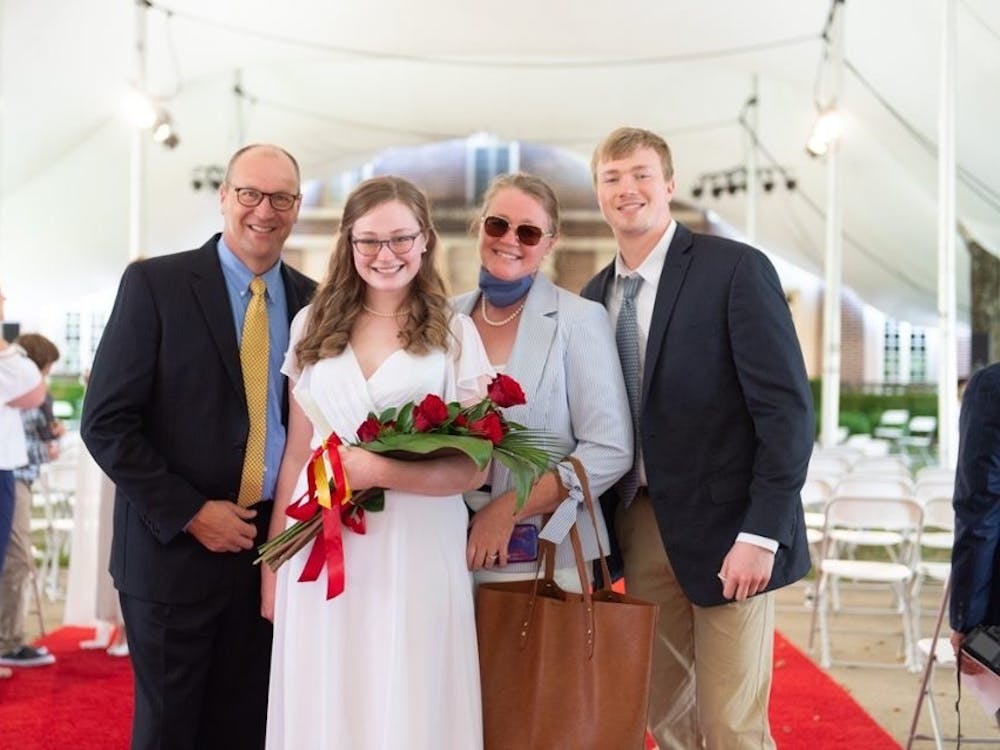 ‘You can only connect with someone so much over Zoom’: what an entirely virtual college life looks like

Imagine every aspect of your college experience thus far taking place within a screen. For upperclassmen, this is an especially hard concept to think about, but for some first-year students, like Cameron Tiefenthaler, that is reality.