When sophomore Mason Hardman started working toward his Eagle Scout award in high school, his adviser showed him his son’s Eagle project as an example.

“I was a little annoyed because his son did a really good job, and that’s what he was expecting out of me,” Hardman said.

When he finally did get his Eagle award in January 2019, his adviser, Chris Baldasare, told him that his son started a fraternity for Eagle Scouts at Miami University, where Hardman would be attending college. At first, Hardman, a supply chain and operation management major, wasn’t interested. But when he came to campus, he coincidentally ran into Baldasare’s son.

They started talking, and Hardman talked to some other people in the fraternity and really liked them, so he decided to join Epsilon Tau Pi.

Epsilon Tau Pi is a national service fraternity for those who achieved the rank of Eagle Scout, the highest rank available to youth in Scouts BSA, formerly known as Boy Scouts.

In 2019, the Boy Scouts program rebranded as Scouts BSA, to now include boys and girls in its programming. This means girls are able to become Eagle Scouts as well.

Although no women have joined Epsilon Tau Pi at Miami yet (the inaugural class of female Eagle Scouts were recognized just this month), the members are open to the idea in the future.

“Without Boy Scouts, there is no Epsilon Tau Pi,” Hardman said. “So it’s really cool to see how Boy Scouts is evolving and then as a result of that, it’s gonna make Epsilon Tau Pi evolve.”

To become an Eagle Scout, scouts must earn a total of 21 merit badges, serve in a leadership position in their troop for at least six months, complete their own service project and demonstrate that they live by the Scout Oath and Law.

Junior geology major Alec Baldasare became an Eagle Scout in October 2015. He heard about Epsilon Tau Pi through his brother who was a member at another university. When Baldasare came to Miami, he knew there wasn’t a chapter here, but he wanted to start one.

To start the organization, Baldasare had to fill out paperwork for both Miami and the National Board of Epsilon Tau Pi. The biggest challenge, however, was finding the 10 members required to start the chapter.

“The difficult thing about it is, is that it’s a very niche category, you know, the requirement to be an Eagle Scout and wanting to continue that on in college,” Baldasare said.

He found that putting up posters around campus was an efficient way to spread the word, and Miami’s chapter of Epsilon Tau Pi started in spring 2019. Baldasare is now the executive president.

According to the national Epsilon Tau Pi website, the fraternity is dedicated to “upholding the ideals of Scouting.”

“Some things that you think about scouting that you can relate to us too is I think, courteous, kind and cheerful are three things that … I carry with myself when I’m in the organization and when I’m just in my everyday life as well,” said Hardman, referring to three of the values listed in the Scout Law.

With COVID restrictions, it’s harder to do as many service projects, but it's still able to do trail cleanups often because they are outside where members can safely social distance.

Service is the main goal of the organization, but another focus is building a brotherhood. All of the members are very close, and Baldasare said this is partly because they are a small group.

“We are still a relatively small organization,” Baldasare said. “So, we’re not looking for just numbers. We’re not just looking for anyone to come in. We’re looking for people who will add to the organization and who’s going to devote themselves to our mission.”

Although Epsilon Tau Pi is a small organization, it offers a community for Eagle Scouts to continue being involved in scouting, which was important to junior mechanical engineering major Michael Van Huffel.

“Epsilon Tau Pi is a kind of continuation of scouting through college,” Van Huffel said, “and what that means to us is continuing the brotherhood and opportunities we had in scouting … doing community service, planning different trips and events and giving back to the community in any way we can.” 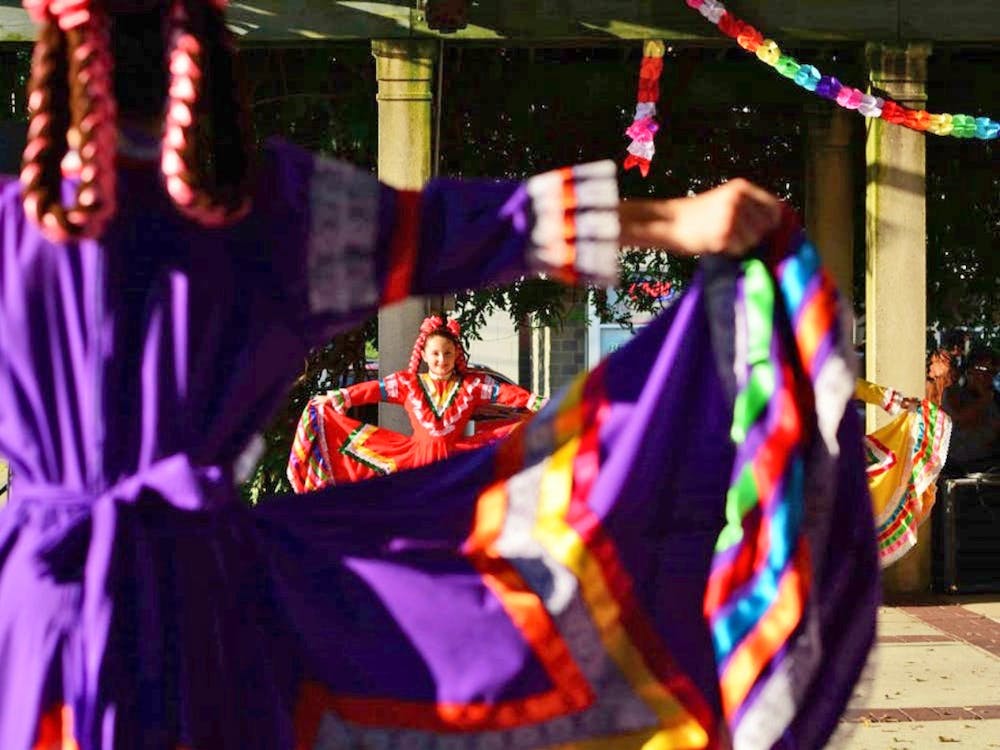