I first started watching “Dance Moms” when I was about 12 years old. I wasn’t much older than most of the girls featured on the show. It wasn’t long before I shared the show with my own mom.

At first, she couldn’t stand the mothers’ parenting decisions on the show. Why didn’t they just leave? But soon we both found ourselves screaming at the T.V. as (spoilers) the Candy Apples finally won against Abby’s girls. We were absolutely floored.

As I look back on it now, I realized I was more invested in the girls’ journeys than the moms’. I started rewatching the show over winter break and I think I can finally see some of the things my own mom found problematic. So what better way to give them some “healthy criticism” than in true Abby Lee fashion.

Holly -- Holly was not my favorite from the beginning. In the first few seasons she is largely absent as she’s working on her doctoral degree and working full-time as a school principal. It isn’t until the later seasons that she truly is a top-of-the-pyramid level mom. She was never the first to start a fight, unless it was to protect Nia from Abby trying to steal her spotlight. She was always the most rational, barely raised her voice and never cursed in front of the girls.

Christi -- For a while I really thought I was going to put Christi on top. She gave us just enough drama to stay interested, but was always looking out for Chloe. Any time Christi gave Chloe a pep talk, it was always a sweet moment. But Christi also had her moments of immaturity. When paired with Kelly, she could be really vicious to the other moms. Competition really brought out an ugly side of her.

Cathy -- OK, don’t get on me for this one, I’m not proud. But, I think she deserves to be higher than a few of the other moms. Cathy very clearly adored her daughter, which I can get behind. But more than her parenting, Cathy was just fun. Whenever “the wicked witch of the west” made an appearance, my mom and I knew it would be a good time. She could be nasty, but she really leaned into that role. We all loved to hate Cathy, and that’s what made her fun.

Kelly -- Kelly was a hot mess. I think we can all admit the show was better with her on it, but gosh, she really lost it sometimes. I adored the Christi-Kelly combo, as twisted as it got, but they hit it off really well occasionally. I think the reason she’s in the middle of the pyramid is because she was too contradictory for me to understand what she wanted. Sometimes she wanted the girls to have solos, then it was too much pressure, then it was all about the principle of them getting solos over other people. It was just too much. Let the kids dance if they want to dance.

Jill -- Jill is one of the more forgettable moms, and I think around season four, that’s what she was going for. For better or worse, she always looked out for the best interests of her daughter. She kissed Abby’s butt, but she didn’t try to deny or hide that. When Abby didn’t agree with her, she moved on. I appreciated her hustle. She had no spine, but she owned it.

Jess -- Jess is the only mom out of the “new” moms I thought deserved to be on this list. JoJo is arguably the most famous out of the “Dance Moms” alumni, so let’s take a look at the woman who raised her. From the beginning Jess was always picking fights with other moms. But the thing is, they were much more petty than fights in the past. She came onto the team with a sense of entitlement that she really couldn’t back up. Her saving grace was when she stepped in to help Holly during the whole Nia-records-a-song-without-Abby fiasco.

Melissa -- And finally at the bottom of the pyramid -- Melissa. Oh, Melissa. I honestly don’t think she’s an evil person or anything, but she just makes bad choices that don’t put her in the best light. See, unlike Jill who owns her spineless attitude, Melissa tries to cover hers up. She got caught in many lies over the years and just refused to talk about problems the group brought up with her. If you’re going to cause drama, at least make it entertaining. Her favoritism of Maddie over Mackenzie makes my mom and I want to pull our hair out. While Maddie was more successful, it seems like Mackenzie was almost completely forgotten at times (she even said she thought Maddie should have won against Mackenzie after Mackenzie got first place!).

And that’s a wrap. “Dance Moms” will always be able to withstand endless rewatches and binges, but watching now, it's harder to ignore some of these problematic moms. 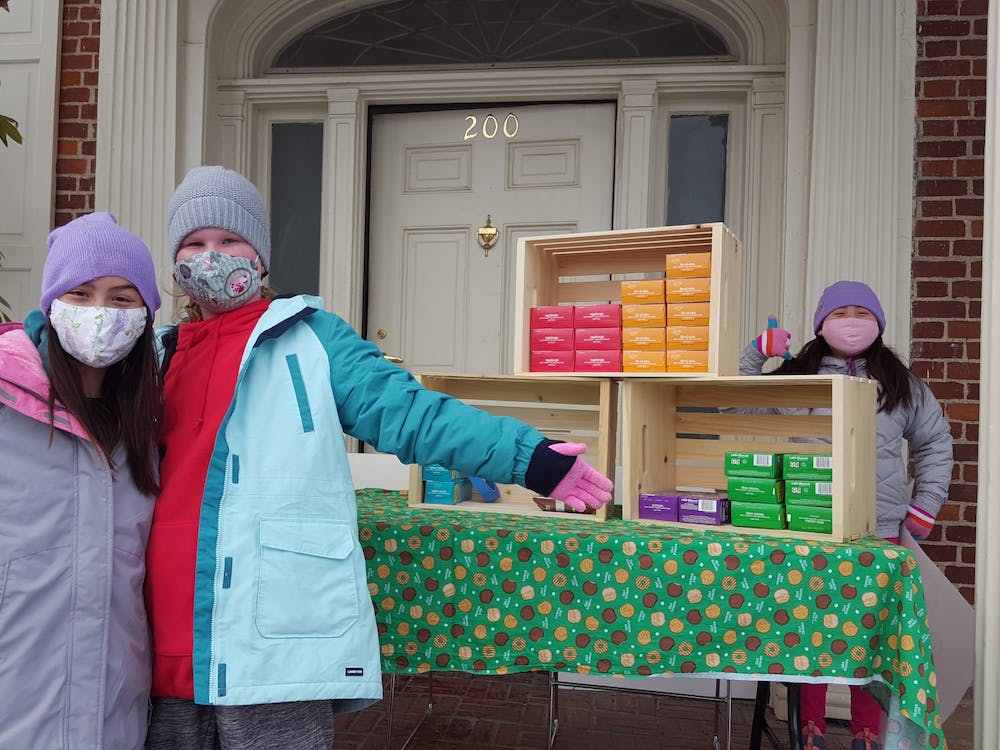 As winter begins to disappear, many find themselves with a familiar craving: Girl Scout cookies. But this year, Girl Scouts have found new challenges in trying to meet the community’s craving for cookies. 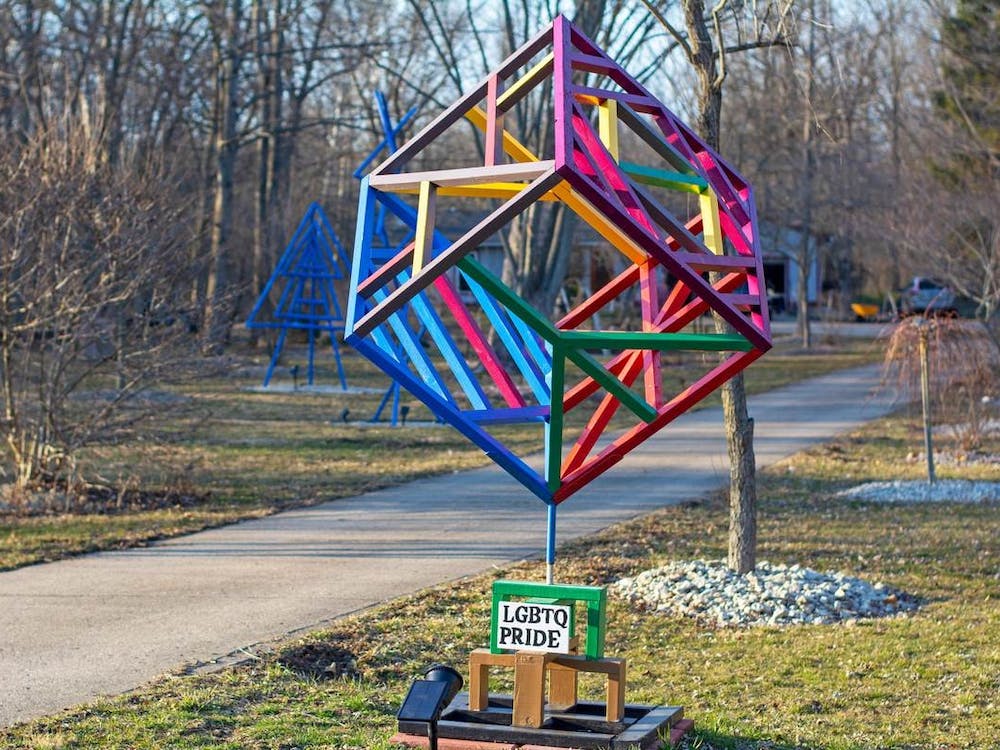 ‘Former philosopher, aspiring artist’: the man behind the art house

Momeyer, a former professor of philosophy at Miami University, has been building sculptures since he retired in 2012. 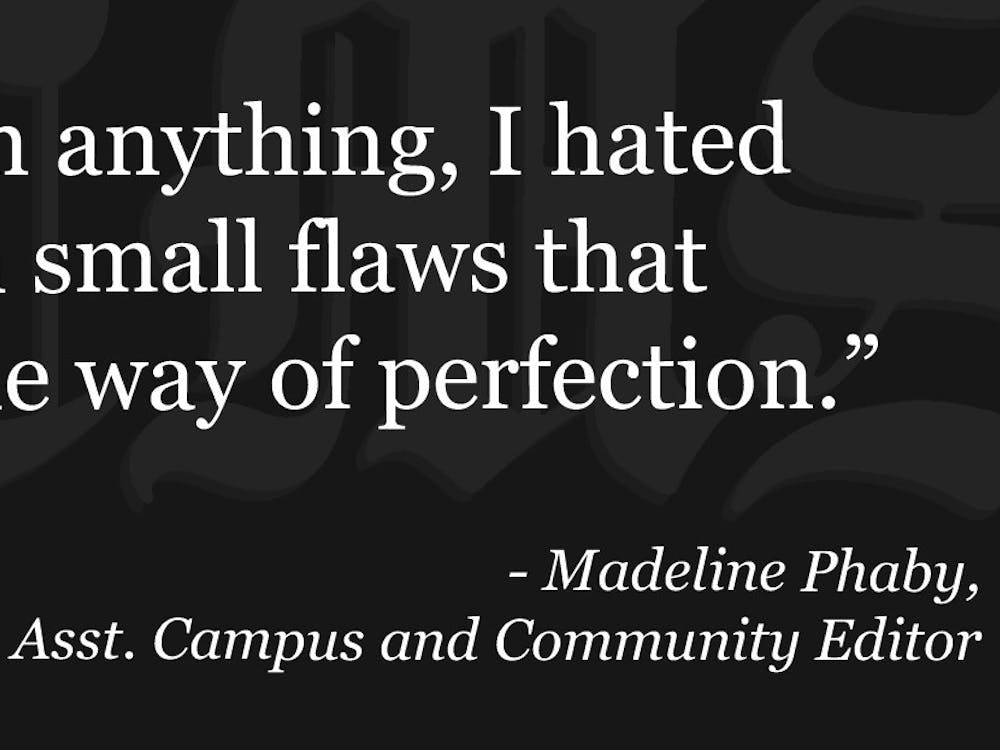 Perfecting the art of embracing imperfection

More than anything, I hated my million small flaws that stood in the way of perfection.