In the middle of the shop are three rolling racks of clothing, which feature everything from silk kimonos to leather jackets. Shoes, which vary in style just as much as the clothes, sit on top of the racks.

Non-clothing items line the walls of the room – colorful jewelry, handmade pottery and watercolor paintings are all displayed and sold. In the corner of the shop is a refreshment table, featuring coffee, tea and snacks, all of which are free for the shop’s guests.

SnaZZy Boutique, located at 211 S. Elm St., is owned and operated by Gini Maddocks, who lives in an apartment behind the shop. Maddocks also owns a massage clinic in the same building, and because she works full-time as a massage therapist, the boutique is only open on Wednesdays from 11 a.m. to 6 p.m. and Saturdays from 10 a.m. to 4 p.m.

Maddocks collected most of the clothing sold in the boutique herself during her travels around the world. The shop offers new and used products from more than 15 countries in Europe, Asia and South America.

For years, Maddocks simply kept the clothing she bought for herself, but her closet eventually began overflowing.

“Seven years ago, my grown daughter was looking through my closet, and she said, ‘Mom, do you think you might be a hoarder?’” Maddocks said. “So I took that to heart, and I started thinking about it.”

She decided she might be able to sell some of the clothing, and SnaZZy Threads was born.

On the third Wednesday of every month, Maddocks began hosting parties for her friends and acquaintances where she would sell her clothing. It started off small but grew bigger and bigger with each passing year, and eventually SnaZZy Threads had taken over the entire apartment.

When another massage therapist in the building retired, Maddocks saw an opportunity to expand her business into its own space. In July 2020, SnaZZy Boutique officially opened for business.

In addition to her clothing, Maddocks sells a variety of artwork – including jewelry, cards, origami, ceramics and more – created by local artists. She also holds open house events where the artists themselves are able to come and give talks about their work, which allows them to gain more recognition from the community.

“I try to get people to know the artists [by holding these open house events],” Maddocks said. “We also have free food and drinks, and we all sit around and get to know each other.”

Maddocks said opening a business during the COVID-19 pandemic has been a challenge, and business has been relatively slow since the boutique opened. She said this is partially because the building is hard to find, and the shop does not have a sign yet.

Despite this, Maddocks loves the building – called the Junction House – because of its rich history.

The Junction House was built during the 1860s, and it served as a boarding house for the men who constructed the railroad that cuts through Spring Street. Later, the section of the building that houses SnaZZy Boutique was converted into a men’s whisky room until prohibition started, when it was changed back into a boarding house.

“There used to be a train depot just across the street [from the Junction House], so this is where students would come in and disembark,” Maddocks said. “This building would have had a great view of stuff that was going on in Oxford when Miami was really young.”

In the future, Maddocks hopes to increase traffic in the boutique by getting a sign, distributing flyers and hosting exhibitions in the Oxford Community Arts Center. She said she may even consider hiring an employee if business picks up, but for now, she’ll continue running the shop on her own.

“The drama department has found me, so I see them sometimes – and the fashion department, too,” Maddocks said. “But I need more people to know about it.” 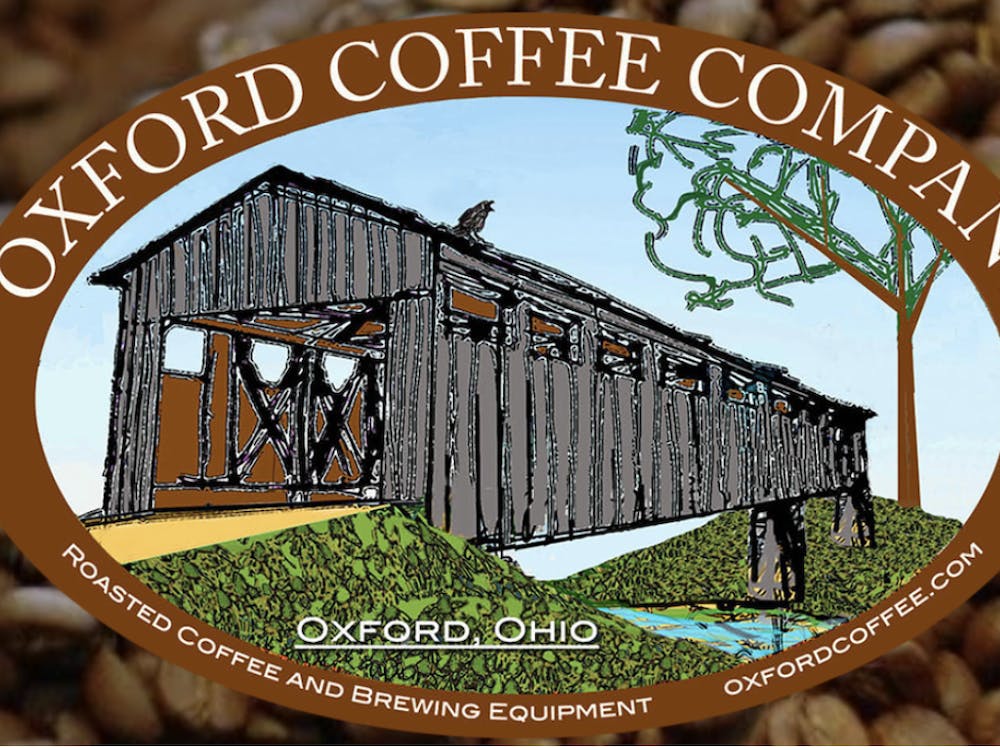 Where can one get fresh, quality roasted coffee beans in Oxford? Well, you don’t physically have to go anywhere.