Early voting is under way in Butler County

It is misting and gray at the Oxford Senior Center. A sign on the front door of the building reads ‘locked because of COVID-19.’ Shanna Cianchetti, the driver of the senior center’s early voting shuttle bus, leads passengers through the parking lot — braving the faint drizzle — to one of the shuttles.

As Cianchetti sprays Lysol on the seats, she explains that she does so 15 minutes before each bus ride to allow time for the bus to air out so none of the senior citizens experience an asthma attack or breathing difficulties.

A few minutes after Cianchetti Lysols, two Miami University students arrive at the shuttle. Although the bus typically seats 15, due to COVID-19 the capacity is only three plus Cianchetti driving. With the chemical scent of Lysol lingering, the students board the bus and head off toward the Butler County Board of Elections (BCBOE) to vote early and in person for the 2020 election.

Many of the houses along the route have yard signs for certain candidates, with many advocating a candidate different from their neighbor.

“[I’ve] seen nothing like this ever before, really it’s astounding,” Noonan said.

Mary Gerding, a sophomore psychology major who rode on the shuttle, said she found out about the senior center shuttling students to early voting from an email from Miami’s College Democrats.

“One of the big reasons I’m voting early is because of COVID,” Gerding said.

She told her friend, Lily Cota, a sophomore global studies major, about the shuttle, and both girls chose to vote early and in person.

Cota said she would have opted for a mail-in ballot if masks and social distancing hadn’t been mandated, but she was still nervous because one man didn’t wear a mask in line to vote.

“I would’ve way preferred to vote in person, but because I was voting by mail, I wanted to be extra sure it would get in on time and get counted,” Vorder said. “Especially during a pandemic and when things are really tense politically, it’s really important if you’re gonna vote, which you should, to get it in as early as possible so it has the best chance of being counted.”

Both Vorder and Crump are out-of-state students, and voting early allows more time for the confusion and complications that could arise from voting outside of their home state.

“I think [voting early is] just a wise choice if you’re confident in who you’re going to vote for, and you know that the lists of things that would change your opinion are very short,” Crump said.

Cianchetti explained the senior voting shuttle started out when some of the members of City Council wanted to go to the BOE to vote, and they wanted to include senior citizens as well.

At the BOE, Gerding and Cota enter a long and narrow room entirely taken up by a sizable line that doubles back on itself. The musty yellow and beige walls have signs reminding voters to keep their masks on and have their IDs ready.

The grey floors have social distancing markers, which voters seem to be obeying. The voters are made up of a truly diverse group: bickering elderly couples, parents comforting babies and assorted teenagers.

A man hunched over his cane mutters that he's “never seen a line like this,”and as the rain pours down, the voters pour in.

When the girls get back onto the shuttle, Cianchetti informs them they were gone for only 18 minutes.

Soon Gerding and Cota are back at the Oxford Senior Center, having cast their ballots in what is gearing up to be the biggest election cycle in recent history.

Due to COVID concerns, the Oxford Senior Center shuttle cannot take seniors and students at the same time, but students can call 513-523-8100 for availability to vote through Nov. 3.

On Sept. 25, the Mid-American Conference brought back football after initially deciding to postpone it to the spring. Now, it’s left with a lot of planning to do and a lot of uncertainty to deal with. 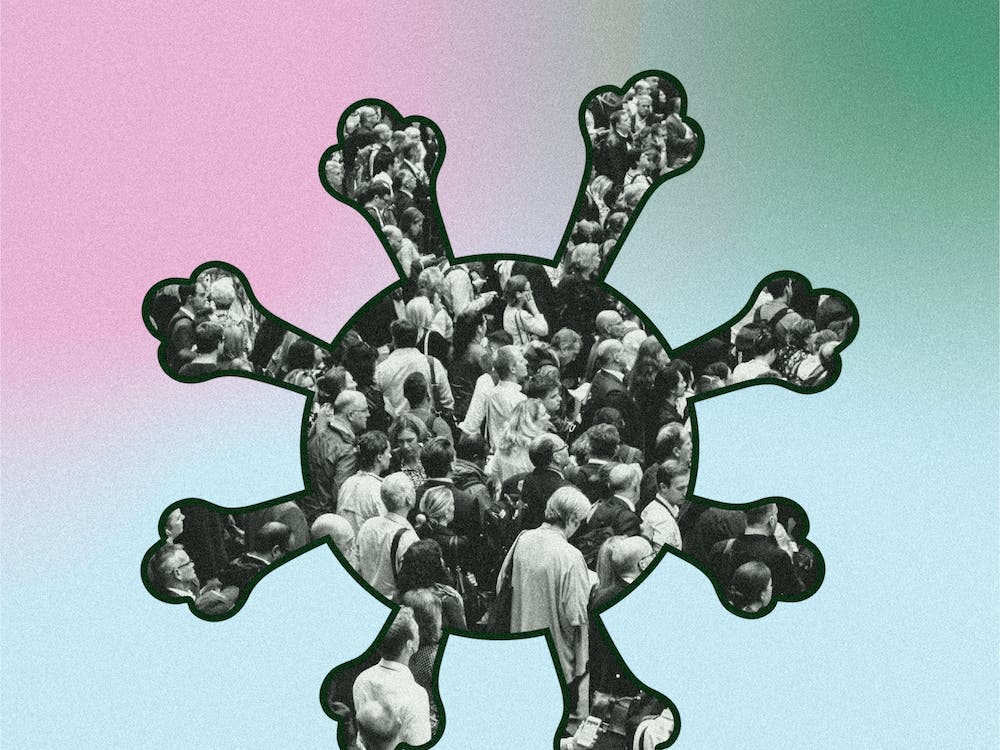 What is herd immunity, and what would it mean at Miami?

More than 1,500 Miami students have tested positive for COVID-19 since Aug. 17 — nearly 10% of the total student population. As infections continue to rise, many students have joked about getting infected intentionally in the name of herd immunity. But for the health professionals informing Miami’s response to the pandemic, this trend has dangerous implications for the Oxford community.

How does Miami’s COVID-19 testing plan compare to peer institutions?

Since sending students home in March, Miami University has been planning ways to safely bring students back to campus in the age of COVID-19. But with more than 1,300 cumulative cases a month into the semester, members of the Miami community have raised questions about the university’s response to the pandemic.