The federal government recently released new Title IX regulations, which will change how the Title IX process works at Miami University and other federally-funded schools.

Title IX is a federal law that prohibits discrimination on the basis of sex and applies to sexual harassment and sexual assault cases.

Secretary of Education Betsy Devos has spoken about strengthening the rights of those accused of sexual misconduct.

"Too many students have lost access to their education because their school inadequately responded when a student filed a complaint of sexual harassment or sexual assault," DeVos said in a press release."This new regulation requires schools to act in meaningful ways to support survivors of sexual misconduct without sacrificing important safeguards to ensure a fair and transparent process."

The Department of Education released the new regulations on May 6, and schools have until August 14 to implement them.

The main changes in the new regulations include:

One of the largest changes nationally is that Title IX hearings must now allow cross examination. While this is a difference for many schools across the country, the sixth circuit court of appeals implemented this in 2018 for universities under its jurisdiction, which includes Miami.

In the past, both the complainant (the student filing the report) and the respondent (the student being accused of misconduct) were allowed to choose if they wanted an advisor present at their hearing to help them through the conduct process. An advisor can be an attorney, family member, friend, mentor or anyone else of their choosing.

Now, advisors will be mandatory, and cross examination will be conducted by the advisor instead of the complainant and respondent.

“The process just now became a bit more litigious in nature, and that's not what it's designed to be,” said Ann James, director of the Office of Community Standards.

If a student/employee cannot afford an advisor or for any other reason cannot obtain one for themselves, Miami must provide one. James said it isn’t clear yet who the university will choose as the advisor and if this will be one person who serves in that role permanently or if it will be a rotating team of people.

James said the university is dedicated to making sure all students have equal access throughout the process, so the university is trying to ensure that students who cannot afford to hire an attorney are not disproportionately affected by the requirement to obtain an advisor.

“None of us are OK with a system that causes our students from low-income backgrounds to be disadvantaged,” James said. “That is not OK. That's never going to happen here.”

Another change in the new regulations is that sexual assaults that occur off-campus can no longer be prosecuted under Title IX. This excludes places the university has “substantial control,” such as fraternity houses.

Sexual misconduct that occurs abroad is not covered under Title IX, including anything that happens on a study abroad program or on Miami’s Luxembourg campus.

During the 2019-2020 school year, almost half of the sexual assaults reported to the Miami University and Oxford Police Departments occurred off-campus.

Although these assaults no longer fall under Title IX, the university is still able to try these cases as violations of the student code of conduct. James said it’s not clear exactly what that would look like, if those hearings would be similar to a Title IX hearing or would be handled differently.

The addition of an informal resolution is also a large change for Miami. Gabby Dralle, Miami’s deputy Title IX coordinator, said sometimes students asked for that option, but it wasn’t available before in Title IX cases.

The informal resolution option would give students the opportunity to open a dialogue about what happened to them, how they were harmed and how to repair that harm. This process would be outside of the conduct process and would give survivors of sexual assault more say in the outcome of the case, James said.

Both the complainant and the respondent would need to agree on this option for them to use the informal resolution.

The informal resolution is currently used at Miami for other types of code of conduct violations like discrimination or vandalism. If the process is not effective in a certain case, the case will continue with a formal hearing.

Exactly what the informal resolution process will look like is still being decided.

Other changes laid out in the federal regulations such as the lack of guidance on who is a mandatory reporter and the standard of evidence needed in Title IX cases are also still being discussed.

“It's a lot in a little amount of time,” Dralle said about the three months universities were given to implement the changes. “We're in an unprecedented time with working remotely, and it's a challenge. But I think that we're a strong group, and we're doing the best we can, and we're still moving forward because that's what we have to do.”

Administrators have spent the past two weeks reading through these regulations and brainstorming how they can be implemented at Miami. General Counsel Robin Parker chairs a Title IX working group, which will meet throughout the summer to discuss the best way to implement these changes at Miami. The group includes the Title IX coordinator and representatives from the Office of Student Life, Office of Community Standards and law enforcement officials.

Both James and Dralle emphasized that their goal is to provide support to students throughout the process.

“My primary aim is just to make sure that all the students involved in our process come out of it, not necessarily agreeing with all the outcomes, but that they feel they were treated fairly, that it was an equitable process, and they felt that they were supported,” James said. “That's my goal. So as long as I can continue to do that, then I'll feel okay.”

The number of students reporting assaults increased this year, with 66 total reports compared to 41 last school year. Dralle hopes that under the new regulations students will still come forward and meet with her to receive resources.

Dralle also said the university plans to involve students in decisions surrounding the new Title IX regulations as much as possible. The Title IX working group will consult with the campus community response team, an already existent group that includes student leaders.

Student Body President Jannie Kamara plans to speak with students about their opinions on the new regulations and communicate their thoughts to the administration.

“I really do like how Miami is trying to ensure that they're keeping student voices in with these conversations,” Kamara said.

Kamara has been reading about the regulations and worries about some of the changes being made.

“The Department of Education says these regulations are to rebalance the scales of justice,” Kamara said, “but I feel like a lot of changes don't really think about the trauma aspects of it and how it’s going to affect the ones being reported on but also the [survivor].”

Any students who would like to give input on the Title IX process can reach out to Dean of Students Kimberly Moore at deanofstudents@miamioh.edu.

Miami University’s Division of Student Life announced several policy changes and extended deadlines regarding course credit options on its Instagram story Wednesday.  Students are now able to take a grade of incomplete — “IU” for all undergraduate courses and “IG” for all graduate level courses — at any time during the spring 2020 semester. The deadlines to withdraw from undergraduate classes and the deadline to elect for a credit/no credit grading option were also moved to April 17. This is a change from the original February deadline. 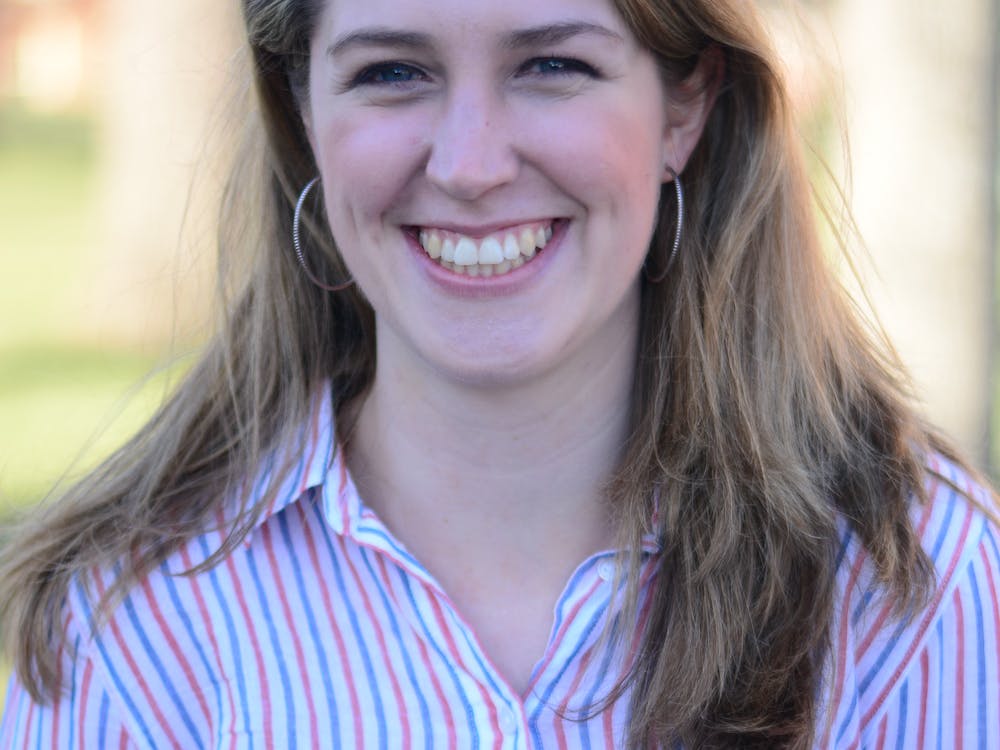