Students start petition to ‘save the humanities’

From the outside, Bachelor Hall looks the same as any other brick building on Miami University’s campus. In the middle, though unseen from the exterior, sits a courtyard. When it’s warmer outside, students congregate here to study or read. Some clubs have meetings in the courtyard, and sometimes students hold poetry readings there. In the fall, it comes to life as the home of the English department’s Mega Fair.

This is the only real place to congregate in Bachelor, but a proposed renovation plan would fill in the courtyard and turn Bachelor into a “transdisciplinary humanities hub.”

When senior Leah Gaus, a creative and professional writing double major, first heard about the proposed changes, she immediately texted in the groupchat for her English fraternity, Sigma Tau Delta, saying she couldn’t believe they were thinking about filling in the courtyard. The chat blew up, with many other members of the club expressing similar concerns about both the loss of the courtyard and the changes as a whole.

One member said “when you make a petition, let me know.” It was that comment that first inspired Gaus to do something about this. Gaus, along with creative writing and media and culture major Hailey Ardell, started drafting a petition on Change.org. They posted it around 5 p.m. on Saturday, Feb. 29. By Monday night, it had garnered 369 signatures.

“I felt like an afterthought as a humanities student here,” Gaus said. “We don’t get enough resources and attention as it is. Miami is a liberal arts school, but the focus is on business primarily and other STEM majors. We go here, too. We’re just as valuable. We’re getting the same education, and we matter, too.”

Gaus’ main problem with the proposed changes is the feeling that humanities students are being pushed to the side and aren’t given as much consideration as other majors. She pointed to the fact that Miami is spending $96 million on a new Clinical Health Sciences and Wellness Building and millions more on a digital innovation building.

She’s also mad, though, about the destruction of the courtyard, a place she describes as “magical” and “Shakespearean.”

“The courtyard is amazing, and I feel truly at home there, and it’s one of very few places on this campus that I feel at home,” Gaus said. “I feel at home in the courtyard and Bachelor Hall and the Women’s Center, and that’s about it.”

Gaus and Ardell both aim to make the student voice heard through their petition.

“I felt like the people who made this plan weren’t necessarily considering what the specific needs for each program are,” Ardell said. “They were more considering how they can make blending resources more economically advantageous … I think one of our main goals in making it was to show the student perspective.”

“[The proposed changes] further weaken the educational system that only gravitates towards majors it can get money from,” said Talon Wolter, a sophomore history major.

Provost Jason Osborne said he will consider student voices but that he feels the petition is premature, as they are still only having preliminary discussions about the proposed Bachelor renovations.

“The goal, of course, is to have a prominent home for the humanities as a clear statement of Miami's values, certainly not to diminish them,” Osborne wrote in an email to The Miami Student. “Once we begin discussion with departments, we will absolutely listen to concerns and address them where possible … We look forward to hearing everyone's perspective.”

Osborne also clarified that the goal is to move departments that are likely to collaborate into Bachelor, but this would not include all of the humanities.

Gaus said she hasn’t yet approached any faculty or administrators about the petition. Once it receives about 1,000 signatures, though, she plans to reach out to the university. 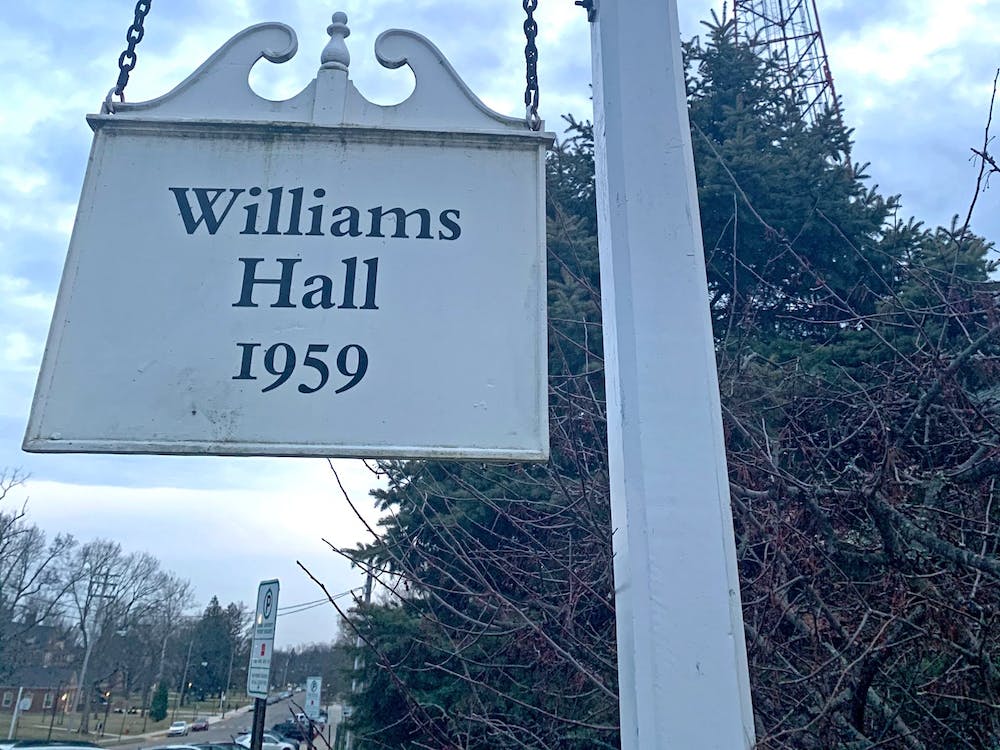 Miami University is considering tearing down Williams Hall in a plan to rearrange the campus by major.  The idea, presented at the Feb. 12 faculty assembly, involves separating the campus into “corridors,” which would place similar disciplines together.