“I am honestly just honored to be the first black female president of Miami,” Kamara said. “I’m sad that it’s taken so long for this to happen.”

Kamara and von Zastrow ran on a platform of civic engagement, diversity and inclusion, and student wellness. Major initiatives they hope to accomplish include expanding access to voting and local polling places, implementing a system where students can engage in community service to pay off parking tickets and creating an affordable health insurance option for students.

Speaker of Senate Sarah Siegel said Associated Student Government (ASG) and the candidates had plans to table in Armstrong Student Center, place banners and yard signs, and implement other initiatives to make students aware of the election. Many of these measures weren’t taken, though, due to the switch to remote learning and a large number of students leaving campus during the last week of campaigning, Siegel said.

This year was the first time ASG implemented ranked-choice voting. In this system, instead of having a run-off election if one slate didn’t receive 50 percent of the votes in the general election, students were asked to rank all three slates. If one slate didn’t receive the majority of the votes, the slate with the lowest amount would be eliminated, and ballots that ranked that slate first would be distributed among their second choice.

However, since Kamara and von Zastrow received a majority of the votes, the ranked choice system wasn’t implemented.

Kamara said her first goal is to fill the executive cabinet, so they can start working together this summer, especially anticipating how students will react to being back on campus after remote learning due to the novel coronavirus and academic concerns that may come up because of that. Kamara also said she plans to reach out to past student body presidents to get their advice.

“Jessica and I are just super excited for this year,” Kamara said. “No matter what happens when it comes to the coronavirus, we will always be here for students.” 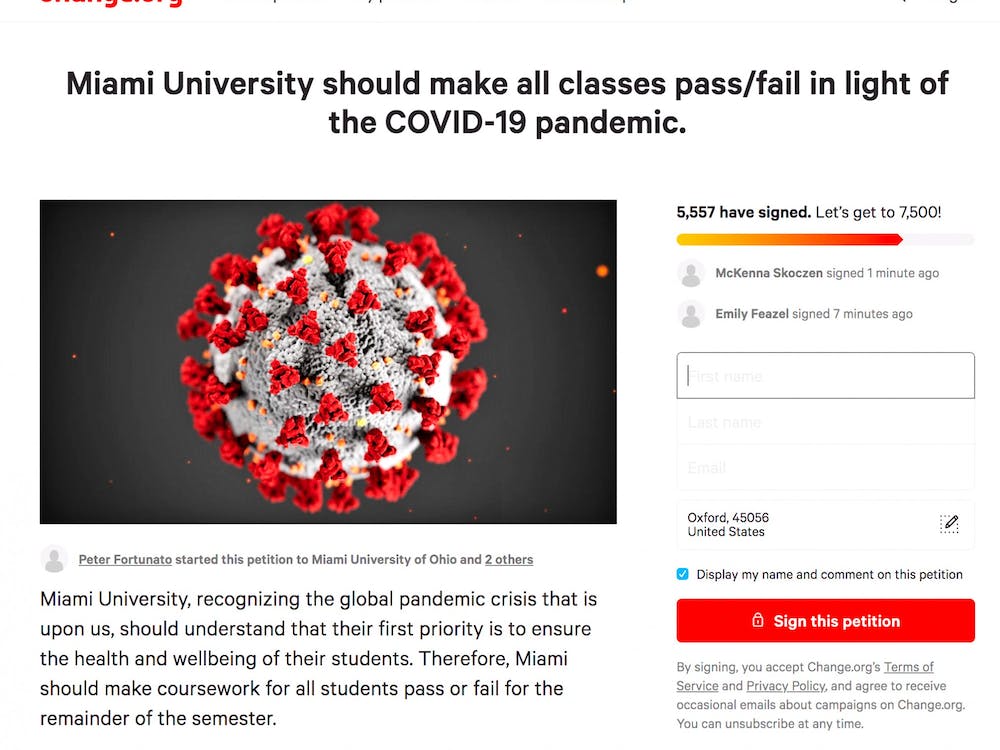 A petition is circulating around Miami University to make classes credit/no credit after university officials announced the university would move to remote learning through the end of the semester due to the novel coronavirus.