Carla Blackmar, founder of #Take3Oxford and an Oxford resident, presented the city with the Litter and Waste Reduction Award for Group Effort.

Blackmar described#Take3Oxford as a “grass-roots group that takes an incremental and persistent approach to waste reduction.” She said in order to join the club, residents must pick up three pieces of trash. Blackmar encourages members to do this every day.

“We know the city of Oxford faces many challenges in regard to waste, as many university communities do,” Blackmar said. “One of the amazing things about this city is that while we have our challenges, we also have a huge amount of community engagement to try to address these challenges.”

The award was a part of #Take3Oxford’s second annual “Oscars.” During this event, multiple residents won individual awards for their contributions to the group’s cause.

One of the accomplishments Blackmar highlighted was the city’s efforts to make the 2019 Uptown Community Picnic a zero-waste event. Oxford invested in a portable water refill station, which eliminated the need for plastic water bottles. The use of compostable serving ware replaced paper and plastic serving utensils.

ShareFest, an annual donation drive, collects various gently-used items from Miami University students and the Oxford community at the end of each academic year. These donations are distributed to multiple recipient groups such as Habitat for Humanity of Greater Cincinnati, Open Hands Pantry and Ohio Valley Goodwill Industries. The recipients also included Zero Waste Oxford, a student organization at Miami.

Carol Michael, a representative from ShareFest, estimated there were 109 tons of donations, a 12 percent increase from the previous year.

“It truly takes a whole community to make this event a success,” Michael said.

This year will be ShareFest’s 16th year collecting donations. Michael announced that the event will be held May 13-19.

After the presentations, Council passed a resolution allowing vendors at the Oxford Farmer’s Market to continue offering wine tasting samples and sell sealed bottles of wine for consumption off the premises.

City Council next meets at 7:30 p.m. on Tuesday, March 3 in the Oxford Courthouse. 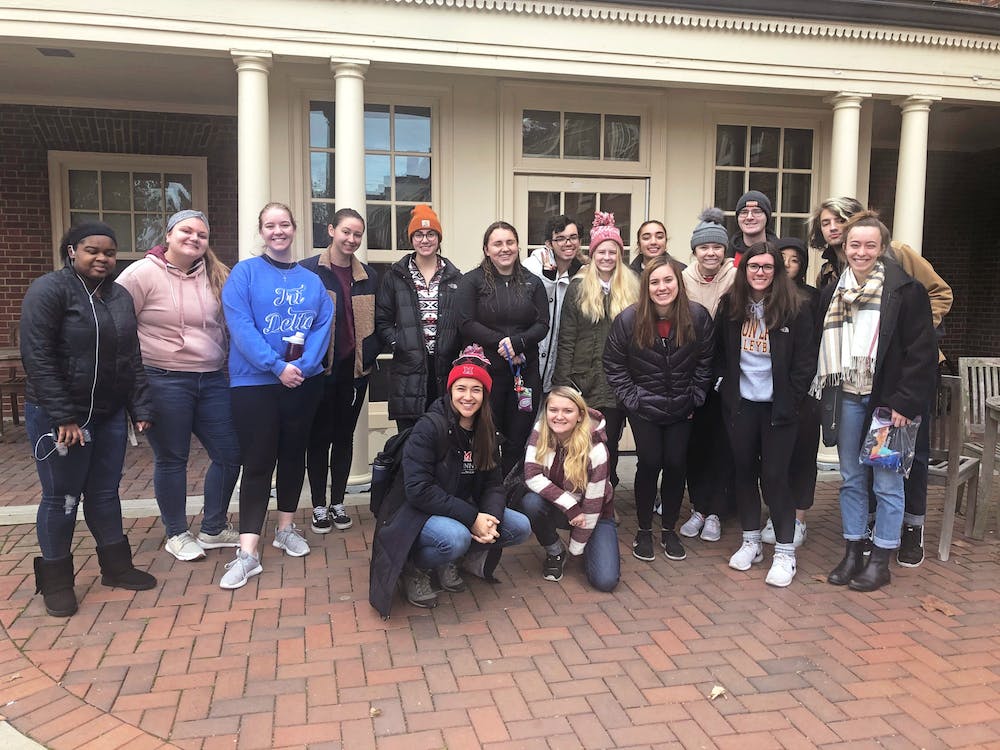 There are over a dozen groups with an environmental focus at the university, and until recently, they had little in the way of contact or communication with one another. With so many organizations overlapping one another, effort was wasted and potential members for each club slipped through the cracks. Members of the groups were left wondering if there was a better way to coordinate their efforts.