The Miami RedHawks won’t all be wearing red on their heads against Northern Illinois this Saturday.

For the second straight season, Miami had special colored-ribboned helmets made for its annual cancer-awareness game. Each player’s headgear will feature the team’s traditional “M” logo on the sides, but it will be placed over a ribbon decal of the player’s choice. There are nine different color options that represent different cancers.

“It’s a cool idea that the kids get to pick what color they wear based on their own life experiences, based on how cancer’s affected them, and their family, and their friends and their life,” head coach Chuck Martin said.

Brett Gabbert will don white, and Bart Baratti will sport purple. Zedrick Raymond will dress in black, and Dominique Robinson will use blue.

The most popular colors were pink for breast cancer (43 players) and blue for colon and esophageal cancers (19 players).

Last year, the RedHawks wore similar helmets in a 31-6 win on Oct. 13. They were featured on ESPN’s weekly “Geared Up” segment, showcasing some of the best uniforms from around the nation for that week. Miami will be talked about again this Saturday between 9-11 a.m.

“We got some really good exposure for the university, a year ago, with our helmets, because they are a little unique and different,” Martin said. “Not just having the ribbons on the helmets but having the multi-colored ribbons for all the different types of cancer.”

Last Thursday, the RedHawks spent the evening in Cincinnati for the Light the Night event, showing support for those with cancer.

Who are the Northern Illinois Huskies?

The Huskies pulled off a close upset of the Mid-American-Conference favorite Ohio Bobcats, 39-36, and tied Miami’s 1-1 league record last Saturday.

Their 39 points were, by far, the most they’ve scored this season.

Redshirt junior running back Tre Harbison has enjoyed back-to-back career weeks, dominating both Ball State and Ohio. He ran for a career-high 146 yards against the Cardinals two weeks ago before rumbling for three touchdowns to replace his previous best last Saturday.

He went for more than 100 yards on 16 carries against Miami last season.

A newcomer to NIU, senior quarterback Ross Bowers also posted a season-high against Ohio, throwing for 338 yards. He previously served parts of two seasons as the starting quarterback at Cal.

“He’s got a crazy strong arm and a crazy quick release,” Martin said.

Defensively, Northern Illinois has allowed 29.3 points per game, but that figure is skewed by two out-of-conference teams, Utah and Nebraska, dropping 35 and 44 on the Huskies in consecutive weeks. Redshirt senior linebacker Antonio Jones-Davis has collected 51 total tackles and two sacks to lead the unit in both categories.

“They’re known for defense,” Martin said. “They’ve always had a top, if not the top defense in the league.”

Saturday’s kickoff is scheduled for 2:30 p.m., and the game will air on ESPN+.

Unlike most teams at the halfway point of the season, the RedHawks are getting healthier, not more banged-up.

Freshman quarterback Brett Gabbert suffered their only notable injury against Western Michigan, and he returned on the RedHawks’ next drive. Barring an unforeseen setback, he’ll play against the Huskies.

“Hopefully, it’s the time of year that, even though we’re playing really good opponents, they have a little less size and physicality than some of those guys we played in the non-league schedule,” Martin said. “Even though [last Saturday against Western Michigan] was a really physical game, and it was a knock-down, drag-out for four quarters, we came out of it pretty good. Hopefully, we’ll continue to get healthier and healthier as we move down the stretch.” 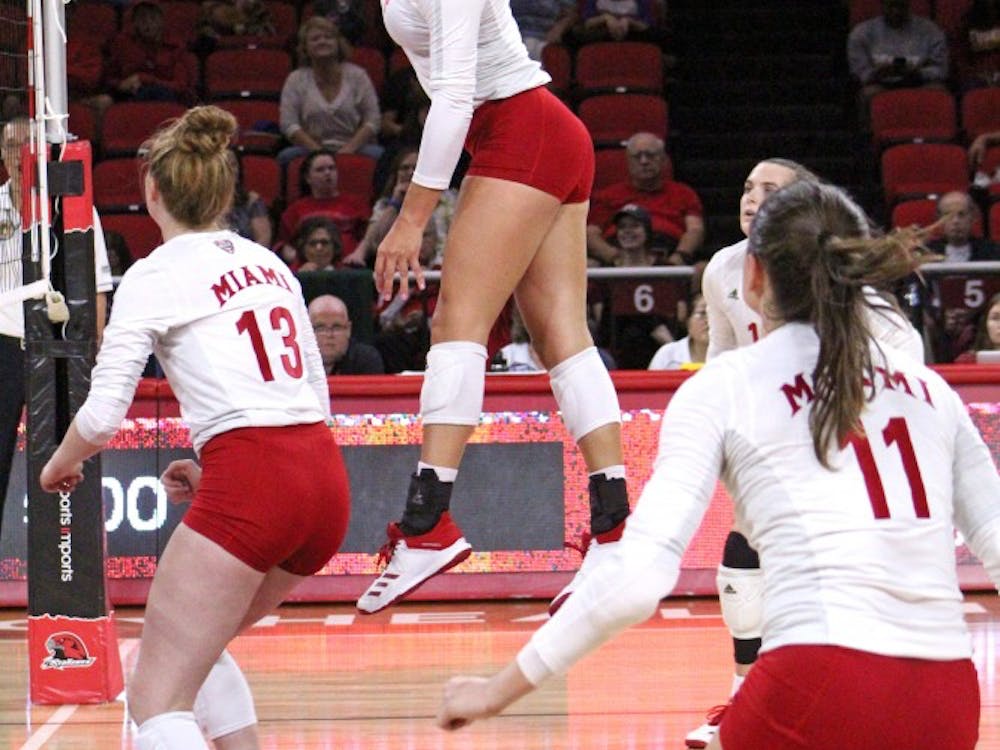