All I did was kiss someone...

"All I did was kiss someone."

You still have that text message in your phone. You took a screenshot to remember her exact words, but it's not like you'll ever forget them anyway. They're ingrained in your head; seared into your brain and stuck there playing on a constant loop.

"How did we even get here?" you ask yourself. But deep down, you know the answer.

It all started in September. The weather grew colder, and so did she. Phone calls became arguments and text messages became scathing critiques of your every move. She hated the distance, but you were giving it your all.

You both decided things were too hard. Everything would be easier if you broke up -- at least that's what you both told yourselves.

The day after you broke up, your friends encouraged you to make a Tinder. They said it would cheer you up, that it would be funny.

You deleted the app the next morning, but that didn't stop her friends from screenshotting your profile and sending it to her.

"How could you do this?" she yelled through the phone. She cried about broken trust, about losing all chances of getting back together. She ignored you for a week.

When she finally replied to your texts, she acted as if nothing was wrong. It was back to business as usual as she told you the story of her past weekend. While you were laughing over Tinder profiles with your friends, she was cuddled up in bed with her ex-boyfriend.

She said it so casually, as if her words weren't like daggers stabbing you in the back.

She was willing to ignore you for an entire week over a dating profile that you had for less than 24 hours, but expected you to be perfectly fine with her galavanting around with her ex?

You were flooded with a wave of emotion. Anger, pain, betrayal; they all floated around your mind clouding everything. She spoke of reconnecting and forgetting the past, but her actions did the complete opposite.

It felt like you were standing alone in the middle of a foggy street. The complete grayness of the situation seemed to be never-ending. You had so many questions, so many words that needed to be said, but your love for her forced you to push them down.

Within a few days, your anger toward one another had died. You still texted each other every day, your relationship still lacking a title. Things seemed to be going well for a while. She came to visit you, and you visited her.

As fall became winter, you realized that you two weren't going to get back together. There were other boys vying for her attention, and you had run out of attention to give. She was constantly asking for more, but you were giving her everything you had.

When you told her you could no longer deal with her demands, she blew up.

Her heartbreak also broke you. You didn't want her to fall apart, but you just couldn't keep giving yourself away for nothing in return.

The day after you told her you didn't want to rekindle things, you checked her Twitter profile and saw she posted a video. It was of her reading a three minute poem she had written.

It was about you.

She said you only cared about sex, but you both were virgins until you visited her back in the fall. She said you were smoking your life away, but at this point you had only been high twice before.

She lied about you, and the world believed her.

It was finals season and you couldn't focus on your work, so you turned to drugs for a sense of relief. You bought a few adderall pills from someone with a prescription to power through your assignments.

When you weren't working, you smoked weed to numb the pain, or you slept so you wouldn't feel anything at all.

Over winter break you saw each other -- a lot. Even after everything she put you through, she still felt like home. One night, she left you in her bedroom alone. She told you not to read her journal, but you did it anyway. The notebook was filled with more poems.

Poems to another boy.

You didn't tell her what you read. You both promised if you developed feelings for someone else you would tell each other.

She hadn't told you anything.

As winter break faded back into the monotonous routine of a new semester, you finally worked up the courage to tell her what you read.

You blurted it out over text message. "I read your journal that day you left to go pick up your sister from the neighbors." You weren't even talking about anything of substance, you just couldn't find a way to bring it up in conversation.

At first she was confused, but when she remembered what day you were talking about, she didn't get angry. Instead, she just started explaining herself.

"All I did was kiss someone..." her text began. The rest of it didn't matter. Reading those words made something click in your mind. You couldn't do this anymore. You couldn't keep breaking yourself for a girl who wouldn't even bend for you.

You stopped answering her texts. Maybe one day you will reply, but for now you have to focus on yourself.

Last weekend you successfully got into a bar for the first time, a feat that many 17 year old first-years don't accomplish. As you danced with your friends, you felt the Four Loko you drank before leaving for the bar spread through your veins.

During a lull in the music, you took a moment to look around at the smiling faces of your friends and a realization washed over you.

This was the first time you'd been truly happy in months.

This story is a work of narrative nonfiction written to give the subject anonymity. 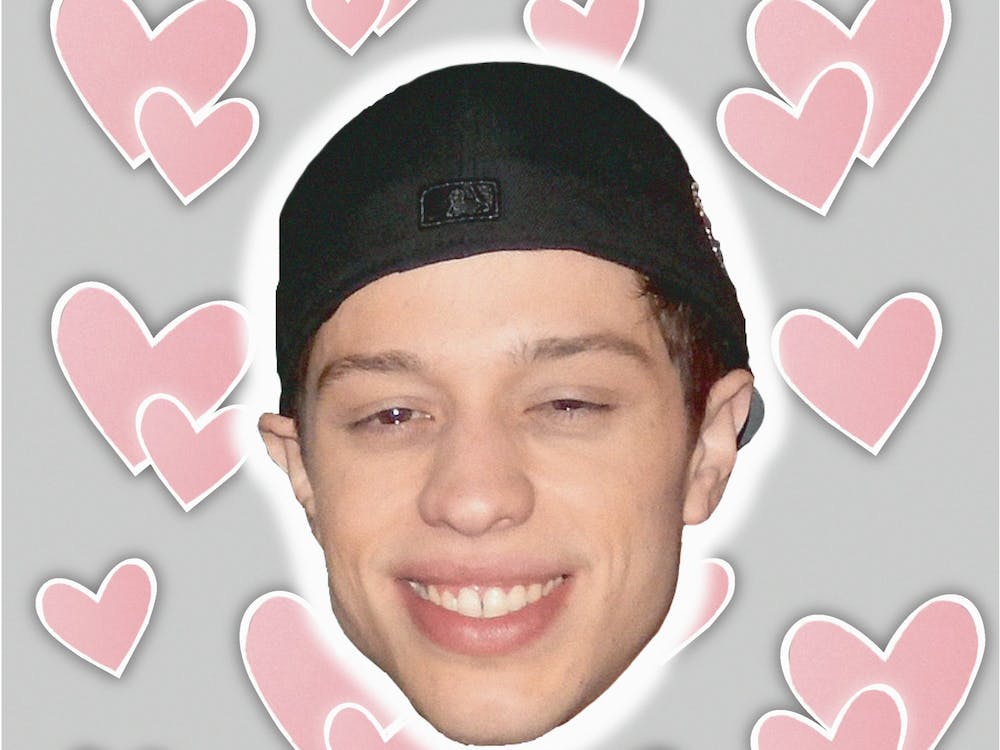 So, what is it about Pete Davidson that’s so attractive, and what makes him different from other Hollywood ‘it’ guys? America loves an underdog.