Wright didn't think it was feasible to study abroad, but then he discovered STEP.

Student Teaching Program in Europe (STEP) is the oldest teaching abroad program at Miami and has been established for over 40 years.

To complete the student teaching requirement in the College of Education, Health, and Society (EHS), students must teach for 16 weeks at a designated school in the surrounding area. With STEP, students complete the first eight weeks at their assigned school and finish their remaining eight weeks with their choice of teaching in Luxembourg or Ireland.

Wright taught math for eight weeks at Edgewood High School in Trenton, Ohio, and he is finishing his experience in Luxembourg.

“I chose Luxembourg because I would be able to see more places for cheaper cost since I could take trains and buses, compared to Ireland, where I know I would have to fly to a lot of places,” Wright said.

Molly Sawyer, director of the international student teaching programs at EHS, said this year, there are 11 students in Luxembourg and three in Ireland.

“Even if it’s just 14 future teachers at a time,” Sawyer said, “we’re able to make a difference, certainly in our education system here in Ohio, but in also being able to step back and think through how do [European teachers] connect with students? How do they use time in an effective way to meet everyone’s needs?”

Sawyer, who began overseeing the program in August 2020, said the COVID-19 pandemic hurt the number of students who participated in the program, but the program has been rebounding since the fall 2020 semester.

Wright teaches math at the Differdange International School to an S5 and S7 class which is the American equivalent to juniors in high school and first-years in college.

Julia Brannon, a senior history and integrated social studies education double major, also teaches at Differdange. She is teaching geography and history to an S3 class, the American equivalent of eighth grade.

Brannon taught at Talawanda Middle School (TMS) and said one of the biggest challenges she has faced teaching in Luxembourg was adapting her teaching style. At TMS, she made students take their own notes on lectures, but she quickly learned that some of the Differdange students had trouble understanding her due to a language barrier.

At Differdange, students come from various parts of Europe. While many of them speak English as a second or third language, they primarily speak Luxembourgish, German or French.

“Given the language barrier, they can’t really follow what I’m saying sometimes, so I have [notes] prewritten for them,” Brannon said. “They did give me feedback that it helps, so I’m learning and asking them questions about what they would like.”

While in Luxembourg, Brannon and Wright have noticed many differences between the American and European educational systems, some of which they hope to implement in their future classrooms. Brannon said the European education system focuses on a healthy work-life balance.

“It feels like from the country as a whole, there’s this pressure to do extremely well … And I think that makes me appreciate the curriculum in the U.S. where we get to spend a lot more time with certain subjects,” Wright said.

Miami and Differdange are celebrating their fifth year of working together this year. In October, Differdange unveiled a plaque and signed a Memorandum of Understanding recognizing the partnership.

“It was really exciting that we were there to see the unveiling of the plaque and to see the signing, and to see our relationship that has been ongoing for many years, become official,” Sawyer said.

In addition to Sawyer, Jason Lane, the dean of EHS, administration from Differdange and all the student teachers attended the ceremony. A replica of the plaque will be hung in McGuffey Hall on Miami’s campus.

“It definitely shows that we have kept good relations,” Wright said. “I think by recognizing that, I feel more inclined to keep good relations with Luxembourg to make sure that future Miami students have this chance.” 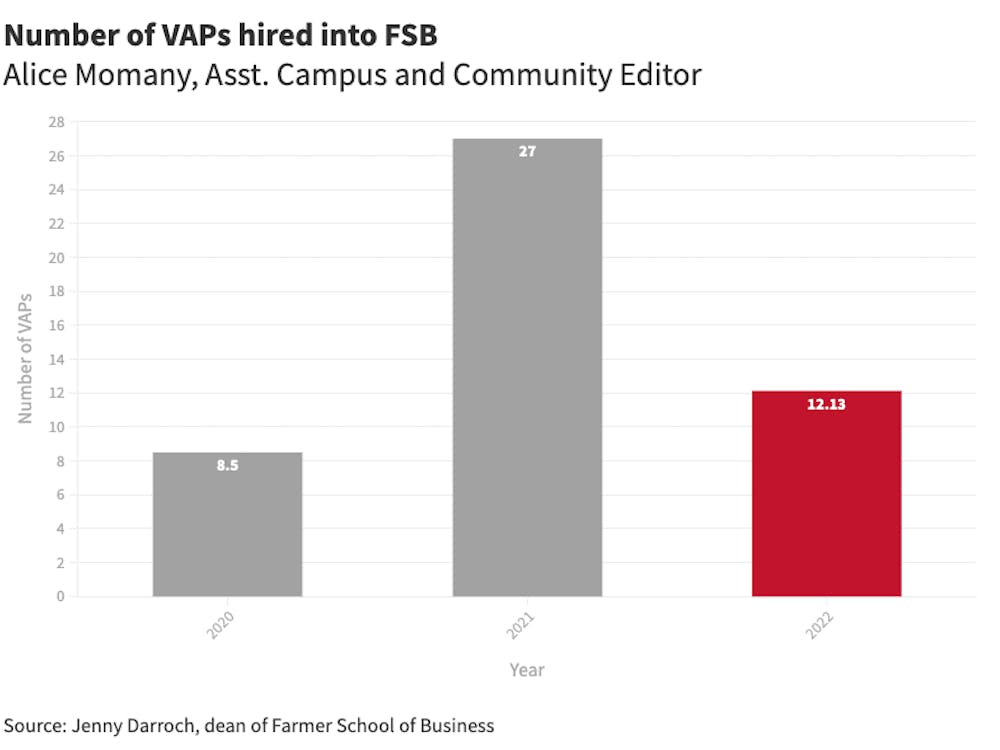 Miami works to rehire visiting assistant professors after the pandemic

In 2020, more than half of the visiting assistant professors (VAPs) at Miami University did not have their contracts renewed for the fall 2020 semester as the university prepared to lose tens of millions of dollars from the COVID-19 pandemic. Two years later, the university is working to refill those positions.