This year, the Oxford Community Band is celebrating its 35th year. The community band can be spotted playing at events Uptown, at the Oxford senior center and Talawanda High School.

The band, established in 1987, was started by Ted Beerman, who ran a local music store in Oxford. Beerman created the community band for adults who enjoy playing instruments. The band rehearses every Tuesday at Talawanda Middle School from 7 p.m. to 8:15 p.m.

“I saw the band in concert on the Fourth of July, and they said ‘this is our last concert of the season, but come next fall’ and so I did,” Taylor said. “I was so excited. I had to go find a used clarinet real quick.”

Valerie Ubbes joined the community band in 2011, and a year later, her husband Bill Ubbes followed.

Valerie Ubbes started playing bassoon in ninth grade and spent her high school summers in the ’70s at Interlochen Arts Academy in Michigan. She didn’t play the bassoon again until 2008 when Bill bought her one, and in 2011 she joined the community band.

Her husband, a retired engineer, played trumpet in high school and was in a pick-up jazz band in college. Bill Ubbes put his instrument away for about 20 years, until his wife told their church music director she knew someone who could play the trumpet. He has played every day since then.

“It’s fun, it’s a good group of people, and it’s an opportunity to play.” Bill Ubbes said. “It’s the high point of the week for a lot of us.”

Bill Ubbes says his favorite memory in the community band is from a Christmas concert Uptown.

Throughout the years, some long-term members have been unable to continue in the band.

“They move into assisted living and can’t play anymore, and we really miss them,” Bill Ubbes said. “It’s like losing a parent.”

Mary Keister moved to Oxford in 2020 and joined the community band about a month ago. Keister said the band is a creative outlet and a great way to meet new people.

“It’s hard to get to know people in the community if you don’t engage in activities, so this for me is a way for someone who is newer to Oxford to get out and [meet] people while engaging in an activity that I really enjoy,” Keister said.

Keister began playing the drums in fifth grade. The band has long been without a percussionist and is excited to have Keister.

“I didn’t join right away, I got myself [in] a little bit better shape and finally showed up at rehearsal,” Wentzell said. “It's a perfect kind of stress relief and something I didn't realize I'd missed as much as I did until I started doing it.”

The band has about 20 consistent members. Community band members have come from all around the Oxford area including Hamilton and Fairfield, Ohio, and New Haven and Richmond, Indiana. Many members of the band are Miami faculty, retired Miami faculty and music teachers.

“That we get to draw in everyone from working people around the area to students, teachers and retired folks makes for a really diverse group,” Wentzell said “It keeps it interesting that we have different people with different input on the music and on what they enjoy playing.”

Austin Marshall is a band director in Union County, Indiana. Marshall has been a member of the Oxford Community Band for about a year. He heard about it from another band director in Indiana who is also in the community band.

“One thing I really like about the band is that instead of being on the podium, I get to be where my students are when I’m yelling at them everyday,” Marshall said. “Here I sit down and get to be like ‘maybe I could’ve done this better,’ so it’s a humbling opportunity.”

Valerie Ubbes said her favorite part of the community band is performing for others.

“The most exciting part about the band for me is playing in nursing homes, the senior center, and getting around town wherever we can play,” Valerie Ubbes said. “Giving music and giving concerts really is great, because the audience appreciates it and we get to play for them.”

Kat Magnone, a fourth-year graduate student at Miami, joined the community band about a year and a half ago, and said she enjoys its casual atmosphere.

“I started [in the band] because I'd really been missing something in my social calendar,” Magnone said. “I'd always been in some sort of musical ensemble until I came to Miami, so I was really missing that connection that I had with music and with my fellow musicians.”

The Oxford Community Band's next performances are Dec. 3 at the Oxford Holiday Festival in Uptown Park at 5 p.m. and Dec. 12 at the Oxford Senior Center at 6:30 p.m.

The community band is always looking for new members of any playing ability, and there are no auditions required. Interested potential members can reach out to Gregg Wentzell (wentzegw@miamioh.edu). 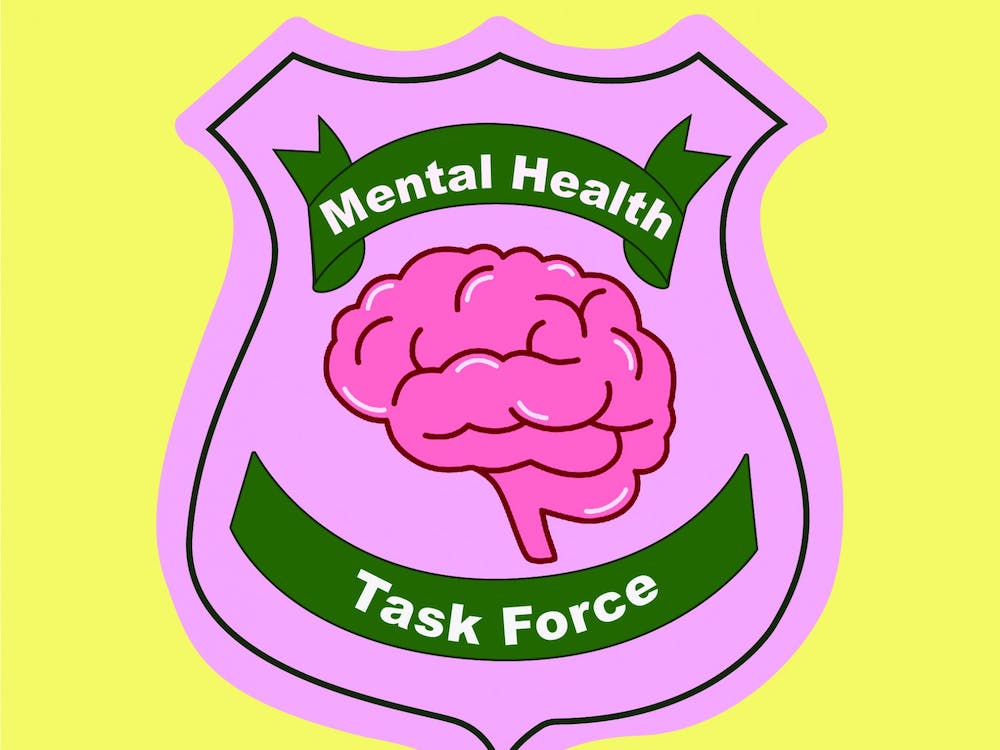 To combat the national mental health crisis, Miami University has established a group dedicated to researching the mental health conditions at Miami.