There is no Miami athlete that has found as much success in the pros as Ben Roethlisberger.

The Lima, Ohio native was the signal-caller for the RedHawks from 2000-2003. After his successful Miami career, Roethlisberger was drafted by the Pittsburgh Steelers in the first-round of the 2004 NFL Draft. Steelers fans enjoyed 20 years of success including two Super Bowl victories in 2006 and 2009.

He became a fan favorite in Pittsburgh, so much so that they even nicknamed him Big Ben.

By the time he retired, Big Ben was the NFL’s fifth all-time leader in career passing yards, eighth all-time in touchdowns and fifth in completions. One of the best quarterbacks of the last 20 years, Roethlisberger has certainly earned first ballot hall-of-fame consideration.

While he had stellar play on the field, Roethlisberger has received some heat on his recent comments regarding another hall-of-fame-worthy quarterback.

Following Tom Brady and the Bucs Week 6 loss to the Steelers, Roethlisberger felt inclined to chime in on his former team’s big win. On his “Footbahlin” podcast, shortly after the game, Roethlisberger said that Brady “didn't look like he wanted to be out there.” He added that “there's no way he's enjoying this — no way.” Roethlisberger was alluding to Brady’s rumored impending divorce from Gisele Bündchen being a factor in his recent play and making the Bucs disappointing season sting even more.

“You [Roethlisberger] are the king of looking like you don't care out there,” the former player-turned-analyst said.

"Every time you get hit — every time something goes bad — your body language is the worst out there,” Jones said. “I've seen it with my own two eyes on the same field competing against you. For him to say this about Tom Brady knowing that … it ain't about the passion that Tom Brady plays with. So for Big Ben to say that, that's crazy.”

Roethlisberger is no stranger to criticism as he received plenty when his play took a sharp decline during the final few seasons of his career. While Roethlisberger did mention that he has nothing but  respect for Brady and his career, fans still wonder if Jones was right in his criticism of Roethlisberger.

Whether Jones has a point or not, Big Ben should choose his words carefully when talking about the G.O.A.T. 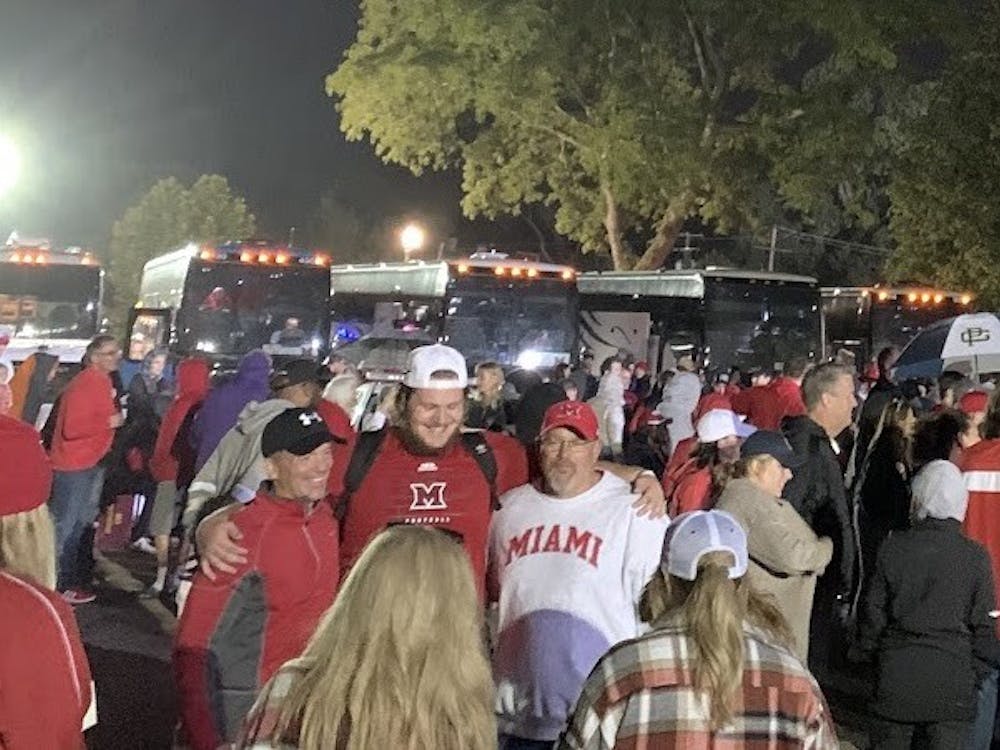 No offense? Not a problem! Defense and special teams lead RedHawks to shock upset of Big Ten’s Northwestern

Keyon Mozee led the offense as the defense and special teams stepped up to earn the RedHawks an upset victory over Northwestern, 17-14.