You know, the best part about the Food Section here at The Miami Student is seeing everyone’s food-related opinions on display. From dining halls to Armstrong Student Center to off-campus potato options, everyone who writes for Food has something to say about something they eat.

Sometimes, however, these food-related opinions are just plain wrong.

If you click the link at the beginning of this column, you’ll see a vitriolic, hate-based column on why Bagel and Deli (B&D) “sucks.” It’ll tell you steamed bagels are the stuff of the devil, that our beloved B&D doesn’t deserve the hype.

And that’s what’s tough about the Food Section. Anyone can write anything — even if it is an absolutely undeserved, wholly WRONG opinion on a beloved Miami staple.

So, Bagel and Deli, worry not. I have arrived, as your editor in shining armor, to defend your steamed bagels, hilarious names, homey atmosphere and years-long B&D Challenge. After all, you’re an Oxford, Ohio classic for a reason.

The biggest problem that some people have with B&D bagels is that they are steamed. While I agree that this texture threw me off at first way back in 2019, during my first bite of an Earth Day, let me introduce you to some Earth-shattering news: not everyone eats their bagels the same way.

New York boils them and then leaves them alone. Most nationwide chains toast them. And, here in Oxford, Ohio, we steam them. There’s a reason B&D’s tip jar proudly states that if you order your bagels toasted, they’ll know you’re a first-year student.

It’s tradition. And we love our traditions here at Miami University.

There’s also a reason that places like Panera Bread or Einstein Bros. offer you the option to toast your bagel. Eating your bagel the same way as everyone else is not a requirement. No matter what way you order your bagel, the bagel police are not going to jump out from behind the pastry case and arrest you.

Or, hear me out, just ask for the bagel not steamed. It's already boiled. The steaming just heats it up.

I’m not talking about the MAP event every year during which you get to build your own bagel and B&D will mayyyybe put it on their menu (though their FAQ states that you’re welcome to propose your own recipe idea anytime).

No, I’m talking about the whole “eat every bagel on our menu in four years and get immortalized on our wall” thing. As if the food weren’t good enough already, what an iconic way to make people keep coming back for more!

Right now, I know five different people who are working their way through the B&D challenge. Two of those are running Instagram accounts (@davids_wonderful_adventure and @matthew_eats_bagels) where they photograph and rate each bagel.

(Spoiler alert: only one bagel has received a perfect score on both accounts thus far, and it’s the Crunch & Munch. Something about Doritos on a bagel makes RedHawks go hog wild.)

B&D Challengers take it seriously. And as someone who gets the exact same thing every time — Earth Day on sourdough rye, hold cucumber, add pickles — it’s kind of funny to watch their reactions when they bite into a bagel they love (usually the Crunch & Munch… let’s be real) versus when they bite into the Nasty Nassar.

In the end, though, I think what makes B&D so special is not the bagels they serve, the titles they name them or the people who strive to eat them all in four years.

It’s the community — the fact that B&D is an Oxford staple of drunk students stumbling home from the bars, new first-year parents visiting during move-in or Family Weekend and just plain old bagel lovers alike.

Almost everyone I know has a favorite bagel at B&D. My dad likes the Squid, and my mom the Aunt Beanie’s. All three of my best friends (like the rest of the Miami population) love the blue Crunch & Munch. My partner tried the Lottery Bagel a few weeks back and got a combination he loved so much he rated it a 10/10 on his bagel-rating Instagram, @davids_wonderful_adventure.

Bagel and Deli brings us together. Whether you’re tipsy at 2 am or sober at 8 am, looking for sweet, salty or savory, you can always count on B&D to deliver a bagel experience that will leave elitist New Yorkers shaking their heads in disgust and leave the rest of us just wanting more. 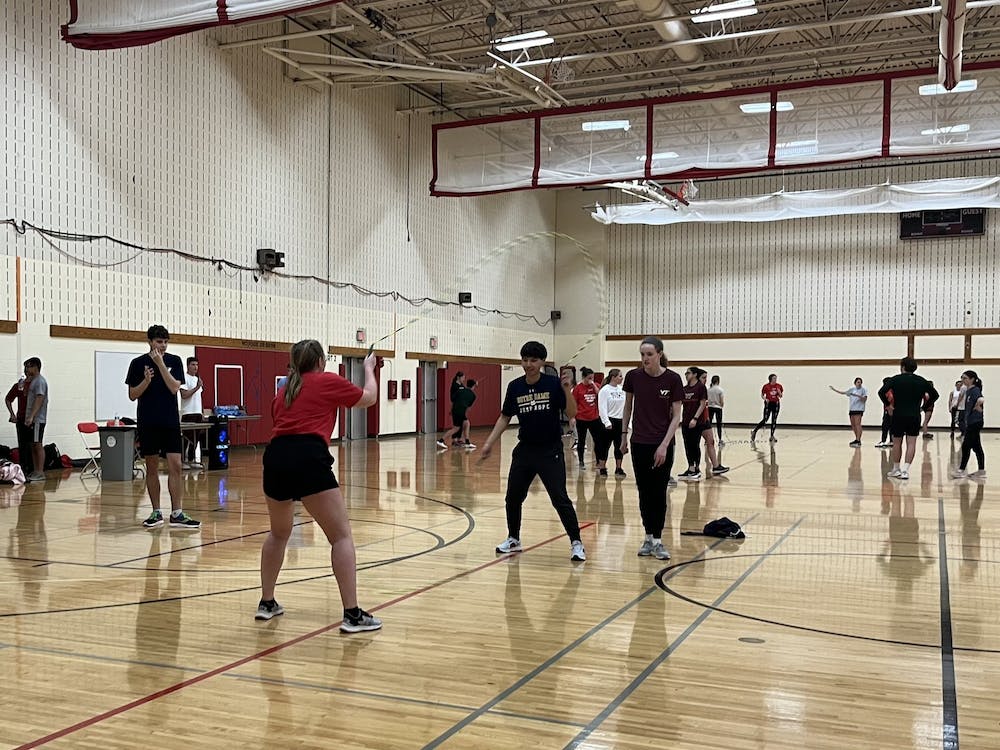