Just over 27 years ago, the Northwestern Wildcats shocked the college football world by beating No. 9 Notre Dame in South Bend.

It was the start to an incredible season for the Wildcats, one that would end with them being ranked No. 3 in the country and losing the Rose Bowl 32-41 against No. 17 Southern California. In addition to Notre Dame, Northwestern beat No.7 Michigan, No. 24 Wisconsin and No. 12 Penn State in their magical season.

In all, they had just one regular season loss in 1995.

It wasn’t Ohio State who beat the Wildcats during their magical 1995 season, it was Miami University.

Expectations weren’t too high for Miami going into the game at Northwestern. The Sept. 15 1995 edition of The Miami Student predicted a 21-7 Northwestern win, and said this:

“To win this game Miami will have to play error free football. ‘The key is how we handle the ebb and flow of the football game,’ [former Miami Head Coach Randy] Walker said. ‘We have to make the right responses when adversity strikes.’ Miami’s offense needs to find their (sic) passing game so that the Wildcats can not key on [former star Miami running back and current Notre Dame assistant Deland] McCullough, but to have a chance at a victory they can not allow turnovers.”

Not a particularly optimistic view. Sounds about like what Steven Pepper was saying going into the battle for the Victory Bell last week.

Going into halftime against Northwestern, Miami was down 21-7 and seriously struggling on offense. Quarterback Sam Ricketts, who was replacing the injured starter Neil Dougherty, had his first pass of the second half intercepted and returned for a touchdown. To start the fourth quarter though, Miami finally scored and then got a stop. Then they got another score, another stop, and then scored again.

That third touchdown made it 28-27 RedHawks. Walker decided to go for the two point conversion and the win.

“No one remembers a tie,” he said following the game.

But on the conversion attempt, Ricketts overthrew his receiver and the ball fell to the ground.

Northwestern only had 2:22 to kill before they would be officially victorious. But Miami’s defense held strong and forced the Wildcats to punt. Here’s what the Sept. 19, 1995, edition of The Miami Student had to say about what happened next:

“In a play that will be remembered at Miami for years to come, Wildcat punter Paul Burton watched an errant snap sail by him. He recovered it on the 1-yard line where he was immediately tackled.”

After three unsuccessful attempts to smash into the end zone, Miami kicker Chad Seitz strolled onto the field and nailed a 20-yard field goal to complete the astonishing comeback.

Many of the Miami fans who were at the game stormed the field. Steve Ruffer, Class of ’94, was there. It’s obviously anecdotal, but he said he remembers Northwestern’s stadium being about half Miami fans (he also remembered every detail of the game with stunning accuracy, so I trust him).

“After they kicked the winning field goal a bunch of the Miami fans jumped the fence and we stormed the field,” Ruffer said. “And then we hung out on the field for quite a while. I can’t even remember anyone telling us to leave, it was kind of funny that we were just on the other team’s field that long.”

“I’ve been fortunate enough to become friends with Tammy, Randy’s wife,” Martin said. “She’s one of our biggest supporters of Miami football … we’ll fight extra hard for the Miami side of the Walker name. It’ll mean a lot to us. I know it means a lot to me.”

One thing is for sure about this year’s matchup between the RedHawks and the Wildcats: this is no Rose Bowl caliber Northwestern team. In week zero, Northwestern squeaked by Nebraska (who fired its head coach the next week) in Ireland. In week 2 they lost to Duke, and last week they lost to Southern Illinois of the FCS. The Wildcats are just 7.5 point favorites as of Thursday afternoon. This game is not out of reach for Miami.

The RedHawks and the Wildcats square off at 7:30 p.m. on Saturday, Sept. 24, in Evanston. You can catch the game on the Big Ten Network or without a paywall on RedHawk Radio. 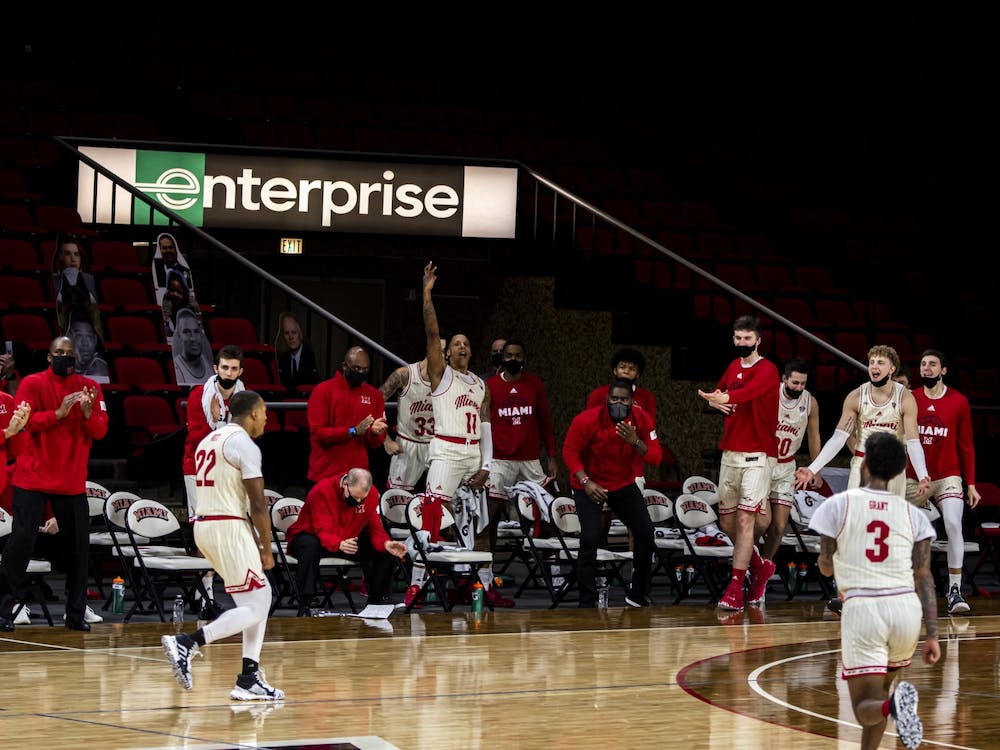