Have you ever heard of the Texas Longhorns?

One of the greatest programs in college football history had zero players taken in this year’s NFL Draft. Miami (OH), on the other hand? One.

Read it and weep Longhorn fans: you want to know how to produce NFL talent? Come to Oxford and take notes.

Dominique Robinson was the lone RedHawk selected this weekend. The freakishly athletic edge rusher went to the Chicago Bears with the #174 overall pick. Robinson has only played defense for a couple of years. He started his Miami career as a quarterback, and he got switched to receiver before finally settling on the defensive line.

Robinson, whose only offer out of high school was from Miami, was expected to go sometime in the third round. Especially after an electric combine performance, where the 6-foot-5 253 pound Robinson ran a 4.72 second 40-yard dash and finished top two among defensive ends with 25 bench press reps and a 41 inch vertical jump.

“It’s just a blessing to be able to get picked,” Robinson said in his introductory press conference. “I’m just ready to play football … I’m ready to get on the field and be able to show everybody that I am who I say I am. That I will be a great player.”

It’s the third straight year a Miami alum has been drafted to the NFL. In 2020, the Los Angeles Rams drafted kicker Sam Sloman in the seventh round, and in 2021 the Buffalo Bills took offensive tackle Tommy Doyle in the fifth. Miami hasn’t had a player selected in three straight years since the turn of the century.

Robinson was the only Miami alum drafted last weekend, but he wasn’t the only one to get an NFL shot.

Mike Brown, Cedric Boswell, Sterling Weatherford and Jack Sorenson all signed free agent deals shortly after the draft ended Saturday. Brown signed with the Minnesota Vikings, Boswell with the Detroit Lions, Weatherford with the Indianapolis Colts, and Sorenson, a fan favorite, with the hometown Cincinnati Bengals.

Sorenson, who started his Miami career in 2016, was a prolific receiver over his five seasons with the RedHawks. He had his best year in 2021, and it earned him all-Mid-American Conference (MAC) first team honors. Sorenson finished the season with 76 catches for 1406 yards and 10 touchdowns.

Robinson, a fifth round pick, has a good chance of making the Bears’ roster. The other four will have an uphill climb to dressing on Sundays, but they can remain on NFL practice squads for up to three years.

And it’s not too rare to see undrafted players break out; just ask Antonio Gates, the greatest ever undrafted MAC player. Gates, a tight end who wasn’t selected out of Kent State in 2003, will enter the Pro Football Hall of Fame as one of the greatest players in NFL history when he first hits the ballot in 2023.

It's going to be an uphill battle to replace the production of all of the players Miami lost to the transfer portal, especially the pressure artists on the defensive side of the ball. But Miami worked the transfer portal too. Here's who they have coming in. 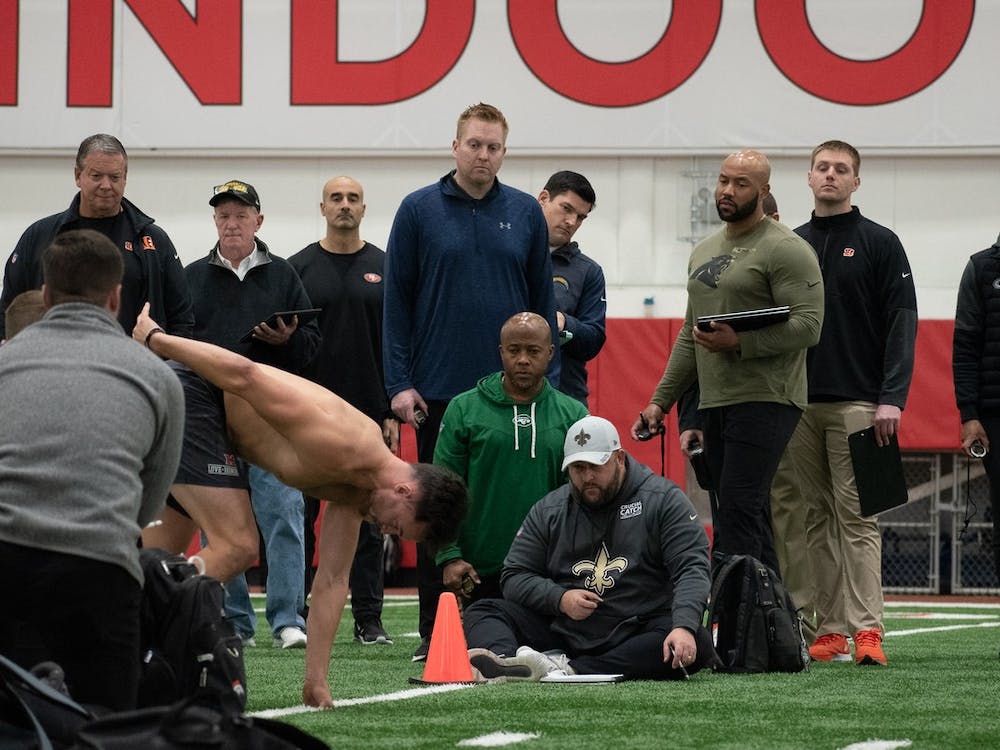 Six draft-eligible Miami players showcased their talent in front of personnel for 21 of the NFL’s 32 teams in Miami’s Dausch Indoor Performance Center.