Between April 7 and April 9, the World Championships — held in Hamilton, Ontario — welcomed 23 teams to compete on behalf of 19 nations.

During the short program on April 8, the RedHawks were the sixteenth team to take the ice.

They pulled off a beautiful skate to a powerful version of “House of the Rising Sun,” to earn themselves 71.77 points.

The RedHawks took fifth place in the short program, sitting one place above Team Haydenettes, the other U.S. representatives from Massachusetts, with a three-point cushion.

Leading off the final five in the free skate session on April 9, the RedHawks returned to their signature femme fatale theme.

They graced the ice with a medley of four songs: “I Put a Spell on You” by Annie Lennox, “Catch Us if You Can” by Elle King, “A Little Wicked” by Valerie Broussard and “Kill of the Night” by Gin Wigmore.

A clean and elegant skate earned the RedHawks 133.13 points in the session, meaning they broke the 130-point in free skates for the second time this season. The previous occasion came during the National Championship where they hit a season high of 140.84 points.

With 204.90 points, Miami stood sixth overall in the championships. The RedHawks held a comfortable gap from the teams below them, with the seventh-place Team Berlin 1 trailing them by roughly 18 points.

In the thirteenth appearance in the competition, the program has recorded its third best placing ever, only eclipsed by the fourth-placing team in 2006 and the silver medallists in 2007.

This year’s competition was won by Team Les Supremes with 236.31 in total. Team Marigold Ice Unity and Team Helsinki Rockettes, both from Finland, rounded out the top three with 228.72 and 226.20, respectively. In fourth place was the other Canada representative Team Nexxice with 224.38 points. In fifth place, just above Miami, was Team Haydennettes with 212.99 points. 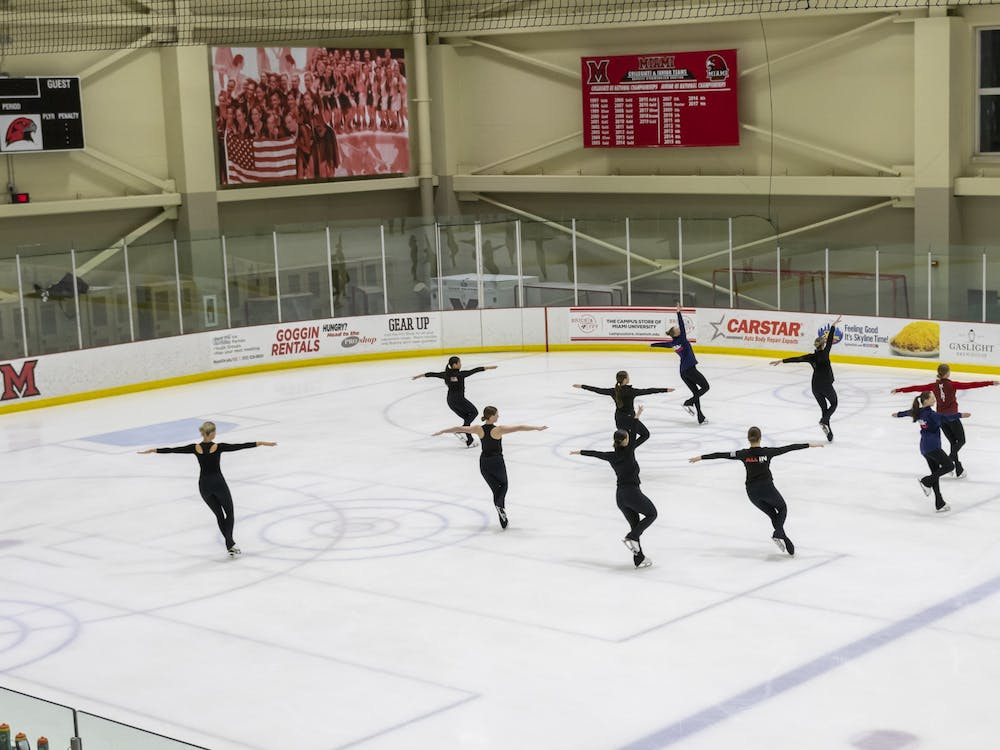