The Miami RedHawks hockey team has struggled with late-game leads all season.

Last weekend was no different. Miami led going into the third period in both games against Colorado College, but wound up losing both.

The RedHawks impressed in its previous two series. The team was really competitive with No. 5 Denver a few weeks ago, and they just swept No. 18 Omaha last weekend. Against Colorado College the ’Hawks put themselves in positions to win as usual. But staying true to form, they weren’t able to close out precious wins.

“Overall, we’re disappointed,” head coach Chris Bergeron said. “(We) found a way to lose the game versus finding a way to win a game.”

If you’re a RedHawk fan, it’s a reason for optimism. This team isn’t as bad as its record looks. But if you watch the games, it’s also a reason you probably wish you didn’t.

Miami will play its final home games of the 2021-22 season against No. 8 Minnesota Duluth this weekend.

The team comes into the series on a pretty good stretch. They’re only 2-4 in their last six games, but the four losses came in close games to nationally ranked teams. In every game of the last six, the RedHawks have kept it competitive until the final buzzer.

Duluth, the National Collegiate Hockey Conference’s (NCHC) current five-seed is winless in their last three games. They’re coming off of a close series loss to North Dakota and a tie in a rare mid-week contest against St. Cloud.

The RedHawks will have to hope not to see the best version of Ryan Fanti, Duluth’s star junior goaltender. So far Fanti has been one of the best goalies in Division I with a .923 save percentage in 26 games. They’ll have to deal with a deep Bulldog offensive attack that has 11 players in double digits for points. 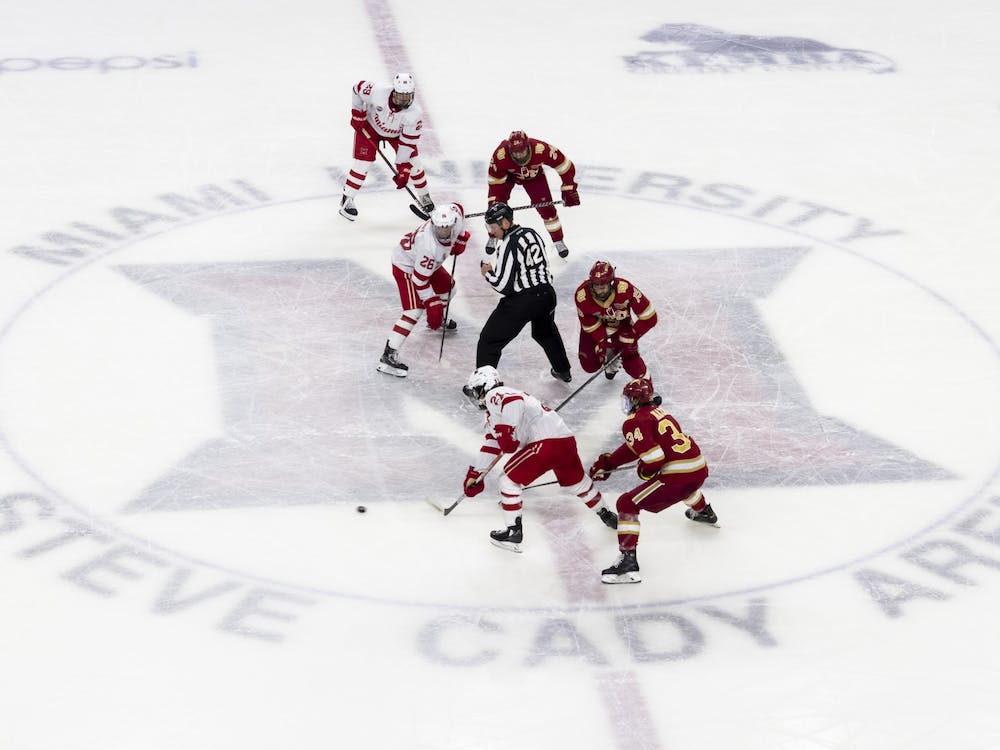 Hockey hopes to stop skid vs. No. 18 Omaha

Miami hockey continues its season this weekend against the No. 18 Omaha Mavericks.