It’s not usually something that would come out of an Asian-who-was-adopted-into-a-Jewish-family’s mouth.

I used to despise country music. It was too twangy and “hillbilly” for me.

I heard two actors from “Moulin Rouge” on Broadway sing Chris Stapleton’s “Tennessee Whiskey” during an Instagram livestream. I thought it was a great song, and I was surprised to find out it was a country song.

In 2020, I was tired of listening to the mainstream pop radio that was full of TikTok music, so I decided to give country a try.

I already loved “The Bones” by Maren Morris, “10,000 Hours” by Dan + Shay and of course, “Before He Cheats” by Carrie Underwood.

And to my surprise, I found myself making a playlist of the country songs I liked.

I used to think country music was all about sitting in a truck with cowboy boots, playing a guitar, drinking alcohol and doing all of this next to a blonde woman. And most country songs today still mention those things.

But the sound — the instrumentals — are similar to pop music.

For example, Dustin Lynch’s “Back On It” has an R&B sound that reminds me of Ariana Grande’s “Let Me Love You.” Lynch also mashed this song up with Usher’s “OMG” in a concert, as he uses the same chord progression and key.

I remember sending “Back On It” to my friend saying, “I know you’re not a country music fan, but just listen to this.” She liked the song. Another one of my friends immediately put it on her playlist after hearing it.

Country music also may have snuck up on me because some of the songs have gained popularity in the mainstream pop world through collaborations.

Thomas Rhett recorded and released a cover of “Castle On A Hill” by Ed Sheeran. Luke Bryan, Dustin Lynch and Randy Houser covered “Sugar” by Maroon 5 on their 2015 tour.

(When I went to Nashville in 2015, I didn’t like country music, so I was excited when a band in a restaurant covered “Sugar” in their concert. Now I’m wondering if I may have seen Luke Bryan, Dustin Lynch or Randy Houser perform live and didn’t know about it.)

Dustin Lynch covered “Just The Way You Are” by Bruno Mars. Lynch said that Mars reached out to him and asked if he could do a cover of his country cover for a concert in Texas.

Maybe it’s the journalist in me who loves a good story that made me fall in love with country music.

Songs like “Play It Again” by Luke Bryan and “Church Bells” by Carrie Underwood have a really great story in the lyrics. It’s fun to follow the plot of a song and let it consume you as if you’re watching it firsthand.

Either way, I no longer roll my eyes and ask why a country music awards show is always airing. In fact, I’m clearing my schedule for the next country music show that airs on television.

Y’all can always find me at Brick Street on Wednesday nights belting some of my favorite country songs.

A country playlist to get you started 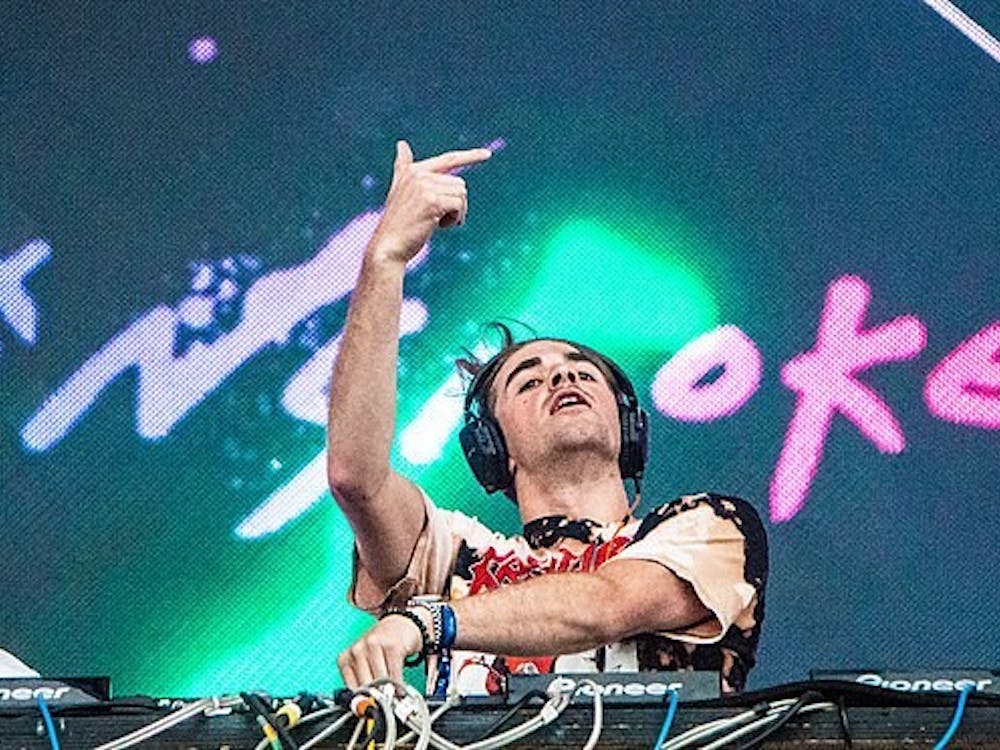 The Chainsmokers call out modern relationships with their new single, “High”

Ever since The Chainsmokers burst onto the EDM scene with their breakout singles, "Roses" and "Don't Let Me Down," the duo — Andrew Taggart and Alex Pall — have been twisting our perceptions of EDM, introducing us to weird but satisfying collaborations and production styles.