From CGI influencers like Lil Miquela to brands like Danit Peleg that create 3D printed clothing, fashion is evolving. But now, a new artist has gotten the public’s attention. Her name is Davina India, as many people know her from a viral tweet showcasing her futuristic 3D-rendered chrome garments and accessories.

India is an artist and leader into the evolution of futuristic fashion. She began creating pieces from her own imagination, using materials and textures from the graphic design world to create her work. As digital fashion is a world of endless opportunities, India has created pieces from accessories like sunglasses to shoes to even dresses.

According to WeTheCool Magazine, as a self taught 3D fashion designer, India began her interest in fashion through making shoes and accessories out of paper. She later pursued  fashion design in Germany, earning a bachelor’s degree.

After earning her degree, India discovered 3D modeling programs and began experimenting. During her studies, India liked avant-garde silhouettes that couldn’t be made in real life. She gets inspiration from nature with its colors and variety of species, while also being heavily influenced  by science fiction. She likes to use chrome and glass textures, typically swirling away from the pieces in serpentine tendrils.

During her design process, India relies on music to get herself in the zone. From artists like Grimes or Gesaffelstein, she allows the music to inspire her work, often making models immediately after they come to mind.

In the future, India hopes to collaborate with musical artists for album covers. In the next steps for her brand, the designer is also interested in producing and making her designs into real-life garments through 3D printing.

Currently, Miami University offers free 3D modeling softwares and tutorials open to any student. When selecting a program through the Autodesk website, Miami students are eligible for a free one-year access pass to any software.

At an interview for VisualAtelier8, India talked about the significance of her work in the 3D design field and the present fashion industry. With debates about sustainability and the rise of fast fashion brands like SHEIN, India feels that her work is one of the most sustainable.

“3D and virtual reality are the future,” she said in an interview with VisualAtelier8, “and we are about to enter a world where we make the impossible possible.”

According to The Verge, India is right. Gucci has come out with virtual luxury footwear that can be bought through their app. The lime green and fuchsia sneakers are created by Gucci creative director Alessandro Michele and showcase the “GC” logo.

These virtual sneakers are titled The Gucci Virtual 25 and can be worn in augmented reality (AR), or apps like Roblox and VRChat. This virtual pair can be purchased for $12.99 (In Gucci’s app) or $8.99 in the Wanna Kicks AR app.

In the future, the fashion world expects a new type of fashion designer. As they can adapt through the virtual reality of social media, their collections will prevail into pieces that no one else has created in the real world.

As a fast-moving society, we are constantly consumers to new trends and influences. Will this be the most sustainable form of fashion? India thinks so. 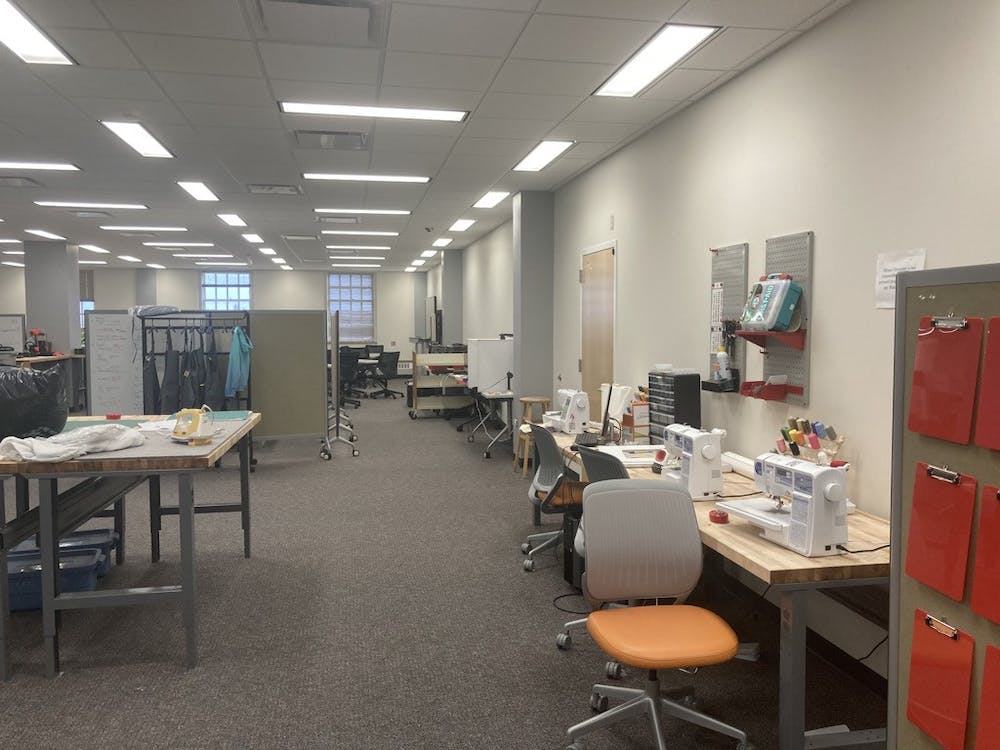 A haven for all who are crafty and creative, the Makerspace opened in 2019 and quickly established itself as Miami’s premier center for step-by-step student craftsmanship.