It’s a day that affected high schools across the country, especially those in Florida, and none more so than Marjory Stoneman Douglas High School in Parkland, FL.

I was 17 at the time, and a junior at Largo High School in central FL (about four hours from Parkland). School had already let out, and my friends and I were staying late for some event I don’t remember — just hanging out in the high-ceilinged classroom hidden behind the theater, doing Buzzfeed quizzes together, trying to figure out what kind of cookie we were.

It’s been almost four years now, and I still remember that I was chocolate chip.

I remember because as soon as I finished that quiz, I exited back out to the Buzzfeed main page to find another one to take — only to see a headline blaring yet another school shooting. This one in Florida.

“There’s been another school shooting,” I told my friends — a horrible sentence for any 17-year-old to be able to say so casually, but unfortunately, our high school years were marred with these events, as all education has been since the Columbine High School massacre in 1999.

We dove into news articles across the internet together, five of us sitting in near-dead silence in an empty classroom after hours, expecting to read about a hero who had tackled a gunman to the ground or mourn what we thought would be a small handful of victims taken too soon.

Instead, we found 17 names, plus seventeen more injured, and the story of a 19-year-old gunman who was somehow able to pass a background check and get onto the grounds of a school from which he had been expelled the previous year.

Complete and utter shell-shock. That’s all we felt for a very long time.

School shootings were, unfortunately, common. Our own high school had even had a few threats itself, though none were ever carried out, so my friends and I were fairly numb to it by then. But this one hit us hard.

Shootings stay in the news for a little while after they occur. A week or two, maybe slightly longer if new information comes to light or it was a particularly casualty-heavy incident — but, at some point, most of them become old news, especially if a new shooting takes its place on the front-page headlines.

It stayed in the front of the nation’s mind for weeks, months, years even — but I’m getting ahead of myself. There were a few reasons as to why Parkland did this, while many other shootings have not.

In fact, just four days after the shooting, Kasky and other survivors formed the “March for Our Lives” campaign, which even today still fights for gun control and the prevention of gun violence. At the first March for Our Lives on March 24, 2018, González made a powerful, two-minute speech about gun violence before falling completely silent for four more minutes.

They were onstage for six minutes and twenty seconds, the exact amount of time that it took for seventeen people to be brutally slaughtered at Marjory Stoneman Douglas High School that fateful February day, from 2:21 p.m. to 2:27 p.m.

I remember watching that speech. I remember it making me cry.

The Parkland massacre also stayed fresh in the minds of Floridian high-schoolers for a long while, as many of us were thinking the same thing — It could have been us. Even though my school was four hours from Parkland, it still felt closer to home than any other shooting that had happened thus far.

On March 14, 2018, my high school held a memorial for the fallen students and staff of Marjory Stoneman Douglas High School in our main courtyard. Most of the school crowded in, wrote messages of memorial and support on large papers spread out over tables near Building 3 and stayed silent for our own six-and-a-half minutes.

Later that month, at the Florida state fairgrounds, I attended the finals for the Florida Federation of Colorguards Circuit (FFCC), which is the state competition circuit for winter guards, indoor percussion ensembles and wind ensembles during the spring. I had the opportunity to watch the Marjory Stoneman Douglas Eagle Regiment indoor percussion ensemble perform their final show of the season.

Two of the victims of the Feb. 14 shooting — Gina Montalto and Alex Schachter — had been members of the Marjory Stoneman Douglas color guard and marching band. The people performing in that fairgrounds building had been their fellows, their peers and their friends.

The whole crowd was on their feet before the Eagle Regiment even finished their performance. We clapped for them for a long, long time.

It has been almost four years since the Marjory Stoneman Douglas High School massacre.

I’m 20 now, almost 21; I no longer live in Florida. The youngest victims of the shooting would have been 17 today.

Instead, their killer is 23 and just now — just last month — pleading guilty to his crimes.

Looking at the legislature that has been proposed since Feb. 14, 2018 — and how much of it has died in bureaucratic nonsense — I don’t think I am alone in saying that it’s not enough. It will never be enough.

Nothing will ever be enough until our nation’s students are able to say that they are safe from gun violence in schools. Until background checks are required for anyone purchasing a gun, not just those who are buying from licensed gun dealers. Until the phrase “another school shooting” is never casually said ever again.

In what world is this okay?

I think the March for Our Lives movement said it best, in an official statement released by the organization after the guilty plea was announced.

“A single guilty plea does not bring closure as long as it is still possible for another person anywhere in this country to be murdered by a gun at school, in a place of worship, or in their very own home. A guilty plea will not erase the past, and it will not bring us peace.” 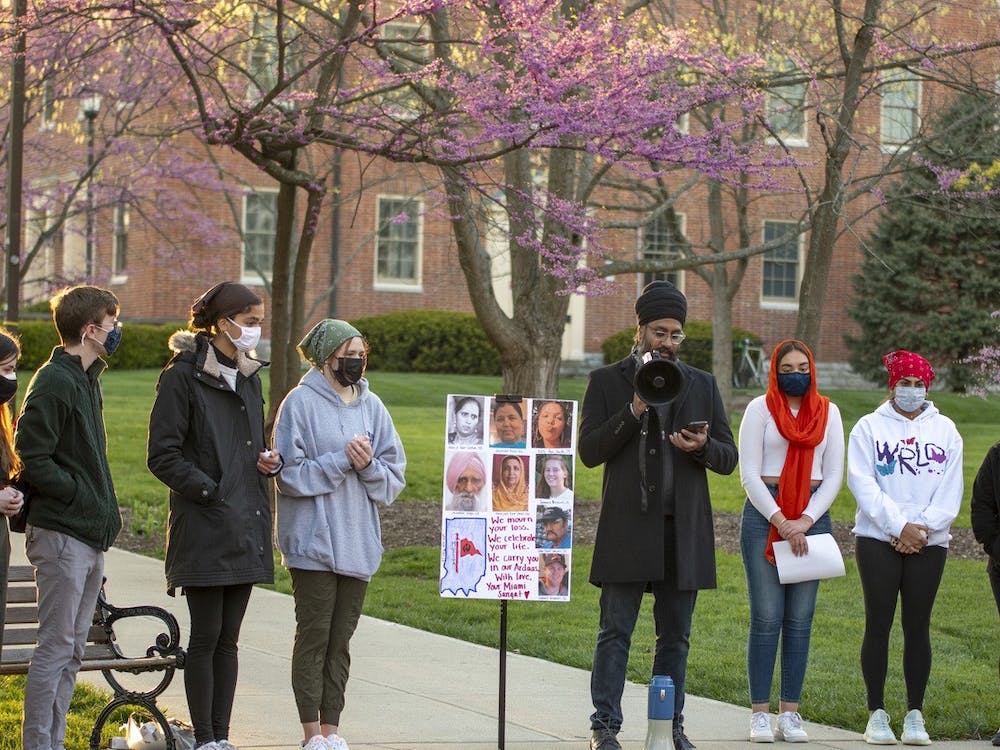