The Miami RedHawks and Buffalo Bulls both dropped games they should have won in their last outings.

The RedHawks lost to Ohio University, 35-33 in Athens last Tuesday. Though sophomore Quarterback Brett Gabbert threw for 492 yards in the contest and senior Wide Receiver Jack Sorenson had 14 catches for a school-record 283 receiving yards, the team couldn’t overcome the 28-0 deficit the Bobcats put them in.

Going into last week’s matchup, Ohio was 1-7 on the season, the worst record in the Mid-American Conference.

Not far behind them was the Bowling Green Falcons. Prior to Buffalo’s matchup with the Falcons, the team was 2-6, including a loss to the Akron Zips.

Still, anything can happen in the MAC, as evidenced by Bowling Green’s 56-44 road win against the Bulls.

Tonight, the RedHawks and Bulls face off at 7 p.m. The teams boast identical 4-5 overall records, while Miami holds an edge with a 3-2 conference record compared to the Bulls’ 2-3 MAC record.

The game holds great significance for both teams in the conference championship race. A loss for Buffalo eliminates any chance of winning the MAC East, while a win for Miami keeps them on pace for a division-deciding matchup against Kent State on Nov. 27.

While a loss for the RedHawks wouldn’t completely keep them out of contention, it would be a tough blow for a team looking for its second East Division title in three years.

“We’re still in fine position, but we don’t have any margin for error now,” Martin said. “Now you’ve gotta win some games. So you’ve got two home games coming up and a tough road game, but the main thing is you’ve got to find a way to beat Buffalo.”

Despite losing Head Coach Lance Leipold and star running back Jared Patterson from last year’s team, Buffalo’s identity remains the same. The team leans heavily on its running backs, juniors Dylan McDuffie and Ron Cook Jr. Senior running back Kevin Marks Jr. is coming off of an injury and should be available for Tuesday night’s contest.

Buffalo’s quarterback situation is uncertain. While senior Kyle Vantrease has been the starter this season, he was pulled during the team’s last game for junior Matt Myers, who threw for 285 yards and two touchdowns.

After a disappointing loss last week, Martin expects Buffalo to have a chip on their shoulders coming into Yager Stadium.

“They’re gonna be coming in here ready for blood and ready to get after us,” Martin said.

A second half offensive explosion wasn’t enough for the Miami RedHawks to overcome the Ohio Bobcats in the Battle of the Bricks. Miami lost, 35-33, dropping the team out of first place in the Mid-American Conference (MAC) East Division. 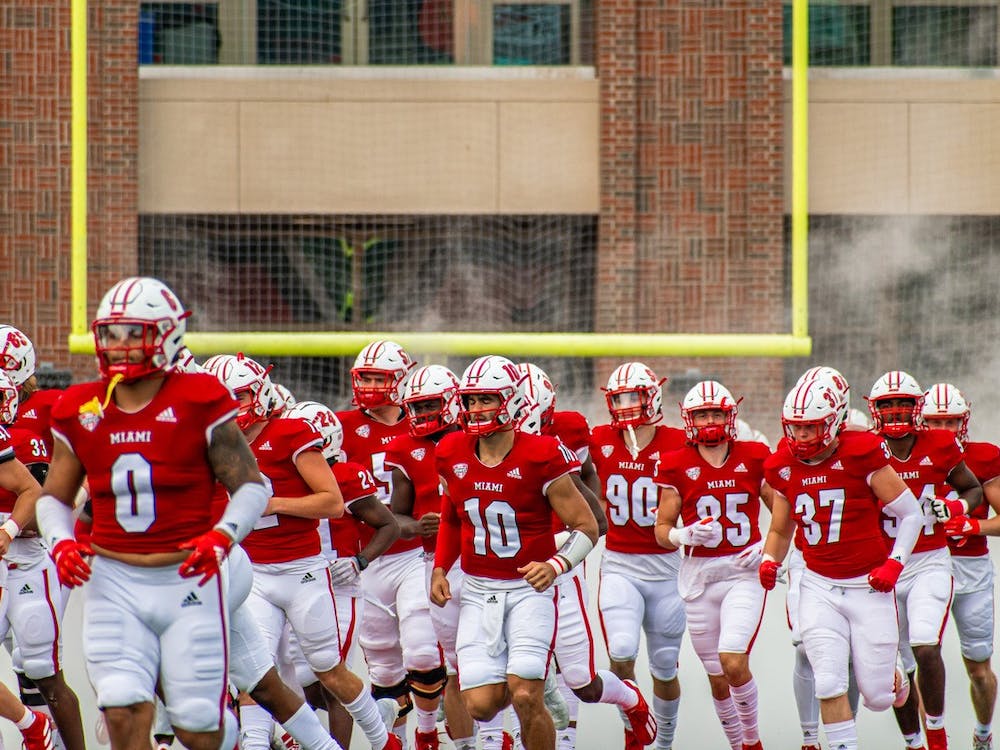