Miami hockey split its first National Collegiate Hockey Conference (NCHC) series of the season this weekend vs No. 9 Omaha.

The RedHawks came from behind for a shocking win Friday in Omaha. Entering the third period, Miami and Omaha were tied at 2 points each.

Omaha took the lead early in the third period when senior forward Tyler Weiss picked up a loose puck and flew to the net between two Miami defenders on the way to the goal.

Miami knotted it back up later in the period with a give-and-go between senior forward Monte Graham and sophomore forward Matthew Barbolini, who scored the goal.

Miami took the lead just 19 seconds later when senior defenseman Derek Daschke fired a shot from the point that found the back of the net. The goal was assisted by junior defenseman Jack Clement and senior forward Chase Gresock.

Saturday’s game was all Omaha. The Mavericks struck out to a 2-0 lead in the first period and added another pair of goals in the second. When the RedHawks finally scored their first goal almost six minutes into the third period, it cut the Omaha lead to 4-1.

Matthew Barbolini's second goal of the weekend was Miami’s lone tally on Saturday. Barbolini put the puck between his legs before roofing the puck over Omaha’s goalie.

The RedHawks return to Oxford next weekend for two games at home against No. 8 North Dakota. Puck drops on game one at 7:05 p.m. Friday, November 12, at Cady Arena. Game 2 starts at 5:05 p.m. on Saturday. 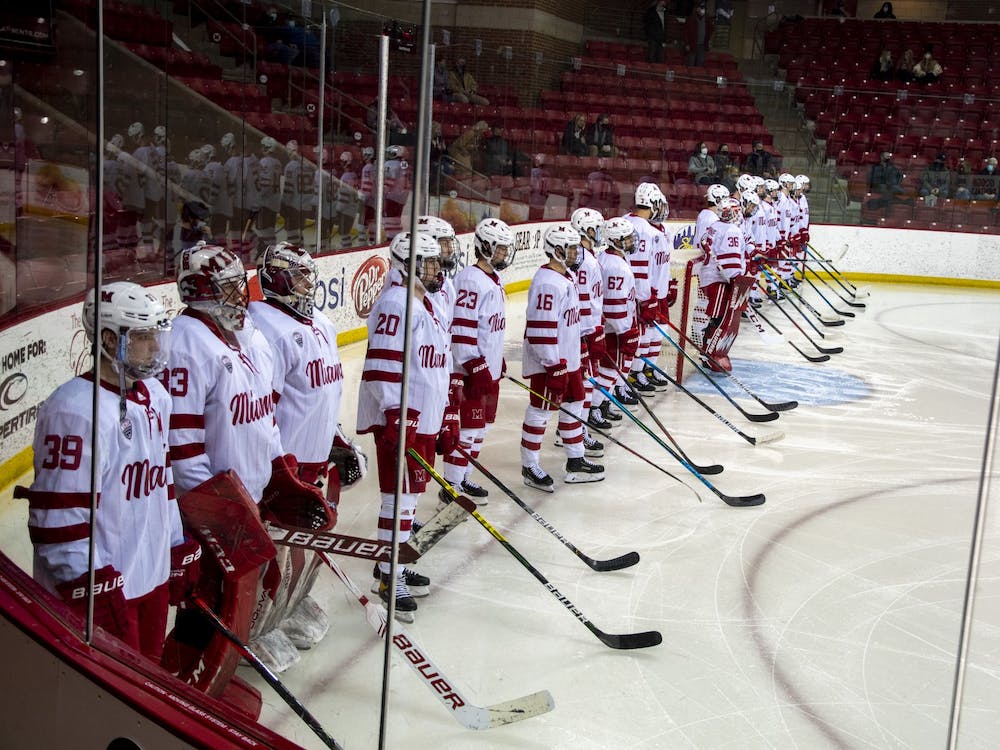 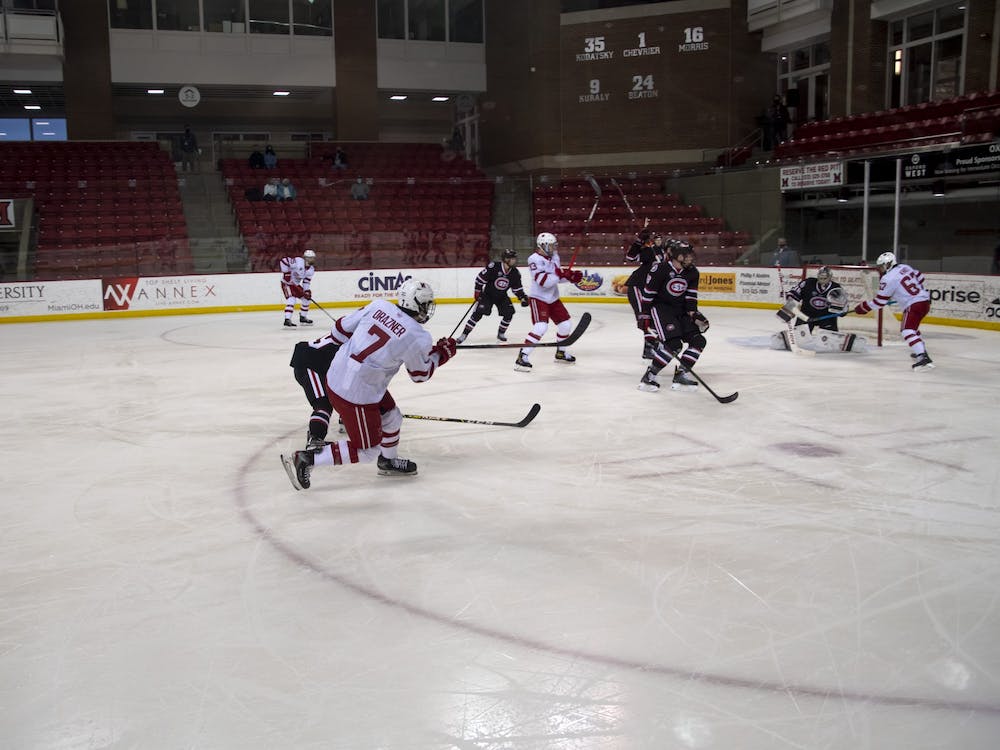