Field Hockey season ends after loss at No. 3 Michigan

Miami field hockey’s season finally came to an end Friday with a loss at Michigan in the NCAA Tournament.

The team struck out to an early 2-0 lead. Senior forward Lexie Nugent scored after a pass from senior midfielder Morgan Sturm two and a half minutes into the game.

Just over a minute into the second quarter, Michigan cut the RedHawk lead to one after three straight penalty corners.

Miami still led 2-1 after the third quarter, but Michigan held the advantage in shots 18-6.

The RedHawks nearly held on. But with one minute left in the game, senior Michigan forward Katie Anderson found a loose ball in the scoring circle and swatted it into Miami’s net.

Michigan scored the game winner on a penalty corner attempt with two minutes remaining in regulation. Senior midfielder Sofia Southam grabbed the inserting pass at the top of the circle and took a step forward before firing the ball into the net.

Miami finishes the season 12-11. The RedHawks had an impressive season, especially later in their schedule when they won their fifth-straight Mid-American Conference Championship, and a first round NCAA tournament game against Maine. 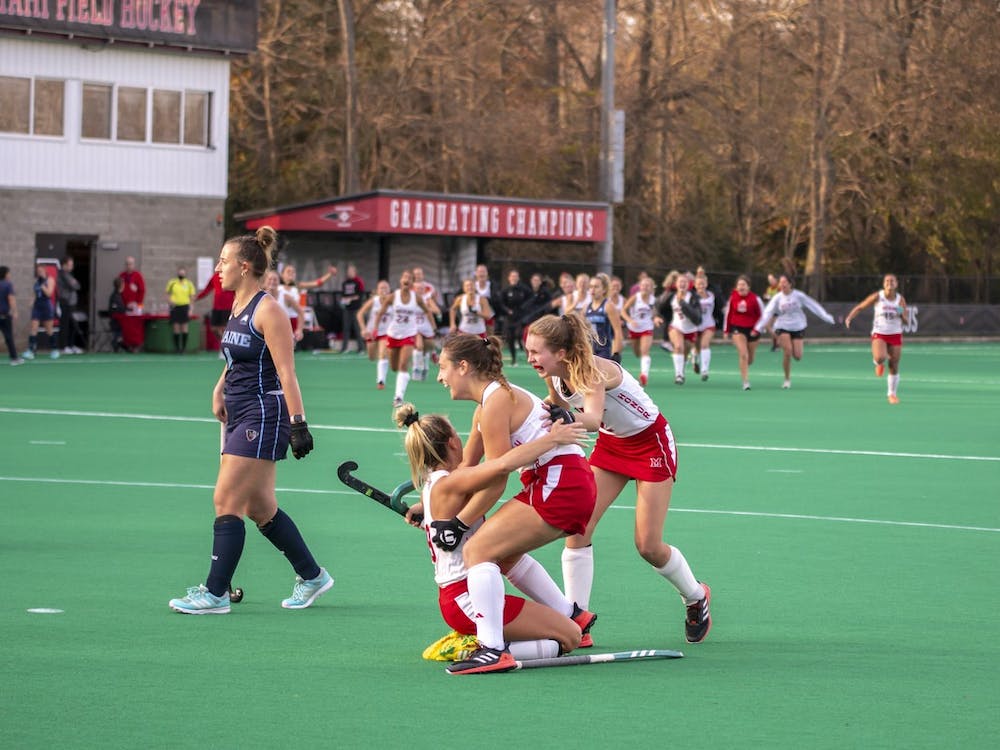 The Miami FIeld Hockey Complex was packed to the brim Wednesday, as fans piled in to watch the first ever NCAA Field Hockey tournament game hosted at Miami University. 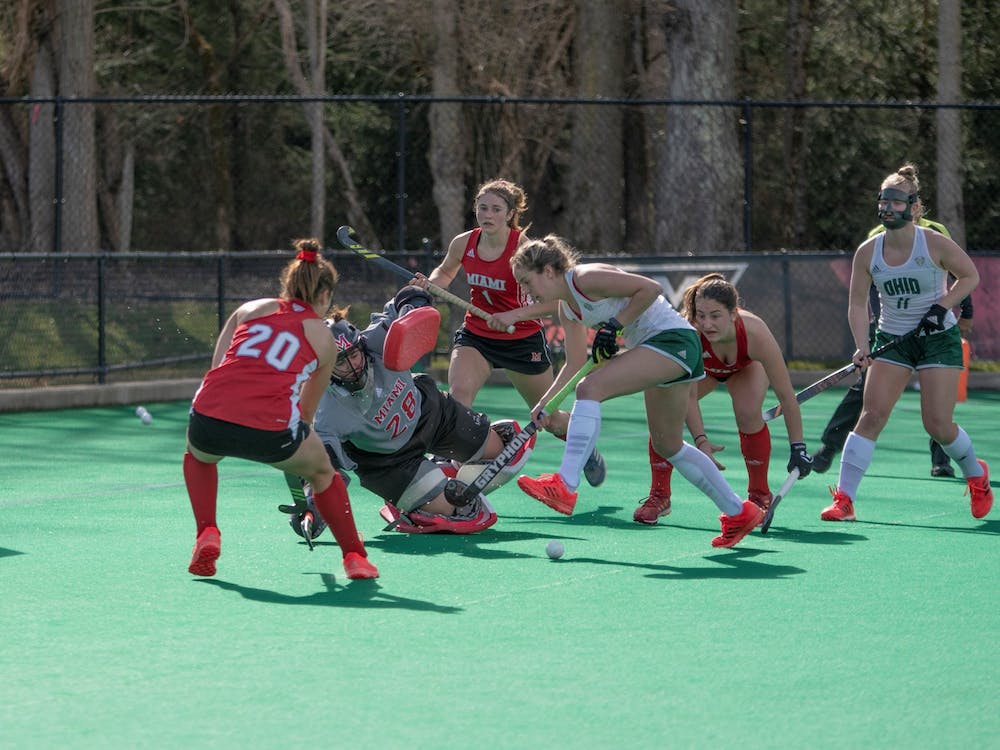