Content Warning: This story deals with themes of sexual and interpersonal violence.

A female student reported to the Miami University Police Department that a known male subject sexually assaulted her.

The incident occurred at approximately 11 p.m. on Monday, Oct. 11 in a Symmes Hall residence room. No suspect description is available, and MUPD is currently investigating this report.

The Miami University Police Department (MUPD) received a report of a rape on Sunday, Oct. 10.

The report was called in by a female student who stated she was sexually assaulted on Oct. 10 between the hours of 2:30 a.m. and 6:00 a.m. The incident occurred either on or near the Oxford campus.

No suspect description or further information is available, but the MUPD is currently investigating this report.

The Miami University Police Department (MUPD) received a report of a fondling incident on Wednesday, Oct.6.

The report was filed by a male student who stated that a known male subject had inappropriately touched him on multiple occasions, beginning on Sept. 28.

The suspect is described as an approximately 18-year-old male who is 6’2”, 200 lbs, and has blonde hair and eyeglasses.

The MUPD is currently investigating this report.

The Miami University Police Department (MUPD) received a report of a rape that occurred between 2 a.m. and 4 a.m. on Friday, Oct. 1.

The report stated that a female subject was sexually assaulted by a known male subject whom she had met earlier that evening. The incident took place at a residence hall in East Quad.

The suspect is reported to be an approximately 19-year-old male, who is six feet tall, 160 lbs, and has brown hair. The report is currently under investigation by the MUPD.

The Miami University Police Department (MUPD) received a report of a fondling incident that is reported to have occurred at about 12:46 a.m. on Friday, Sept. 24.

The report, filed by a female student, stated that a known male subject fondled her on Oak Street near Richard Hall while she was walking with a group of students.

Another male student intervened and was assaulted by the known male subject. No suspect description is available.

Miami’s sexual assault resource guide can be accessed here. Along with information on the reporting process, the site offers advice on what to do if you or someone you know is sexually assaulted.

If students wish to speak to a non-mandatory reporter for confidential support, they can call or text Miami’s campus-based support specialists from WomenHelpingWomen at 513-431-1111.

The Miami University Police Department (MUPD) was contacted regarding a sexual assault that occured in August at the Circle K gas station at the corner of N. High St. and N. College Ave. 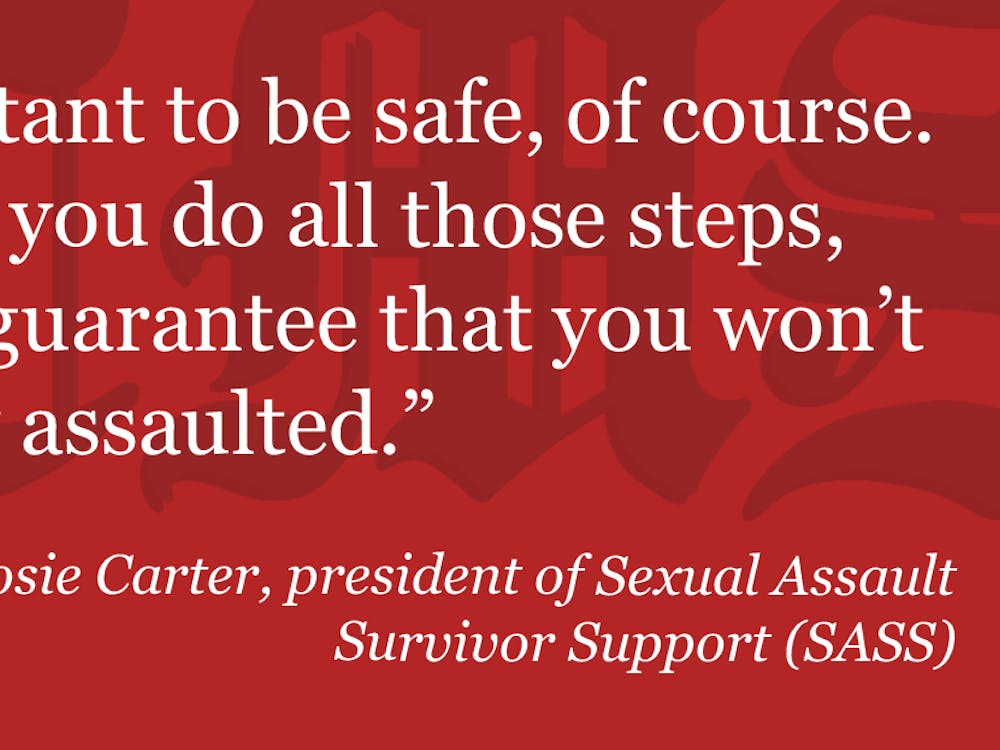