Conference Expansion in the NCAA: Where does Miami go from here?

The NCAA has seen some monumental shifts this year, forever changing the future of college athletics. Name, image, and likeness (NIL), for one, finally passed this summer, allowing athletes to profit and take deals from local and national brands to promote products.

Fans of college sports did not have to wait long for the next major shakeup. Texas and Oklahoma, two powerhouses in the Big 12 Conference, announced their intent to join the Southeastern Conference (SEC) not even a month later. While officially this move will not take effect until 2025, rumors persist that the two schools will attempt to join as early as 2022.

Other NCAA conferences had to act quickly in order to preserve their own integrity. About a month later, the Big Ten, the Atlantic Coast Conference (ACC), and the Pacific (PAC)-12 announced an “Alliance”, featuring an agreement to schedule inter-conference matchups and give similar responses to new NCAA regulations.

The Power 5 has certainly made its mark on the future of college athletics, but what about the other nearly 80-90 teams that also exist within the NCAA’s Division I? These schools, including Miami, are trying to find a way forward that will preserve their athletic departments in the long run.

For the Mid-American Conference (MAC), where many of Miami’s athletics are housed, there has to be some worry for the future of the conference. During the pandemic college football season of 2020-2021, most conferences decided to restrict schedules to games played only against other universities in the conference. This meant that games played against the Power 5, a huge source of revenue for schools like Miami, were canceled, and many were not rescheduled.

Millions of dollars were lost for smaller Division 1 schools, and the financial effect will linger for years to come. With conference expansion on the horizon, conferences could decide they want to schedule more contests within themselves, giving less money to the schools that rely on it to keep their programs alive.

The MAC could also face poaching from other NCAA conferences looking to stay afloat. Other small conferences such as Conference-USA or the Sun Belt could attempt to convince other MAC schools to jump ship, leaving the other programs in the dust.

For Miami, these developments have to be concerning. The RedHawks have rich traditions in many of its programs, but the recent conference expansions threaten these traditions already weakened by financial burdens.

Fortunately, the future might not be as bleak as this year’s news would make it seem. Miami will always be a popular opponent for Power 5 schools to schedule, especially in football, due to its tradition and, more importantly for other schools, its wide alumni base that will buy tickets to games.

Furthermore, while the MAC is at risk of financial loss and a loss of members, there is time for the conference to create several contingency plans to stay afloat. Whether this involves new, unique marketing strategies or even potential expansion of the conference itself, the MAC has time to find a way to keep itself going.

No one knows for sure what the future holds for college athletics or Miami’s athletic department specifically. Time is of the essence now, and a new challenge has arisen for athletic directors around the country to respond to and prosper from.

I have faith in the MAC and Miami. I think that there will certainly be bumps in the road, and financial stressors will arise within the next few years. The little guys of college athletics have always found a way forward, however, and no matter what the landscape of the NCAA looks like years from now, they will still be there, ready to compete. 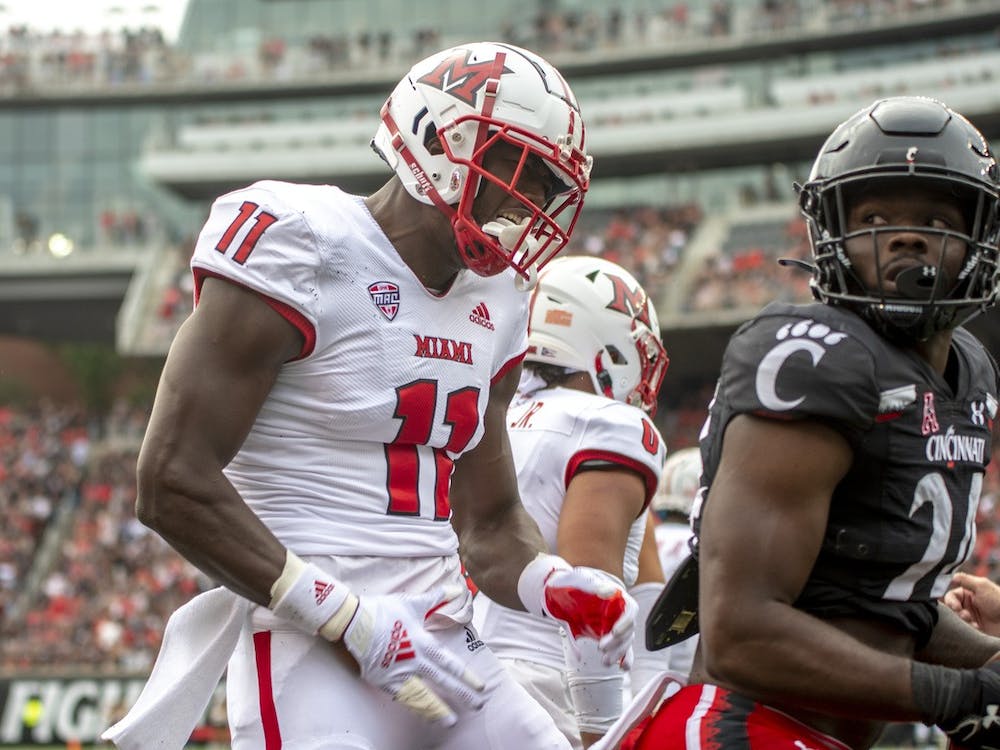