My favorite radio station back home in Tampa, Mix 100.7, played the best songs in the Bay, and this had the added benefit of me not having to turn on any music while I was getting ready in the mornings.

The only month of the year in which I would refuse to have the radio as my alarm, and would deal with the screeching beep of the normal alarm tone, was always October.

After all, every once in a while, my wake-up time of 6:20 a.m. would align with commercials instead of with songs. And during the month of October in Florida, where theme parks reign supreme, radio station commercials are full of spooky horrors advertising that haunted-after-dark event that every park seems to be doing nowadays.

I will never forget the day in Oct. 2016 when I made the decision to stop listening to the radio during “spooky season.” Instead of waking up to “Closer” by the Chainsmokers and Halsey, which was the chart-topper at the time, I woke up to screams, cackles and creepy music, with a voiceover informing me that “terror is taking center stage.”

The librarian ghost in the first Ghostbusters scared me so badly that I refused to watch the rest of the movie until three years later. When I was in second grade, I used to walk around with my hand on the back of my neck because I was afraid that a vampire would come up behind me and kill me.

Even the fourth Harry Potter book, which my mom and I read together when I was a child, gave me such horrible nightmares that my mom almost wouldn’t let me read the rest of the series.

Horror movies, especially, were a no-go. I gave my first horror movie a chance in my freshman year of high school, when my boyfriend at the time convinced me that Halloween would make a great October movie date. During one of the jump scares, he snuck his hand around my back and grabbed the back of my neck to scare me even further.

It worked — I think I jumped five feet out of my skin. Even today, though I am getting better at dealing with horror in general, I still hate jump scares.

Growing up, my best friend Brooke and I were polar opposites on this subject. She loved all things horror, gore and haunting, whereas I could barely look at fake blood without feeling faint.

She mercilessly made fun of me about it, of course, but that was all in good fun.

It is actually thanks to Brooke that I have begun to grow past my scaredy-cat tendencies. After being a ridiculously talented theatre kid in high school, she started working at — full-circle moment incoming — Universal’s Halloween Horror Nights as a scare actor in 2019.

I go to school in Ohio, and I’m never home in Tampa during the month of October, so I have never gotten to attend Halloween Horror Nights to see Brooke at work. I do, however, make her send me photos and videos of herself in costume, and whenever I go home, I spend hours listening to her tell stories about people she scared and the best reactions she got from them.

That’s made me think about the fact that all of these people at horror theme parks or in horror movies are just that … people. People like Brooke, who probably go home and tell their friends a funny story about the kid who just dabbed when they tried to scare him.

As long as I can remember that they’re people doing their job and enjoying it, I don’t get quite as scared anymore.

I’ve also gotten more into horror movies over the last few years, too. A group of guys from my corridor freshman year once invited me to a horror movie night they were having in the fourth-floor common room, and we watched In the Tall Grass and Hereditary.

That was a lot of fun. I particularly enjoyed In the Tall Grass, because I love a good plot twist. If you’re looking for a horror movie to watch this October, that’s my recommendation.

I also recently watched Malignant (it’s an eh movie, but there’s a decent plot twist) and The Conjuring. At the time of writing this, I’m going to Kings Island this Saturday with my roommates and friends for the Halloween Haunt event.

If you’d have told me five years ago that I would have actually enjoyed watching doors slam and witches creepily perch atop wardrobes, or that I would be looking forward to going to a haunted theme park event, I would have laughed in your face.

That’s what growing up is about, though. And though I’ll always be a bit of a scaredy-cat, this cat is ready to not be so scared anymore. 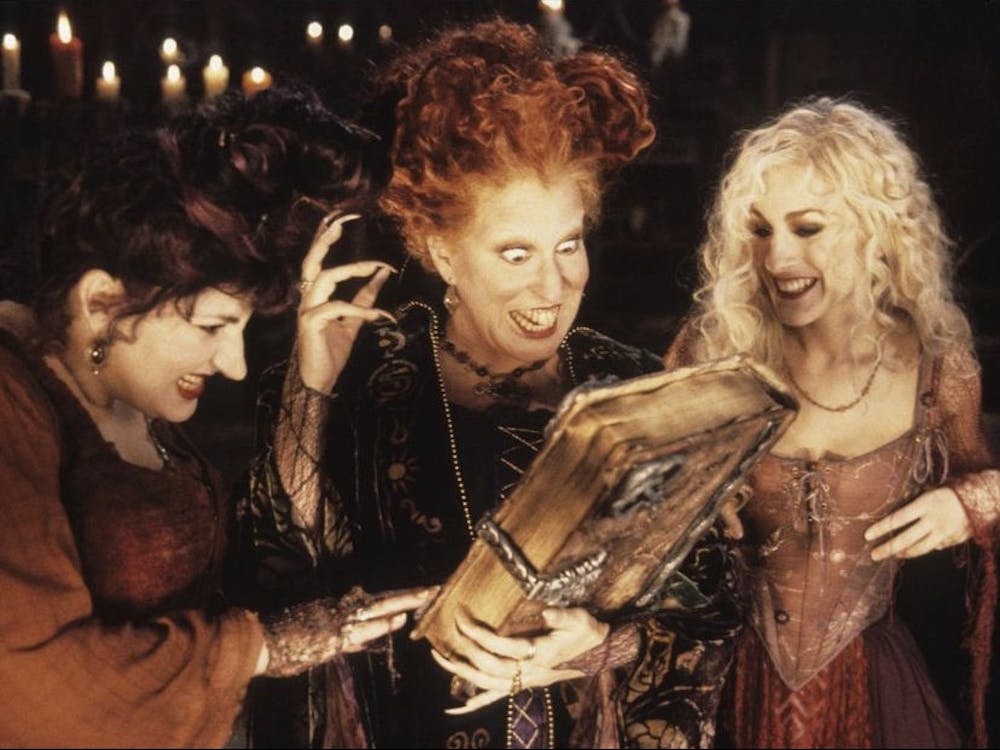