Coming into the year, both squads were expected to dominate.

Miami, coming off its fourth consecutive Mid-American Conference (MAC) championship, was ranked No. 21 in the nation and ready to establish itself as a national competitor with one of the toughest schedules in recent history.

And North Carolina, coming off of its third consecutive national championship, was ranked No. 1 and expected to run the table again.

But early in the 2021 season, both teams have struggled. Miami is 2-5 so far, after losing to top ten opponents like Northwestern, Connecticut and Virginia.

Even more surprising is North Carolina’s start to the season. Despite returning many contributors from last year’s championship squad — including two-time national player of the year Erin Matson, considered by many to be one of the best players on the planet — the Tar Heels have looked beatable so far.

UNC has started the season 3-3. They’ve looked like their old selves against inferior opponents; earlier this month, they routed Pennsylvania 9-1 and Drexel 7-1. But the Heels haven’t yet beaten a top team. They’ve fallen to new No. 1 Michigan, No.2 Iowa and No. 17 St Joseph’s.

The question: can the RedHawks regain some of what led them to be nationally ranked to start the season?

Before that question is answered, the team has to take care of business against their first MAC opponent, Appalachian State (2-3). Friday, the ’Hawks stop in Boone, N.C. to meet the Mountaineers at 3 p.m. before traveling to Chapel Hill Sunday to play No. 4 UNC at noon. 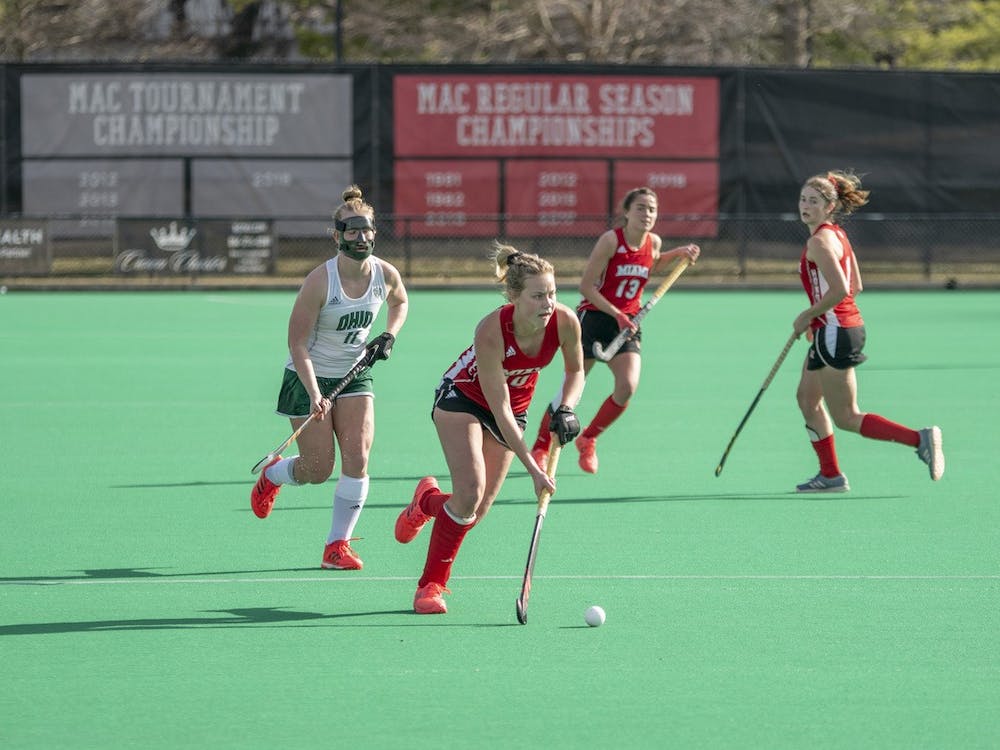