Dan Harmon, creator of the shows “Community” and “Rick and Morty,” was supposed to speak to Miami students virtually as a part of Miami University’s Lecture Series on Monday, April 12. But his lecture was canceled amid student protests to Harmon’s past of sexual harassment and depictions of rape in his work.

According to the Lecture Series' Instagram page, this cancellation was due to a conflict in Harmon’s schedule.

But Harmon should have never been invited to participate in the Lecture Series to begin with.

The Lecture Series Committee was made aware of Harmon’s past by student representatives on the committee well in advance of his contract being signed. But the committee continued with conversations about bringing him to speak anyway.

This committee, made up of staff, faculty and students, decides what events to schedule for the Lecture Series – a series funded by student dollars.

Not only does the Lecture Series Committee have less student representatives than its supposed to, but it also functions with a complete lack of oversight from University Senate or anyone else that can hold the committee accountable.

The Lecture Series currently answers to no one.

The Dan Harmon lecture is a perfect example of how the system is flawed.

These lectures and people brought to Miami by the Lecture Series are paid for with our tuition dollars. Yet, the committee ignored the concerns of student representatives and turned a blind eye to Harmon’s past of sexual harassment despite Miami’s extremely high rates of sexual assault on campus.

There are conversations being had about Harmon’s merit as a speaker despite his past. This is not a matter of free speech. The issue is not students not wanting a speaker with different opinions or perspectives to have a platform on our campus. The backlash for this lecture was centered around Harmon’s unacceptable actions toward women.

Our editorial board, which actively works to uphold the pillars of the first amendment, found the amendment’s use in pro-Harmon arguments to be not only off base, but also grossly ignorant.

Even if the event was canceled due to a scheduling conflict, a statement should have been made by the Lecture Series apologizing to the student body and survivors of sexual and interpersonal violence.

The Lecture Series’ inability to acknowledge its wrongdoing feels like a slap in the face to so many students on campus.

Miami’s Sexual Assault Survivor Support (SASS), was outspoken about its disdain for this event, and the club even organized a protest to take place during the lecture.

But it shouldn’t have taken students to speak out against this event.

The committee was aware of Harmon’s past. Its members were just hoping nobody would find out.

It’s clear the system in which these speakers are chosen is broken.

We need more student representatives on this committee — no questions asked. We pay for these events. We should have more control over where our money goes.

The Lecture Series Committee also needs someone to answer to. It has proven it cannot function with the amount of independence it currently has.

On top of that, we need accountability. We need an apology from the Lecture Series Committee for the decision to invite Harmon. We also need the faculty and staff who supported the decision for him to speak to be removed from the committee.

They have failed our community. Giving a platform to a known sexual harasser is immoral, inconsiderate and a disgusting disregard for survivors.

At the end of the day, this committee is playing with our money. It needs to uplift the student perspective, not rely on four student representatives to act as a voice for the entire student community.

We deserve better. We need acknowledgement, and we demand accountability. 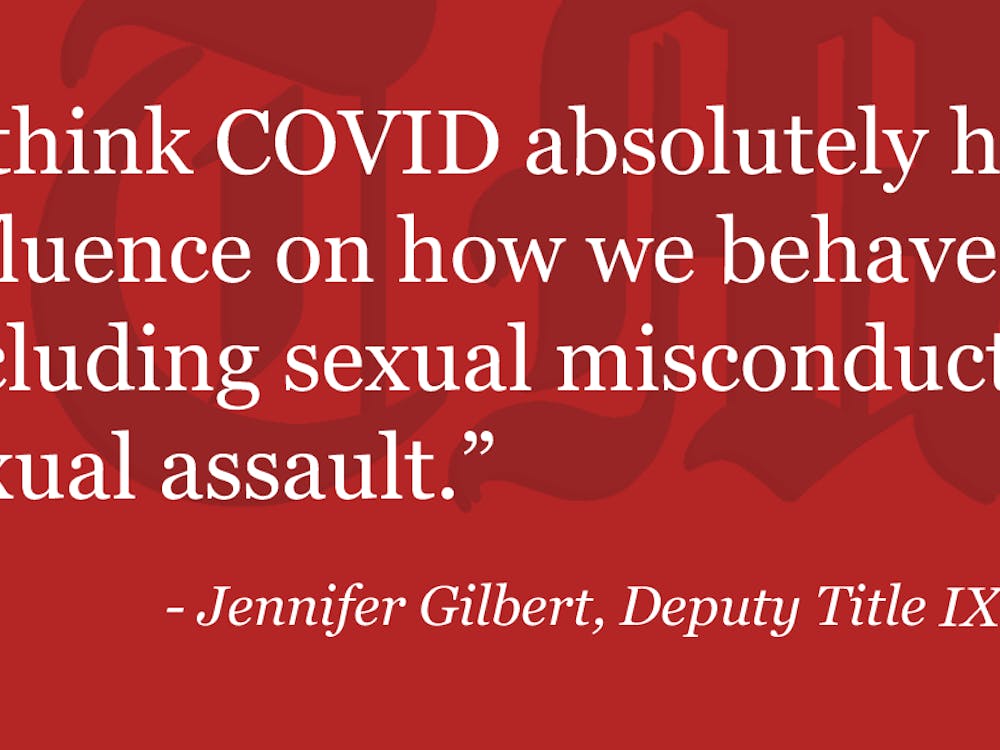