On March 7, Oprah Winfrey sat down with Meghan Markle and Prince Harry to talk about their experiences within the royal family, most of which were negative. After years of telling myself I didn’t care about royalty and would never choose to learn more, I decided it was finally time to start watching “The Crown.”

Before watching, I knew only a few things about the British royal family: they have a racist past, some of them were Nazi sympathizers and Prince Andrew has an embarrassingly bad track record and involvement with Jeffrey Epstein.

With every episode, I learned something new, though it wasn’t always from the show. I would sit down at my desk, open my laptop and press play, telling myself my mind wouldn’t wander.

Inevitably, I found myself pulling out my phone to Google one thing or another within two minutes of starting each episode.

The first title sequence has yet to roll, but I have a few questions the internet can handle. First, is George VI the star of “The King’s Speech?” Second, what was he sick with? Third, is Mountbatten German?

The answers were yes, lung cancer and yes. But the third only raised more questions. If Philip is German, why does he have a British accent? And on top of that, why do all the websites I’ve visited so far say he was the prince of Greece and Denmark? How many languages does he speak? Does Queen Elizabeth speak any other languages?

I reluctantly hit play before I spiraled out of control in an endless cycle of more questions. By the end of the episode, Elizabeth hadn’t been crowned queen, and that made me sad.

In episode four, a dense smog covers London and causes many to fall ill and die, but Winston Churchill is reluctant to take responsibility or action for the pollution that led to the disaster.

Somewhere between 50 and 500 searches later, I learned that 12,000 people died in the Great Smog of London, and deadly smogs can be called either “pea soupers” or “killer fog.” A pea souper sounds like fun, but maybe that’s just me.

In episode nine, Parliament commissions a painter for a portrait of Winston Churchill for his 80th birthday. The final product isn’t revealed until the last minutes of the episode, but I knew what it looked like before the opening credits ever rolled. I also knew Churchill hated it.

Another bit of cinematic suspense ruined.

When I started season two, I was a tad disappointed. I’d been waiting for Helena Bonham Carter to take over the role of Princess Margaret, but it turns out that isn’t until season three.

I like Queen Elizabeth, but the show creators are doing their best to make sure I understand my love shouldn’t extend to her family. Prince Philip cheats on her, though none of the characters address it in plain terms, and Princess Margaret is rather unhinged. Her character was made for Bonham Carter.

In a shocking twist, the first episode that made me cry was “Paterfamilias,” an episode centered almost entirely around Prince Philip as a child. To cut an hour-long story down to one sentence, Philip goes to school and builds a gate, and his favorite sister gives birth in a plane before crashing.

I look up his sister. She really did die in a plane crash after going into labor, though the circumstances aren’t what the show implies. In “The Crown,” she only got on the plane as a result of Philip’s actions at school, so both his father and Philp himself hold Philip responsible. This isn’t true, but it got the reaction from me I’m sure the show wanted.

Season three opens with a monologue about getting old, clearly an effort to make the transition to a new cast easier. With most of the characters, it will take me a few episodes to warm up to their new faces, but not with Princess Margaret. Helena Bonham Carter has arrived, and that’s all I need to make it through the next 20 episodes.

In episode three, I started to go crazy with my searches. “Aberfan” sees a small town in Wales ripped apart by tragedy when a coal tip (basically a mountain of mining waste) collapses, causing a landslide into a school building and wiping out a generation of children.

I looked up pictures from the actual disaster, and it wasn’t a pleasant experience. I understand why it’s the highest rated episode of the series, though.

At this point in the show, Prince Charles starts to become a character. I didn't like him at first. This hasn’t changed.

Princess Anne also becomes a character in season three. I didn’t realize before starting “The Crown” that Elizabeth had a daughter, but she may be my favorite royal now. She participated in the Olympics and is less classist than the rest of her family, at least in the show.

In the first episode of season four, I get my first glimpse of who I firmly believe was the main character of the 1980s: Princess Diana. She’s 16 when she meets Prince Charles, and he’s 29. I would say Charles should stop pursuing her immediately and find someone closer to his own age, but he does that on his own.

This is also the point where my second favorite Margaret in British history comes into play. Thatcher becomes Prime Minister in 1979 and waits three years before starting a war with Argentina over the Falkland islands.

“The Crown” tries to draw parallels between Thatcher’s Falklands War and her son disappearing in the Sahara desert for six days, though I’m not sure I see the connection.

The royal family still has racist members. Its inaction against Prince Andrew and his ties to Jeffrey Epstein is appalling. Its treatment of Diana was horrendous and wrong.

I’m not in a position to excuse anyone’s actions. But my biggest takeaway from “The Crown” was that Elizabeth, Margaret, Anne, Philip and the entire royal family are still people at the end of the day.

A corrupt institution put on a pedestal can be criticized without wishing death upon the people who benefit from it.

Before I watched the show, I thought the Queen’s death would affect me only in the sense that it would be interesting to see how the world reacts. Now, who knows? I might squeeze out a tear or two. 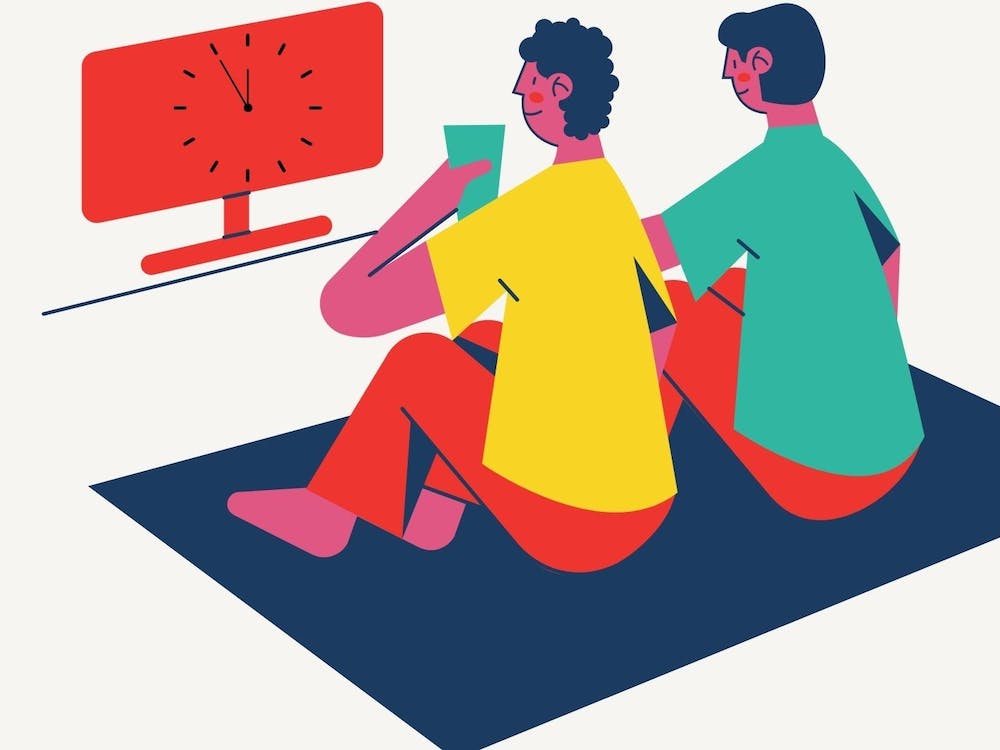 “WandaVision”: to binge or not to binge

The two editors duked it out over who had a better experience watching the show. Below is their conversation, edited for clarity.