It’s all geek to me: League of Geeks hosts new virtual event

On Saturday night, April 24, members of the League of Geeks gathered to play a giant online game of Werewolf, a long-standing tradition for the end of every event.

The League of Geeks just wrapped up its nine-day virtual Geek Week event, created this year to show off their organizations while still following COVID-19 guidelines.

In a typical year, the League of Geeks hosts an event called the Recreations and Entertainment Convention (RECON). The event is usually hosted in a large conference room where different organizations can showcase their events. Tables are set up for students to play different games and guest speakers are brought in throughout the 3-day event. According to the League of Geeks website, an estimated 800 people attended the event in 2019.

Since RECON couldn’t be held this year due to COVID-19 guidelines, League of Geeks members had to find a new way to allow its organizations to host events and recruit new members.

“The group started brainstorming what they could do for a big signature event this semester to still provide activities and entertainment for all of the students on campus who’d like to participate in our events,” said JS Bragg, assistant director of Armstrong Student Center and adviser for the League of Geeks. “It was a chance to spotlight all of the organizations that wanted to participate and be spotlighted … and to try to get people to try out new organizations.”

They decided to create Geek Week, a virtual series of events hosted by organizations within the league.

League of Geeks president Grayson Plotner said although the group was disappointed events couldn’t be held in person, the online events went smoothly and had some surprising benefits.

“An upside of having it this way is that normally the people planning it are kind of running around like a chicken with their head cut off,” Plotner said. “But this way it's more spaced out [and] I can actually attend these events and get to participate and have fun.”

From April 16 - 24, the League of Geeks hosted various online events, including video game tournaments, live streams and an escape room. Students could also complete a scavenger hunt, which had both on-campus and virtual versions to ensure that any student could participate.

The final event was a large online game of Werewolf, a table-top replaying game that has also been adapted to include an online version, which Bragg said is a traditional end to any League of Geeks event. Events were listed in Guidebook, an online system that allows users to see a full calendar of events and locations.

Each of these events were hosted by individual organizations, which Plotner said was a nice change, as it allowed each organization to have its own moment in the spotlight and a chance to recruit new members.

“A lot of clubs barely have that for weekly meetings,” Plotner said. “And I'm hoping with all these different events kind of running as part of the same event, it promotes a little more crossover where you can say, ‘Hey, I think if you enjoyed this, you should come to this other event that's happening soon.’”

This was a change from normal events, which usually focus on the League of Geeks as a whole.

“This has really given the league a chance to spotlight what the organizations do on their own, not just what they do when they come together for the big events that the league plans,” Bragg said.

Senior East Asian languages & culture major Stephen Toothman, who was part of the planning committee for Geek Week and participated in some events himself, said attendance numbers at Geek Week virtual were much higher than other meetings this semester, a surprising success for the organization.

“It got attendance at least back to pre-online levels, if only for one event,” Toothman said.

Although the League of Geeks is eager to return to hosting its RECON event in-person, Bragg said the surprising success of Geek Week may make it a permanent fixture in the organization.

“Of course everyone is excited to get back to next year when we'll be doing more in-person events … but there's a chance Geek Week is something that could be a lasting additional event for the organization,” Bragg said. “And I think it's been a good chance to really showcase what our organizations do.” 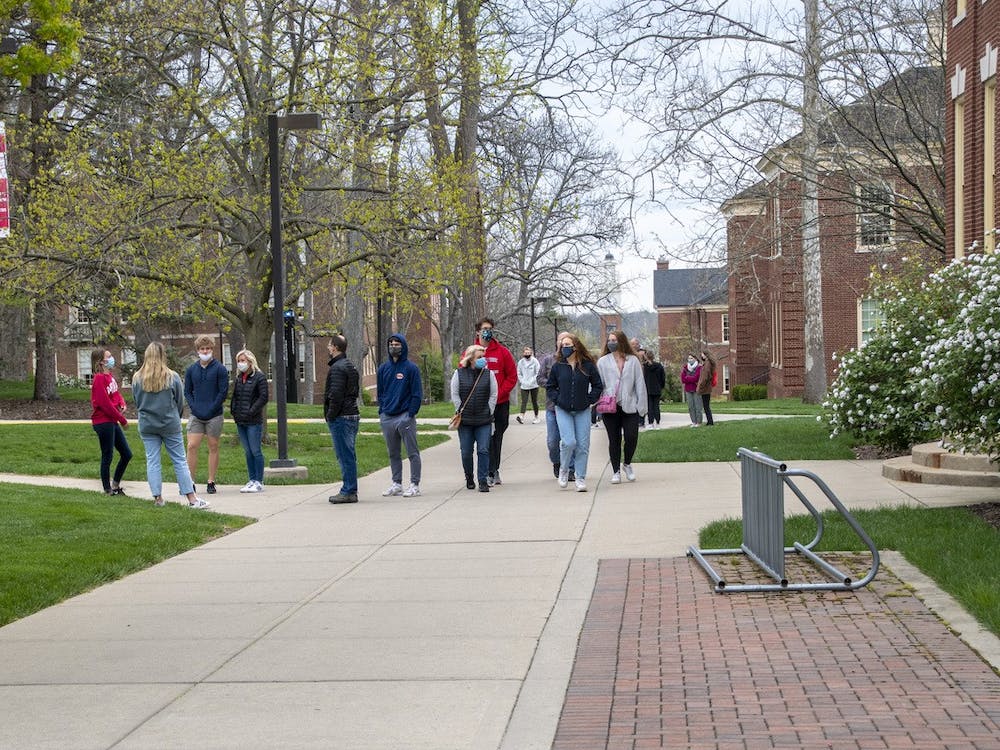 Payne started working as a tour guide this year, and while she’s picked up on things quickly, she knows that it’s not quite the same as training before the COVID-19 pandemic. For tour guides who worked before the pandemic, the adjustment has been a little more difficult.