During Kamara’s presentation, her professor’s wife entered the Zoom screen and handed him a note.

“I was sitting there like, ‘What’s that post-it note? Why did she come in?’” Kamara said.

Her professor announced to the class Derek Chauvin was found guilty of all three charges against him – second-degree unintentional murder, third-degree murder and second-degree manslaughter.

“He announced it and I'm, like, crying in the middle of class as I'm giving the Q&A portion,” Kamara said.

Sentencing for Chauvin will occur in eight weeks, but he faces up to 30 years in prison for all three convictions.

Kamara’s first reaction was relief. But soon after, she learned of the death of 16-year-old Ma’Khia Bryant in Columbus, Ohio – Kamara’s home city. Bryant was shot and killed by police officers who were responding to Bryant’s 911 call.

“It broke my heart to see right as that verdict is being called, another Black person – a Black girl – was shot in Columbus,” Kamara said.

Though she thinks the Chauvin verdict is a good first step in accountability, she still has doubts on the country’s policing system as a whole.

“I'm incredibly happy for the justice that George Floyd got, and I hate that he’s being used as a martyr right now,” Kamara said, “because people are believing that the system works now and it's like, ‘No the system's never worked, nor is it going to work because we’re seeing, again, a Black girl being killed.’”

Vada Stephens, Associated Student Government’s Secretary for Diversity and Inclusion, said he was surprised but happy that Chauvin was found guilty of all three charges.

“I believe what took place, by way of the verdict, was accountability,” Stephens said. “But changing the system and providing avenues of reform is where the real justice will come to play.”

Miami University President Greg Crawford sent an email to the Miami community on April 20 addressing the verdict. He wrote that Floyd’s murder shows how much more work the university must still do to address its racism.

“For many members of our campus community – particularly our Black students, faculty, and staff – cases such as these are intensely traumatic,” Crawford wrote. “Too many people of color are dying at the hands of those sworn to provide peace and justice.”

In the email, Crawford compared racism to a cancer that needed to be destroyed. He wrote that Miami was creating the next generation of leaders and encouraged students to engage politically and advocate for one another.

“We affirm our commitment to justice and equity,” Crawford wrote, “and state unequivocally: Black Lives Matter.”

Stephens said he was glad the email included resources for students and acknowledged the impact the trial and verdict has on Miami’s Black community.

“I was a little surprised, because this email was much different from the rhetoric and tone that was used in emails past and in times prior to this,” Stephens said.

Kamara said she was proud to see Crawford’s email and felt it sent a good message to the Miami community, but she said she wanted to see this message sooner.

“I think for me the biggest critique that I and so many other students have is why has it taken a year, or why is this happening now?” Kamara said.

She hopes Miami will not just stop at the email, but also take some action in helping students become more aware of racism on Miami’s campus.

“What could you all do to [support] more grassroots efforts in addressing systemic racism and addressing discrimination on our campus, because it's our campus culture also that we also have to be aware of,” Kamara said.

“I was very pleased specifically that President Crawford would address a specific group of people that are being impacted by this, by calling out people of color, as needing aid, as needing unity, as calling the Miami community to stand behind people of color and marginalized communities,” Stephens said.

Kamara hopes Miami will continue to educate its students on racism and oppression and push them to create lasting change themselves.

“Miami can sit here and prop the next generation of leaders,” Kamara said, “but what are we doing to ensure these leaders understand the many systems of oppression and how they can individually deconstruct it not only within the institutions itself, but within their communities?” 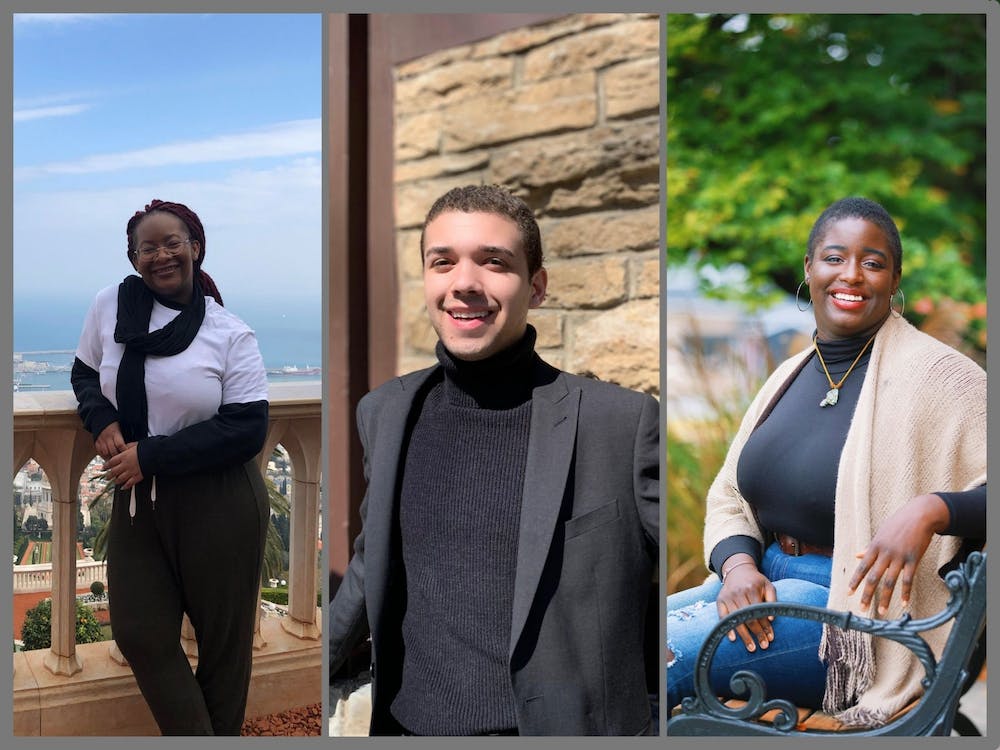