My song choice this month stirred up some controversy across the country. Lil Nas X came under fire after the music video for “MONTERO (Call Me By Your Name)” depicted several biblical scenes culminating in the rapper pole dancing into Hell, grinding on, and then killing Satan. While these visuals can be seen as grotesque, the video is meant to be a critique of organized Christianity and its historic hatred and exclusion of LGBTQ+ people. At the end of the day, the song is catchy and gay. What more do you need? – Tim Carlin, Editor-in-Chief

Rowland is known to many as a part of the multi-platinum, world-renowned girl group Destiny’s Child, but do not get it twisted. She has consistently delivered in her solo career and deserves her flowers. She has returned with an EP, “K,” eight years after her last project. Although known for her R&B-pop hits, Rowland returns to experimenting with electronic dance music (EDM) where arguably, I believe she shines best. See “Commander” and “When Love Takes Over” for further proof. – David Kwiatkowski, Entertainment Editor

My first exposure to St. Vincent was in her “Masseduction” days, and since then I’ve only fallen more in love. “Pay Your Way In Pain” is the lead single off her upcoming album, “Daddy’s Home,” which promises to be a vibrant throwback to the ’70s, in both sound and in aesthetic. It’s a nice break from the oversaturated ’80s nostalgia market. If you can watch her recent SNL performance and come away from it not thinking she’s the coolest person ever, there’s something wrong with you. – Sean Scott, Asst. Campus & Community Editor

The Cure is my favorite band. With 13 studio albums, they’ve crossed over into many different genres. They brought jangle-pop to their tenth album, “Wild Mood Swings,” with the single “Mint Car.” I didn’t fully appreciate the song until recently, but it’s slowly becoming one of my favorites. “Mint Car” is about being so in love and so happy you could “scream” or “burst.” It has very bright and happy vibes, which is perfect for transitioning into the summer. It’d be a great addition to any “driving with the windows down” playlist. – Lexi Whitehead, Asst. Campus & Community Editor

Laura Les, one half of the groundbreaking hyperpop duo 100 gecs, dropped Haunted on streaming last month. Listening to this song feels like being in a scary old video game, with its glitchy production, reverberated screams, and spooky lyrics about fangs, bugs, “organ chords, and lightning.” – Owen Berg, Design & Style Editor

“WALK IN THE PARK” – JACK HARLOW

I’m not the biggest fan of rap. Not because there’s anything wrong with it, I’m more of an R&B type of girl. But when I do find myself listening to the genre, I’m drawn toward rap with strong R&B elements. For some reason, Jack Harlow’s music is exactly what I’ve been looking for. Now listen, I am not a “What’s Poppin” girl because that song is entirely played out. But songs like “WALK IN THE PARK” off his mixtape “Confetti” or his entire debut album “That’s What They All Say” has a good mix of R&B and chill party rap that I've been looking for. Also, Jack Harlow is fine, but that’s besides the point. - Briah Lumpkins, Managing Editor

“TIME OF THE SEASON” – THE ZOMBIES

This song is amazing. It was released in 1967, so it totally captures the “Summer of Love” vibe. Especially with summer starting to wink at us, and spring flexing its flowers, it’s nice to listen to a light and sexy song from a different time. It has a changing tune that switches pace from verse to verse, lyrics that want to make you sing along with a gorgeous man who hasn’t had a hair cut in months and melodic breaks that leave room for you to dance your heart (and hips) out. This is the type of song you’d hear pouring out of a volkswagon van going 45 mph as you pass it on some scenic american highway – and that’s coming from someone who owns one of those beat up VW’s. – Rebecca Wolff, Opinion Editor

Who doesn’t love an alt-indie break up song with a hint of optimism? The lyrics definitely hit harder than most break up songs with Lucy Dacus admitting that she may still have feelings for someone, but she knows she deserves better. The song builds the entire time you're listening, leaving you wanting more. You would never guess it was seven minutes long. – Abby Bammerlin, Campus & Community Editor

This song is perfect for recreating a lazy, rainy Sunday vibe. It’s the ultimate chiller song about a soft, lifelong love and I could close my eyes and listen to it forever. Bruno Major brings a celestial mood to the table with a lulling, angelic voice, specializing in the cleanest, lightest runs I’ve ever heard. If you’re deep in love or if you need loveful ear candy, this song, and Bruno Major’s music, is perfect for you. – Cosette Gunter, Asst. Campus & Community Editor

The irony of writing about this song on 4/20 is painfully obvious… but I digress. Royal & the Serpent is actually just one woman, and she makes mostly indie pop music (my favorite). This song has the ultimate upbeat, creepy alt vibes, complete with scooped notes and dissonant chords. The chorus packs a punch with the repeated title line, “I can’t get high,” and the theme of lost love and unhealthy coping mechanisms hits home a little more in this time of COVID-19 isolation. – Maggie Peña, Multimedia Editor 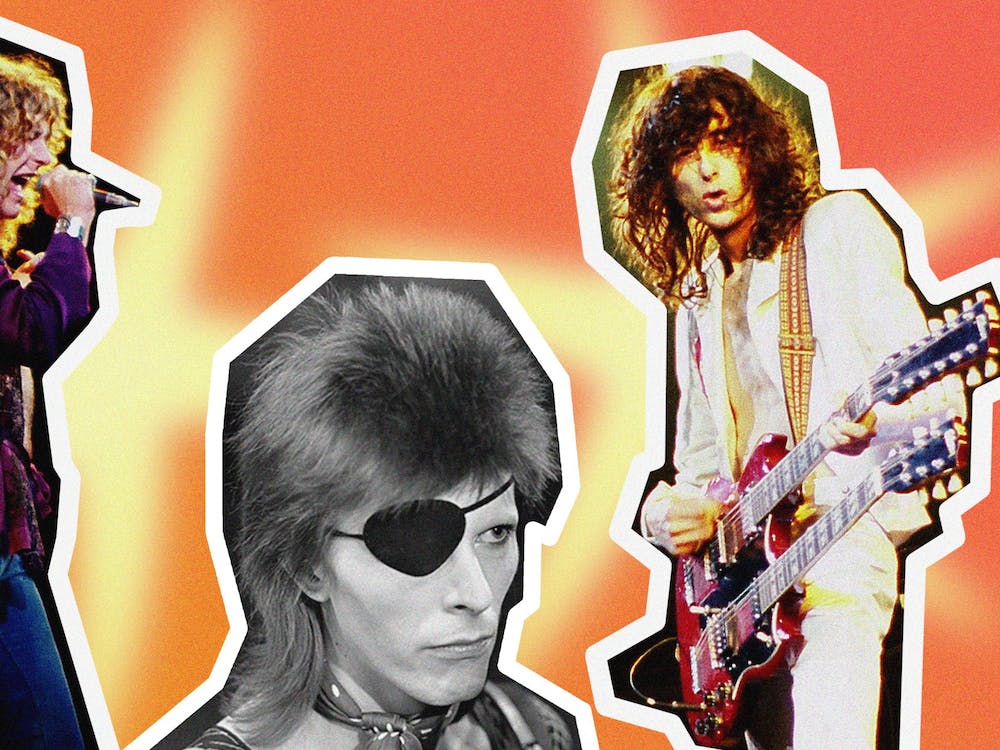 "2021 Oscar predictions" is the 6th episode of The Miami Student's entertainment podcast, Pop Culture Convos This week on Pop Culture Convos our host David Kwiatkowski discusses his predictions for the upcoming 2021 Oscars. After the Oscars have aired, he will be joined by our two multimedia editors, Sarah Grace Hays and Maggie Pena to discuss the outcomes.

The music video looks that never leave my mind

However, for the looks I’ve chosen for this list, the sheer fact that I have spent more time thinking about them than I do my homework means something.