After three seasons of little improvement, and perhaps even some regression, his Miami RedHawks squad needed to make some noise in the Mid-American Conference (MAC) this year.

The team had to do so without its star player, guard Nike Sibande, after he transferred to Pittsburgh.

Things didn’t look great to start the season. After six games, the team was 3-3, with two blowout losses and three wins against lesser competition.

After a narrow defeat against Bradley on Dec 19, COVID-19 reared its ugly head. The team shut down team activities through the end of the calendar year and didn’t play its next game until Jan. 9.

The ’Hawks managed to win that one, 70-58, against Northern Illinois. Miami lost its next game to Ohio, but the team was on a roll. It scored 80 or more points in its next four games, three of which were RedHawk victories.

Then their scoring came back to Earth as they lost four straight games to tough competition.

Still, Miami managed to win four of its last five games, earning a trip to Cleveland for the second year in a row.

Though the team’s performance in the MAC tournament was solid, it wasn’t enough to beat the Buffalo Bulls.

Buffalo almost ran away with the game a few times, but the RedHawks always responded, cutting the Bulls’ lead to 59-58 with four minutes remaining. Buffalo ended the game on a 15-5 run to win, 74-63.

After a breakout season for Owens and his program, let’s take a look at the team’s roster this season and going forward.

Ayah played his best basketball toward the end of the season, starting the RedHawks’ last six games and giving them good minutes. He was the team’s best big man in the MAC Tournament, scoring nine points and grabbing six rebounds.

Jovic’s playing time faded as the season went on, and his scoring was a non-factor. Still, he gave the team key minutes when needed and could space the floor.

Though he made only three of his 14 attempts from 3-point range this season, Jovic leaves Miami as a career 37.4% 3-point shooter.

Ayah and Jovic were consistent rotation players this season, but the RedHawks shouldn’t have a hard time replacing either of their minutes.

Grant made a leap in his sophomore season, becoming the team’s leading scorer. He improved his scoring average from 9.3 points per game to 13.7 and drastically boosted his shooting percentages.

Grant was Miami's most reliable 3-point threat, making a team-high 57 shots from behind the arc on 41%. He eclipsed 20 points in a game five times this season, including a career-high 28 points in a blowout win against Eastern Michigan.

Perhaps Grant’s best game came on the road against Central Michigan. He scored a game-high 25 points and made seven of his 12 shot attempts from 3-point range. Grant’s hot shooting was a key factor in Miami hitting 18 threes in the game, the most in school history.

After the season, Grant was named a third-team All-MAC player. The sky's the limit for him, and with more consistency, Grant could find himself on the first team-All MAC in the future.

Brown improved his game in a meaningful way this season, averaging career highs in scoring, rebounding and assists.

He also improved his shooting percentages, going from a paltry 29% behind the arc to 37.3%. His 48.5% from the field and 85.7% from the free throw line are both career highs.

Simply put, Brown looked more comfortable scoring the ball, whether it was a catch-and-shoot three, a face-up jumper or going all the way to the rim.

He made a big impact on the boards, leading the team with 7.4 rebounds per game. Though Grant was the lone RedHawk who made an All-MAC team, Brown was arguably the team’s best all-around player.

Although Brown is a senior, he will use an extra year of eligibility due to COVID-19 to come back for another season.

Lairy took on a bigger role this season. He started every game this year after mostly coming off the bench his first two seasons and was one of the team’s most consistent players.

He led the team in minutes played and assists while raising his scoring average from 8.2 to 12.8 points per game. Lairy shot a team-high 41.6% from 3-point range and was generally an efficient player.

The junior’s ability to navigate ball screens, drive into the lane and shoot pull-up jumpers makes him a tough player to guard. Despite his stature, he also plays with a lot of tenacity on the defensive end of the floor.

Next season, Lairy should be one of the team’s most important players and a leader on the court.

White was often the forgotten man this season. He wasn’t option one, two or three on the court, and scored in double figures only four times the whole season.

Still, the redshirt sophomore was one of the team’s most tenacious players, often having to guard bigger players. He was perhaps Miami’s best guard defender and could guard the opponent’s best perimeter threat. If there were a stat for charges drawn, White would almost certainly lead the RedHawks.

White’s shooting improved from last season, as he went from shooting 22.5% from three to 41%. His 88.2% from the free-throw line is first on the team among players who shot at least 10 free throws.

In short, White is the perfect “3 and D” role player.

He isn’t the most talented player on the roster, but White will have a defined role for as long as he stays in Oxford.

McNamara started nine games at the start of conference play but struggled to stay on the floor throughout the season. The 6’9” forward has shown flashes during his time at Miami but has never been able to put it all together.

During the final stretch of conference play, Ayah took McNamara’s starting spot and some of his minutes.

With Ayah gone, McNamara may be able to carve out a consistent role and could even take back his starting spot.

Coleman-Lands, also known as ICL, was the team’s sixth man at the guard position. The redshirt junior was a strong veteran presence this season, and could come into the game and slow things down as a point guard.

He had a 2.6 assist to turnover ratio, which ranked second in the conference. His 67 total assists for the season is a career high and was good for second on the team.

ICL’s shooting took a tailspin this season, going from 35.3% from 3-point range to 29.5%. Still, his 7.8 points per game make him the team’s fourth-leading scorer.

Coleman-Lands is a key piece for the RedHawks going forward, as he should be in red and white for at least one more season.

Beck was a revelation for Miami this season, the first he played in Oxford since transferring from Oakland University in Michigan. He was in the starting lineup to begin the season but eventually settled nicely into his role as a bench player.

The redshirt junior came into the game and brought instant energy on both ends of the floor. His 4.9 rebounds per game ranked second on the team behind Brown.

Although scoring isn’t Beck’s No. 1 priority, he still managed to score 7.1 points per game, fifth on the team. He set a career high with 24 points in a Feb. 6 loss against Buffalo.

Beck racked up a team-high 51 fouls on the season and sometimes found himself glued to the bench with foul trouble. If he wants a bigger role next season, Beck needs to get better at being an inside presence without fouling.

Etzler didn’t have a big role this year, but he was a solid bench player when called upon. The redshirt freshman played in 17 of the team’s 23 games.

His most consistent skill this season was the ability to hit the long ball, as he shot 37.5% from behind the 3-point line.

Etzler’s most productive game was a blowout win against Central Michigan, when he scored 13 points and made three of his five shot attempts from 3-point range.

Standing at 6’8”, Etzler’s size and shooting make him a prime candidate to earn a bigger role next season.

Owens’ recruiting class isn’t solidified yet, but he should get contributions next year from players already on the roster. The one other player Miami might miss is junior forward Josh Brewer, who entered the transfer portal earlier this week.

Freshman center Jackson Ames is a young player who could develop into a solid starter during his time in Oxford. The 6’11” Ames appeared in just six games this season.

Freshman guard Bryson Tatum is another player who could turn into a useful piece after taking a redshirt season. With Grant, Lairy, White and Coleman-Lands in front of him on the depth chart, Tatum can develop on his own time.

With more internal improvement and a (hopefully) full slate of offseason practices and workouts, the Miami RedHawks may have a chance to be one of the top teams in the MAC next season. 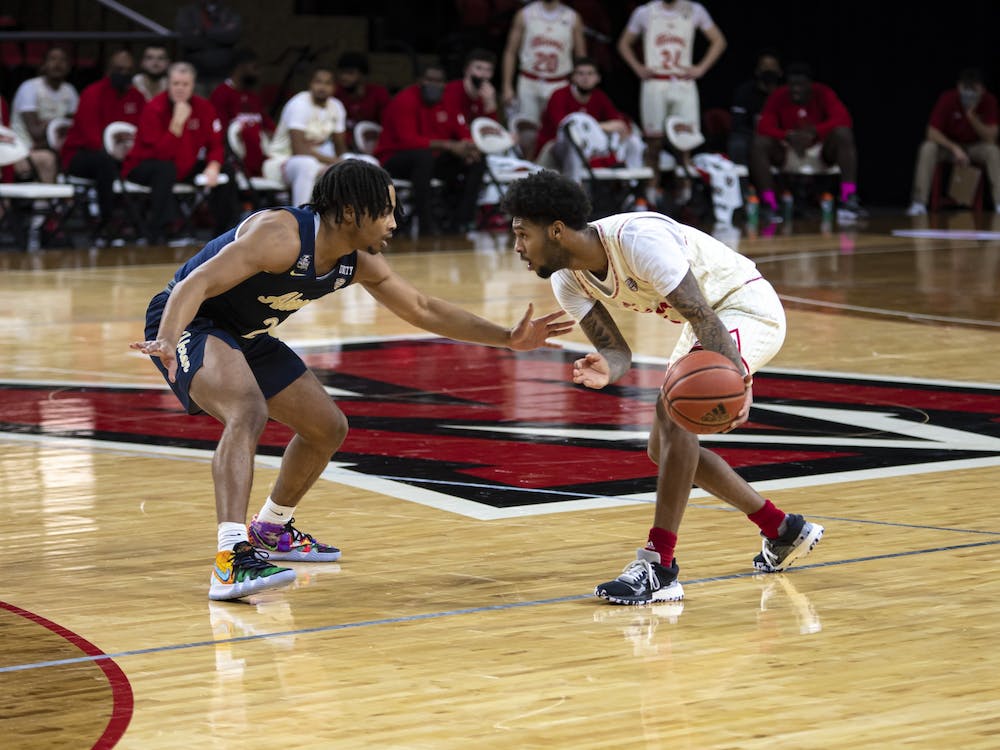 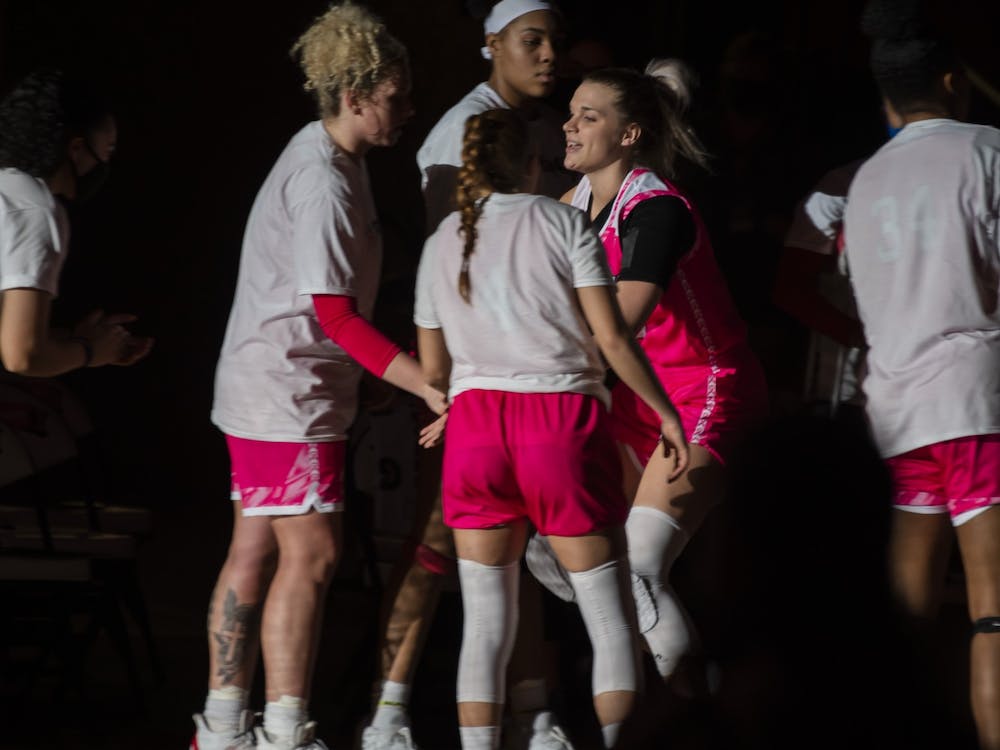