Originally from the Cleveland area, Forbes has been making music at her parents’ home in Charlotte, N.C., since graduation. She graduated from Miami with a degree in theatre and finance with a music minor. Throughout her years at Miami, Forbes acted in plays, was the musical director for the Miami Misfitz and played for the orchestra.

Despite her degrees, she had an eye-opening moment junior year that led her to focus on her musical career. After all the time she put into her degree, it still seemed to matter less to her than music.

“I’m going to prioritize music, and I’m going to be a musician,” Forbes said. “Deciding that was a big step for me.”

Forbes has put a lot of time into music throughout her life. Forbes can play the piano, guitar, cello and has recently started playing bass. She was also a part of the Contemporary Youth Orchestra of Cleveland. Forbes said she often dismissed her own talents and never saw songwriting as a valid career path.

“Sometimes I just think in terms of music,” Forbes said. “I always invalidated the fact that I was naturally writing stuff in my head.”

The pandemic relieved pressure off Forbes as getting a job was difficult for most people. Without something lined up, she decided to lean into her music career while working a part-time job.

“I’m still applying for jobs for the purpose of supporting my own music career,” Forbes said. “But I can completely prioritize music in a way I didn’t think would be possible before graduation.”

Rian Sondag, Forbes’s friend from the Miami theatre department and 2020 graduate, is impressed by her work ethic during this unpredictable time.

“I’m amazed, especially in the pandemic too, [by] Brooke’s motivation,” Sondag said. “I know this is something she will make a career out of.”

Another friend, Austin Lamewona, agreed. Lamewona got close with Forbes while on a theatre trip to Chicago during their senior year in 2020.

“Brooke went, in a year, from not having any songs written to having two singles out,” Lamewona said. “That’s not an easy thing to do, especially with the attention to detail she has.”

Forbes released her first single, “Not Think,” in October 2020 with a short promo video and her second, “Under Wraps,” at the end of January. Her first single was created from a guitar pattern given to her by a friend. After learning the pattern, she said the words started to form organically.

“I sat down and recorded a really low-quality demo of it as soon as I wrote it,” Forbes said.

Her second single just popped into her head.

She spent months editing and exploring the hidden meaning behind the lyrics in her head. Forbes changed the verses several times to get to the heart of what she was feeling.

“I realized the core of everything inspiring the song was me being a people pleaser and feeling like I’m not in control of myself,” Forbes said.

After releasing two singles, Forbes is now working on her EP. She said she’s excited for the variety of music she’ll be producing. She plans to include an acoustic version of  “Under Wraps.”

As an artist, Forbes said she wants to be unique. She admires artists like Regina Spektor because of how niche and unique they are.

“That would be my dream,” Forbes said. “To be doing my own thing, never conforming to anything and staying real to me.”

For Forbes, success is not being on the radio or having a sold-out show but having a genuine fan base and a strong sense of self.

“My goal is to connect to my inner artist as much as I can and build that relationship with myself where I feel creatively free,” Forbes said. “I want to be authentic everyday and be expressing who I am through my music. My goal is not something external that I can reach and achieve, but my goal is within myself. I’m not chasing something that’s outside of me.”

Though Forbes aims to develop herself creatively, she does receive a lot of support from her friends. She has been working with Lamewona on developing a musical called “Underground.”

Through their time working together, he has seen her develop.

“It’s been very encouraging as an artist to see the amount of work Brooke has put in to be at the point she is now,” Lamewona said.

Lamewona talked about how easy it is to communicate creatively with Forbes.

“That’s Brooke’s biggest asset,” Lamewona said. “When it comes to creating music and art, there's not really any ego. There's just a drive to make it better. She has an insanely good ability to communicate her ideas when it comes to music.”

Though she may be breaking even just to get her songs on Spotify -- the money she makes is negated by how much she has to spend to get her songs on the platform -- it’s not stopping Forbes. She continues to press on to figure out who she is as an artist. 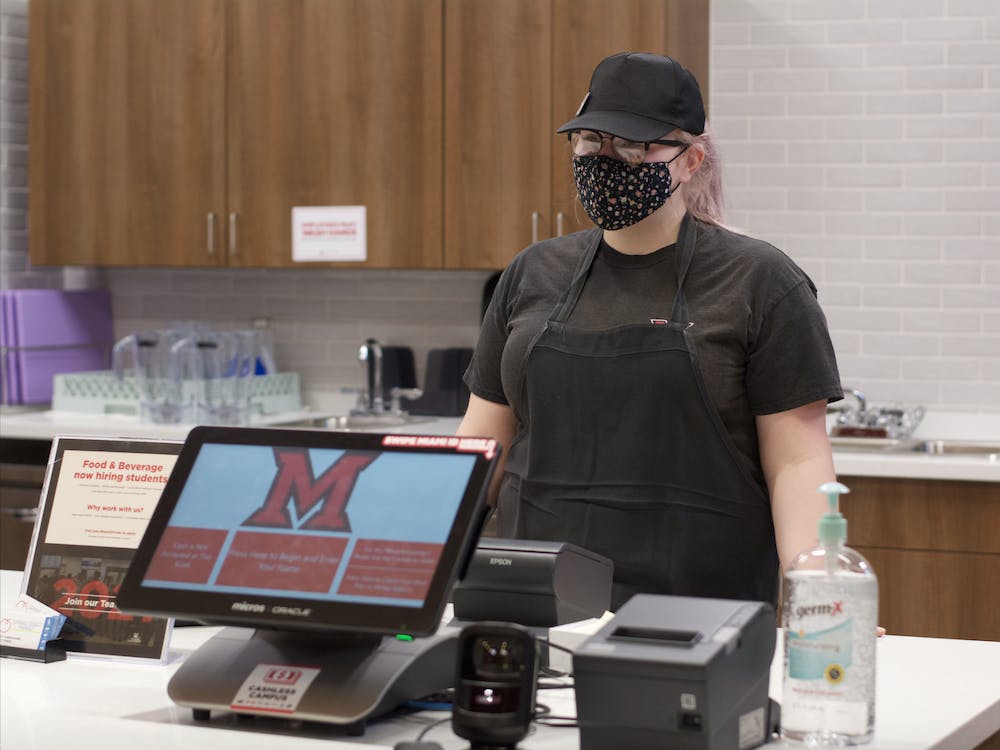